With the Borussia Dortmund winger attracting interest from Real Madrid, the Red Devils have started drawing up a list of alternatives they could pursue if they fail to land Sancho.

Sancho, who has already scored 17 goals in the Bundesliga so far this season, has been linked with a summer move to Old Trafford for quite some time. However, with Dortmund adamant of not lowering their £105m valuation of the 20-year-old, United have apparently started identifying alternatives.

Manchester Evening News report that in addition to Almada, who plays for Club Atlético Vélez Sarsfield, Schalke winger Rabbi Matondo and Bournemouth’s David Brooks are also on the three-man transfer wish-list that United have drawn up in the event they fail to sign Sancho .

Almada is undoubtedly the most exciting of the three players on the list. The 19-year-old can play either on the wing or up front and was close to signing for United’s rivals Manchester City before he agreed a contract extension with the Argentine outfit last summer.

Amid transfer rumors linking the Belgian international to AS Roma and Lazio, Spurs have made their effort to extend his stay at the club until the end of the Premier League campaign.

Tottenham Hotspur have offered a one-month contract extension to Jan Vertonghen with a view to let him help the club finish the 2019/20 Premier League season, reports Belgian newspaper Het Niewusblad.

Vertonghen, who is set to be out of his contract with Spurs at the end of this month, has attracted interest from multiple Serie A clubs over the past few months. Ligalive had, meanwhile, reported last month that Inter Milan striker Romelu Lukaku wants Vertonghen to join him at the Nerazzurri.

The 33-year-old is far from being the only player whose immediate future hangs in the balance now that the English top-flight campaign has been extended until the end of next month.

Premier League have given the clubz the 23 June deadline to sort out their situation with their soon-to-be out of contract stars.

With the twice Champions League winner having an offer on the table from Newcastle United, the Reds have reportedly identified his replacement.

Liverpool won’t go out in the transfer market and make a new signing if Xherdan Shaqiri leaves the club in the summer, as per Liverpool Echo.

Instead, as per the Liverpool-based news outlet, the Reds will simply rely on Harry Wilson who would return to the club after completing his season-long loan at Bournemouth.

Wilson has impressed during his time at the South Coast where he has found the back of the net seven times in only 19 league starts for Eddie Howe’s side.

The 28-year-old Swiss international Shaqiri signed for the Reds in £13m deal in 2018 from the Stoke City side that were relegated from the Premier League. He has made 40 appearances in all competitions for Liverpool over the past two seasons, scoring 7 goals in the process. 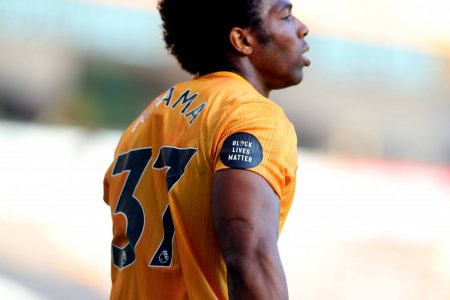