He might join the Old Lady on a free transfer

PSG star striker Edinson Cavani is set to ignore transfer interest from Manchester United and sign for Juventus next summer, as per reports.

According to a report from Italian news outlet Calcio Mercato, Paris Saint-Germain striker Edinson Cavani could sign for Juventus on a free transfer next summer.

Cavani, 32, is in the last year of his PSG contract and will leave the club alongside center-back Thiago Silva at the end of the current campaign.

After seeing Cavani rejecting multiple contract offers to extend his stay at the Parc des Princes, PSG signed a potential replacement in Mauro Icardi in August.

The news of Cavani already agreeing terms with Juventus ahead of a potential move to Turin next summer would no doubt frustrate Manchester United who thought they had the chance to sign the Uruguayan on a free transfer.

Cavani is one of the best strikers in the game

After scoring 195 goals in 282 games during his 6-year stay at the Ligue 1 Champions, Cavani believes the time is right to seek new pastures.

The 32-year-old striker joined the French powerhouses in the summer of 2011 for a €64 million fee from Serie A outfit Napoli, where he spent two highly prolific seasons prior to his move to France.

The Uruguayan’s stay at the club was highly productive for Ligue 1 Champions, as they won five titles, five league cups, four French cups and four Champions trophies with him in their side.

But Cavani has been unable to replicate his past form this season as repeated injuries have restricted him to making only three appearances in all competitions so far.

However, given the form he has shown for his club and country over the last decade, no one doubts that the 32-year-old is still one of the deadliest finishers in the game.

How a dog saved Manchester United from bankruptcy

After losing Romelu Lukaku to Inter Milan and letting Alexis Sanchez join AS Roma on loan, the Red Devils have been woefully short of attacking options this season.

Repeated injuries to Marcus Rashford and Anthony Martial has further restricted the options for manager Ole Gunnar Solskjaer, who has been forced to select 19-year-old Mason Greenwood in his starting XI in recent weeks.

Interestingly, before Cavani put pen to paper to extend his stay at PSG last year, the Red Devils were one of the many clubs pursuing his signature,

Former Man Utd midfielder David Beckham is also reportedly interested in making Cavani one of the marquee signings for his new MLS side Inter Miami.

However, with Cavani adamant that he still has what it takes to play for an elite European side, Juventus seems the only destination for the Uruguayan once his 7-year association with PSG comes to an end next summer. 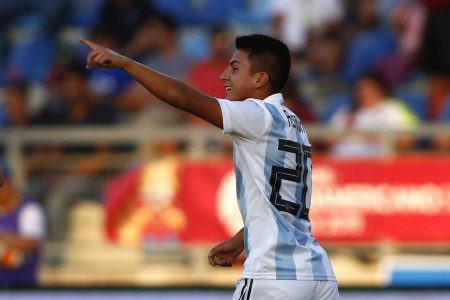