The 31-year-old has been in fine form this season

The Red Devils have been short of attacking options following an injury to striker Marcus Rashford which could keep him out of action until May.

Manchester United have enquired Leicester City about the availability of striker Islam Slimani amid reports that the Red Devils want to secure the loan signing of the Algerian in January.

Ole Gunnar Solskjaer is facing a crisis in the club’s attacking department after the long-term injury suffered by in-form striker Marcus Rashford earlier this month.

The 22-year-old England international, who has been the top-scorer for United with 14 league goals this season, suffered a lower back injury during his side’s victory in the FA Cup third round over Wolves.

And with reports claiming that Rashford could be out of action until May, United might be forced to look for options in the ongoing January transfer window.

Mail Online reports that Leicester have told the Red Devils that it would take a bid in the region of £4m if they wish to secure the temporary signing of the striker until the end of this season.

The 31-year-old Algerian was shipped out on loan by Brendan Rodgers before the start of this campaign and seemed to have found his scoring boots while playing for his new club AS Monaco.

Slimani has scored 7 goals in just 11 starts in Ligue 1 this season, with the Algerian providing another seven assists to his teammates.

But while his numbers no doubt paint the picture of a man in form, the Algerian has struggled to score goals for his new club in the past few months.

Including his strike against reigning champions Paris Saint-Germain a fortnight ago, the on-loan Leicester striker has scored only two goals in his 9 appearances for club and country.

Why Quique Setien is the perfect manager for Barcelona?

According to a report from The Sun, the Old Trafford residents are weighing up a transfer offer for the Uruguayan who will be out of contract at PSG at the end of this season.

The 31-year-old has handed in a transfer request at the Parc des Princes and might be available for a transfer fee of around £12.8 million this month.

But while he does want to leave Ligue 1 before the end of this month, Cavani’s wages could prove to be a significant stumbling block for any club willing to secure his services.

The proven goal-getter will demand £360,000 a week in wages and a two-and-a-half-year contract from United before committing his future to the club.

And as per the Telegraph, the Old Trafford higher-ups are baulking at these terms as they are wary of making the same mistake the club made when it signed Alexis Sanchez from Arsenal. 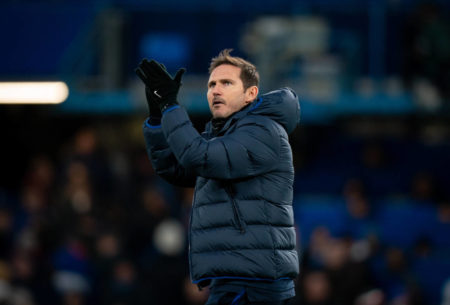