The German intends to stay put

The 31-year-old former German international signed a new 3-year contract with the Gunners in 2018 that extended his stay at the Emirates until 2021.

Mesut Ozil has claimed that he intends to see out his £350,000 a week contract with Arsenal that would see the German remain at the club until 2021.

The German assist-master joined the Gunners from La Liga giants Real Madrid in 2013 and has gone on to become one of the most important players for the side.

Despite his impressive services for the club, which include Ozil providing 53 assists to his teammates in 178 league appearances for the Gunners, he looked destined to leave the Emirates before the arrival of Mikel Arteta as he was frozen out by ex-boss Unai Emery.

However, as the 31-year-old has now claimed, the confidence given to him by his new manager has convinced the former Real Madrid man to remain in North London for the remainder of his contract.

Ozil wants to see out his Arsenal contract

While speaking to beIN Sports earlier this week, the former Germany international indicated his desire to remain at the Emirates until the summer of 2021 when his current contract expires with the side.

‘I’m very pleased with my contract and I will continue here this season and next,’ he told beIN Sports upon being quizzed about his future.

‘I can’t tell you what the future will bring, I’m excited about the future, but I don’t know what’s going to happen.’

Prior to the appointment of Arteta by the Gunners, there were rumors linking the 31-year-old to a loan-move to Turkish outfit Fenerbahce in the January transfer window.

But with the former Man City assistant boss indicating his trust in the German in his multiple press conferences, the stylish playmaker once again looks set to become a pivotal part of the Gunners.

How important has the German been for Arsenal over the years?

During his six-and-a-bit season stay at the Emirates Stadium, Ozil has created more big chances for his teammates (64) in the Premier League than any other Arsenal player in that period.

Since the German made his debut for the Gunners in 2013, only Kevin De Bruyne (60) and David Silva (60) have provided more assists than Ozil (53) in the Premier League.

Despite coming 2nd best against the Belgian, who completed a half-century of assists in 123 league games, Ozil reached the 50-assist mark in fewer games (141) than all-time greats like Eric Cantona (143), Dennis Bergkamp (146) and Cesc Fabregas (166).

Therefore, while the criticism which is leveled on him for his lack of defensive duties is justified, Ozil, when in form, does more than enough to justify the astronomical wages he earns from the North London club 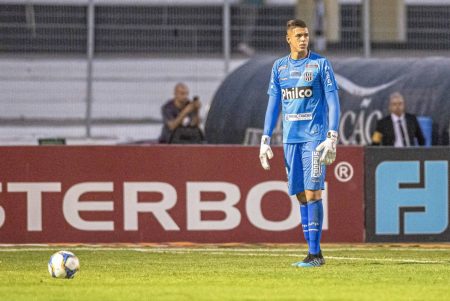