The transfer fell through in 2018

Former Liverpool transfer target Nabil Fekir has belittled suggestions that he didn’t join Liverpool in 2018 because of a knee problem.

Fekir, 26, was on the verge of completing his move to the Merseyside club in the summer transfer window of 2018 for a proposed transfer fee of £53m.

However, the move failed to see the light of the day after the Liverpool medical team showed concerns over the midfielder’s long-term knee problem.

The move had gone forward to such an extent that before the news of the move falling through made it to the social media, there were pictures of Fekir posing in a Liverpool shirt.

Inevitably, then, given the manner in which the move fell through, there were plenty of questions about why exactly did the current European Champions decided against signing Fekir.

In addition to rumors about his knee injury behind Liverpool’s move to pull the plug on the transfer, some outlets claimed that it was Fekir’s family which told him not to move to the Merseyside club.

However, in a recently given interview, the new Real Betis signing has rebuffed all such rumors.

“Especially those told about my family. It hurt them and me. Especially when you know that’s what being told is false.

“What was said is not the truth. My knee is good – I had a quick medical check at Clairefontaine (France’s national training base) – my knee wasn’t even mentioned.

“But the worst thing is the idea that people could suggest that it’s because of my family that the transfer didn’t happen. It’s a lie. But you have to live with it.”

What Arsene Wenger and Jose Mourinho have to say about Anfield's atmosphere?

Fekir - I don't know why Liverpool didn't sign me

When pressed by the gathered journalists to give the real reason why Liverpool pulled the plug on his deal, Fekir admitted that he remains in the dark.

“You want the truth? Even I don’t know – I promise you! I did my medical and then [Liverpool] decided not to sign me,” he added.

“At some point they wanted to have me believe it was because of my knee – but an excuse needed to be found.

“The medical tests that I did at Clairefontaine were very clear – my knee is perfectly fine and I feel fine. There are no issues at all with my knee.”

Fekir is currently a part of the French squad which is taking part in the Euro 2020 qualifiers, with the midfielder set to be given a chance to impress when his national side host Andorra tonight. 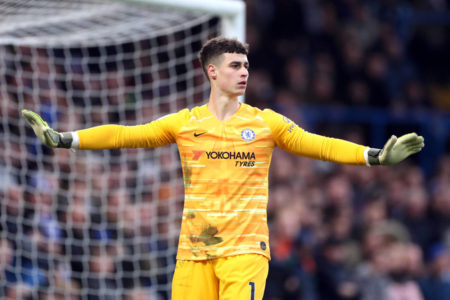