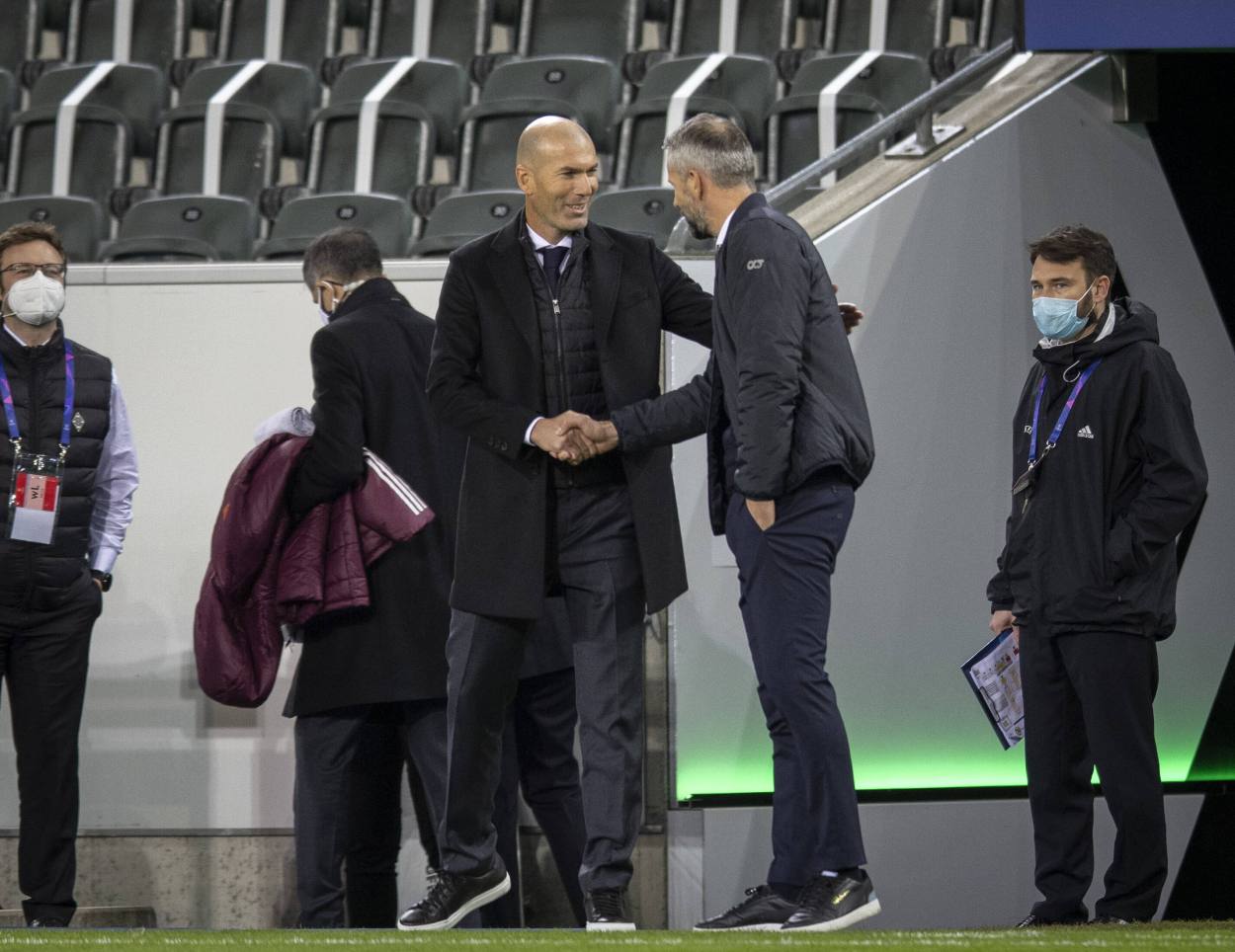 Defeat on Thursday will send Los Blancos to the 2nd tier European competition for the first time in the club’s illustrious 118-year history.

Real Madrid will be aiming to avoid the unthinkable by beating Borussia Monchengladbach in the sides’ final match of this season’s Champions League group stages on Wednesday.

Zinedine Zidane’s side are coming into this game after accumulating seven points from their opening five games of the competition. Madrid are currently sitting at 3rd place in Group B and a defeat will send them packing to the UEFA Europa League for the first time in their history.Monchengladbach might be occupying at first place in the group, but they too are yet to qualify for the round of 16. A defeat on Thursday combined with a result in the Inter Milan – Shakhtar Donetsk clash will force Marco Rose’s side to play Thursday night football in the second half of this season.

That means that stakes couldn’t have been higher for both sides coming into their Wednesday’s Champions League clash as both are aware that only a victory will guarantee Champions League football come February.In a huge boost for the club's chances of qualifying for the round of 16, Madrid should be able to nominate Sergio Ramos in their starting XI.

The 24-year-old center-back has missed his side's last five games in all competitions after suffering a hamstring injury in the middle of November. His absence from the side was felt dearly by Los Blancos who won 2 and lost 2 of the five games they played in the absence of their skipper.

Ramos' return to the starting lineup might allow Zidane to bench Nacho Fernandez who was playing as a center-back for the past few weeks. However, the home side remain without the likes of Eden Hazard and Dani Carjaval for this Thursday's clash.

As for Monchengladbach, the Bundesliga outfit will once again be without their first-choice center-back pairing of Nico Elvedi and Tony Jantschke. Their continued absence will force Christoph Kramer to play as a center-back again.

Thuram, who scored in the reverse fixture in December, will return to the starting lineup after being named on the bench against Freiburg at the weekend, but Ramy Bensebaini is still unable to return from a positive COVID-19 test.Given the fact that a place at round of 16 is at stake, both the teams are expected to throw caution to the win and go for a victory on Thursday.

Such a free-flowing game might suit the away side as they have already scored 35 goals in only 15 games in Bundesliga and Champions League this season, though the fact that they have let in 23 goals in the process means that Real might also get ample opportunities to score.

That might be good news for Zidane’s side which has been unable to create quality chances in front of their opposition’s goal, as evidenced by the statistic that Karim Benzema, the club’s top goal-scorer in all competitions, only has four goals to his name.Possible Real Madrid starting lineup: Courtois; Vazquez, Varane, Ramos, Mendy; Casemiro, Kroos, Odegaard; Asensio, Benzema, Vinicius