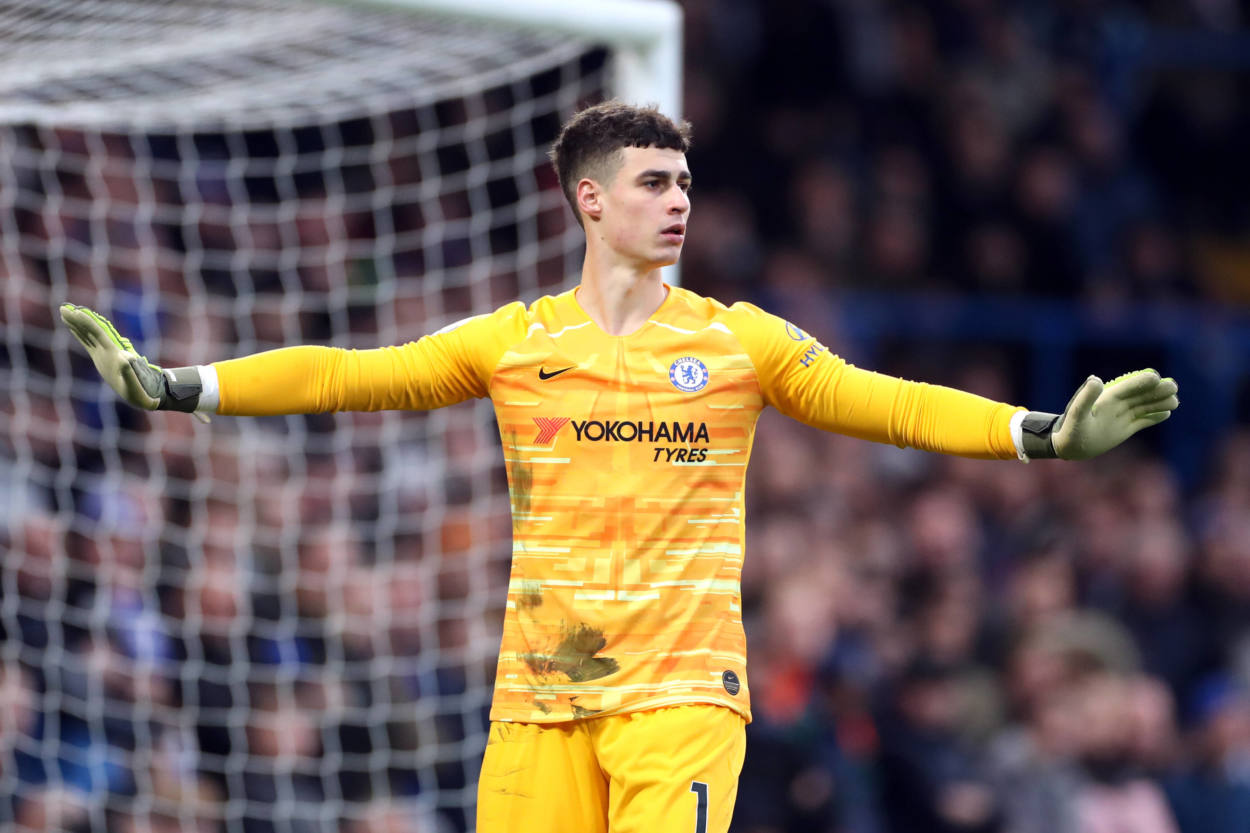 According to data, Chelsea shot-stopper Kepa Arizzabalaga has the worst save-percentage of any goalkeeper in the Premier League this season. The Blues’ number 1 is joined by goalkeepers from Burnley, Wolves and Norwich City.

The goalkeeper with the worst save percentage in the Premier League this season also happens to be the most expensive player in his position of all time.

Chelsea shot-stopper Kepa Arrizzabalaga has the worst save percentage of any goalkeeper in the Premier League so far this season.

The Blues number one has saved only 55% of all the shots that he has faced in the league, a much lower percentage than any of his fellow goalkeepers in the top-tier of English football.

His poor form comes as a huge surprise given the fact that the Spaniard is the world’s most expensive goalkeeper of all time and the highest-paid player who is currently on the Blues’ payroll.

The Stamford Bridge residents snapped up Kepa in 2018 in a £71m deal from Spanish side Athletic Bilbao and he is currently earning £150,000 a week in wages from the club.Two of the five goalkeepers with the worst save percentages in the Premier League this season come from relegation-threatened sides.

Nick Pope, whose Burnley side sits just five points clear of relegation places, is the 2nd on the list with a pitiable 60% save percentage. The English goalkeeper has conceded 37 goals already this season and manages to let-in 1.68 goals per game.

Third on the list is Wolves goalkeeper Rui Patricio. The Portuguese presence so higher up this list is surprising given that his side have turned their poor early-season form around and currently find themselves level on points with 5th placed Manchester United.

Former Newcastle United shot-stopper and current Norwich City goalie Tim Krul is the 4th name on the list. The Dutch goalkeeper has conceded 38 goals for the bottom-of-the-table Norwich City though, surprisingly, his shot-saving percentage (62.7%) is the same as that of Patricio.Given that his side have now managed to keep 7 clean sheets in a row in the league, it shouldn’t be surprising that Liverpool and Brazil number-one doesn’t let much get past him.

The 26-year-old missed the opening few months of the season due to an injury he sustained on the opening weekend but came back stronger to stake his claim to the Golden Gloves title, an award which he also took home last season after keeping the most number of clean-sheets.

Credit has to be given to the Liverpool’s defense for making their final-third almost impenetrable for the opposition attacking departments. Alisson’s league-high save percentage of 83.3% is helped by the fact that he has faced fewer shots on target (30) than any other goalkeeper in the Premier League.

What is perhaps more surprising is that Ederson, the goalkeeper of the 3rd best defensive team in England in Manchester City, hasn’t made it to the top 10. The Blues number features 11th on the list with an unflattering save percentage of 67.3%.