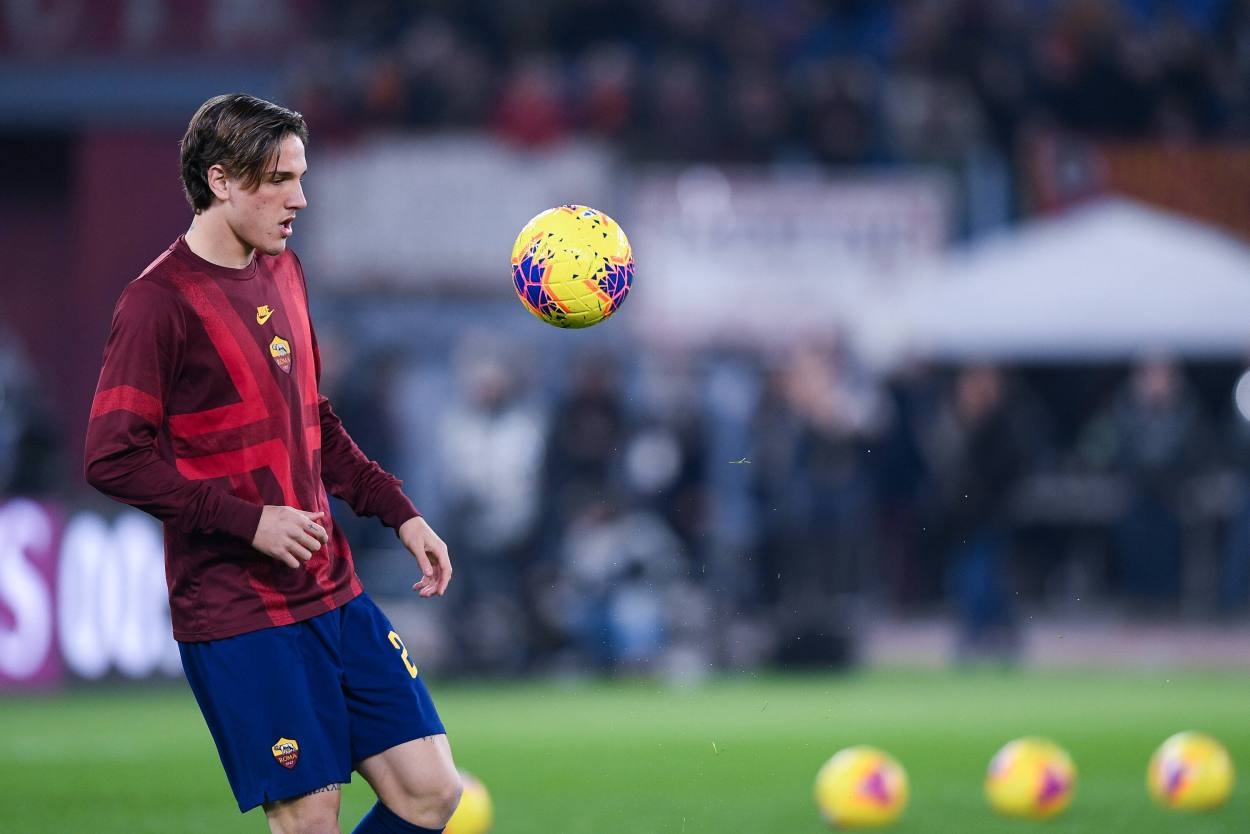 Roberto Mancini backs Roma starlet, Vidal has no intentions of leaving Barcelona and more. Ligalive TV: All the latest news

The young Italian has shown glimpses of his talent since joining Roma, and the Italy boss thinks he has a bright future ahead of him, providing he stays true to his goals and work hard.

Nicolo Zaniolo, 20, has already caught the eye of many since joining the Serie A giants in 2018 from Inter. He has already broken through to the first team, making 45 league appearances, while also chipping in with 8 goals. He is also on his way to becoming a regular international, with 5 outings for his national team to date.

Roberto Mancini was quick to applaud the Roma starlet's progress so far, but he also had a few words of advice for the player: “I believe the boy has the potential to become a world-class player, if he remains committed and serious. He is still young and has not yet found his true role in the team. In my opinion, he still has a few years left to develop.”Earlier this year, Zaniolo was linked with a move to the Manchester United reportedly an interested suitor, but the Giallorossi star was quick to affirm his loyalty to Roma.The Chilean international is consistently being linked with a move away from the Catalan giants since the turn of the year, but despite all the fuss, he is focused on performing well and achieving success with his current employers.

Midfield enforcer Arturo Vidal claims he is proud to play for Barcelona and if it were solely up to him, he would never leave the club. Recent rumours have suggested that Inter are after his signature, with former mentor Antonio Conte looking to add him to his ranks once again.

But the player himself has reaffirmed his commitment to the Blaugrana‘s  cause, and with La Liga set to resume in the upcoming weeks, he is more eager to return than ever.

“The most important thing is to feel comfortable and satisfied, and that is what I have here at this club. There is a great squad, the dressing room is unite, we've been training hard and we're raring to go, so of course I want to stay here,” he said during an Instagram Live Chat.The veteran German midfielder has revealed the person who had the most influence in his professional career, while also saving some nice words for a Juventus teammate.

Sami Khedira, 33, has been with the Serie A giants since 2015, and has already tasted glory with the Old Lady on more than one occasion, lifting four domestic league crowns and three domestic cup titles, as well as the Italian Supercup in 2018. Speaking on Instagram on Thursday, he looked back on his career so far and revealed the most influential figures for him throughout the years.Perhaps unsurprisingly, he chose Cristiano Ronaldo as one of the best he has every played with. “The guy is amazing, his skills are unbelievable. On top of that he is a great person and a role model for everyone, I've played seven years with him, first at Real Madrid and now here so I know him well, I would say!”

The former Real Madrid midfielder also had time to spare for former Madrid boss Mourinho, who brought him at the Santiago Bernabeu in 2010. “He is the one who gave me a chance at the biggest stage and put his trust in me. Mou is the coach that taught me a lot and we still keep in touch to this day.”