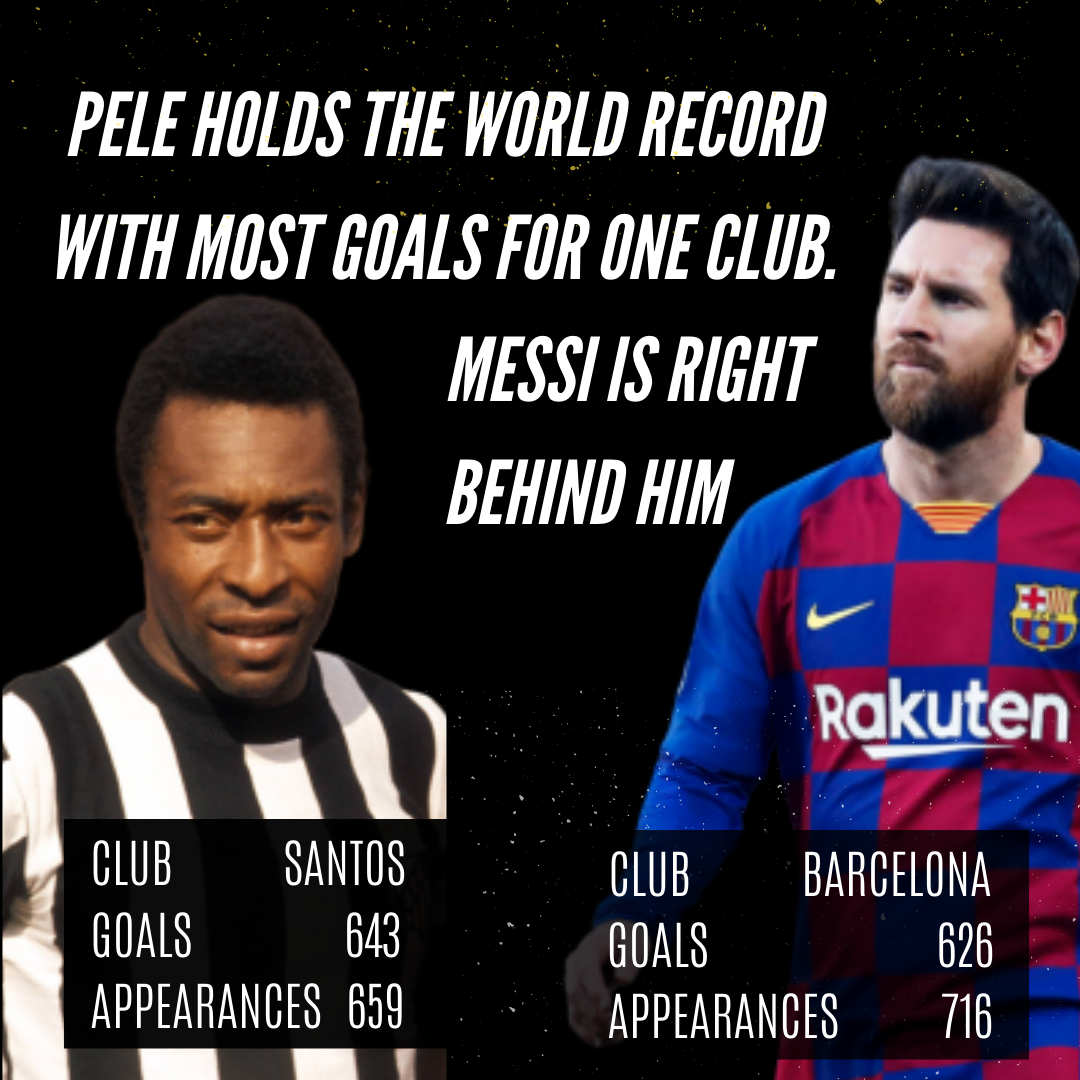 Lionel Messi is, after Pele, the player who scored the most goals for a single football club. In 2019 he scored 49 goals in 55 matches for Barcelona. Given his commitment to the club and no intent to leave Barca anytime soon, it is very likely that he will break Pele's record in the near future.