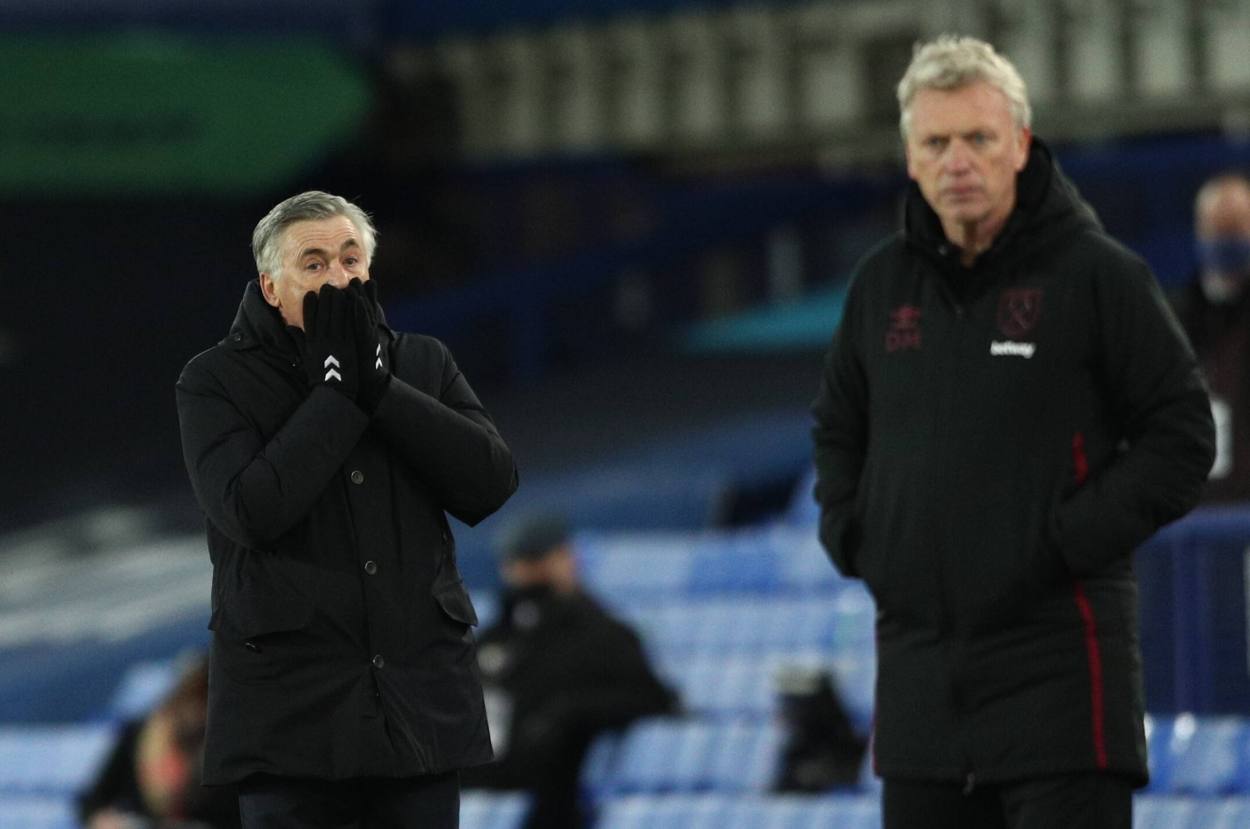 David Moyes came on top against his former club Everton as West Ham sealed a late win at Goodison Park.

After a couple of draws and defeats, the Hammers return to winning ways as the London-based club stunned in-form Everton 1-0 to cement their 10th place in Premier League with 26 points, three points off fourth-placed Everton.

Both goalkeepers didn’t have much to do until 40th-minute when Bernard tested Darren Randolph from outside the box. The Toffees, who claimed four successive PL wins, looked lack of ideas in the final third and didn’t most of their chances and had only two shots on target in the game.

David Moyes made a couple of attacking changes after the restart, bringing on Michail Antonio, Manuel Lanzini and Andriy Yarmolenko, as the former Everton boss was desperate to claim first win at his former club.

Five minutes from the final whistle, Aaron Cresswell’s off-target shot was deflected into the net by Tomas Soucek, giving West Ham all three points in Premier League’s first game of 2021. While speaking to the press after the memorable win, Moyes stated:

“Always going back to your old clubs is special. I had a brilliant time here – great years – but I want to do it again at West Ham and that means going and winning at the other clubs.”