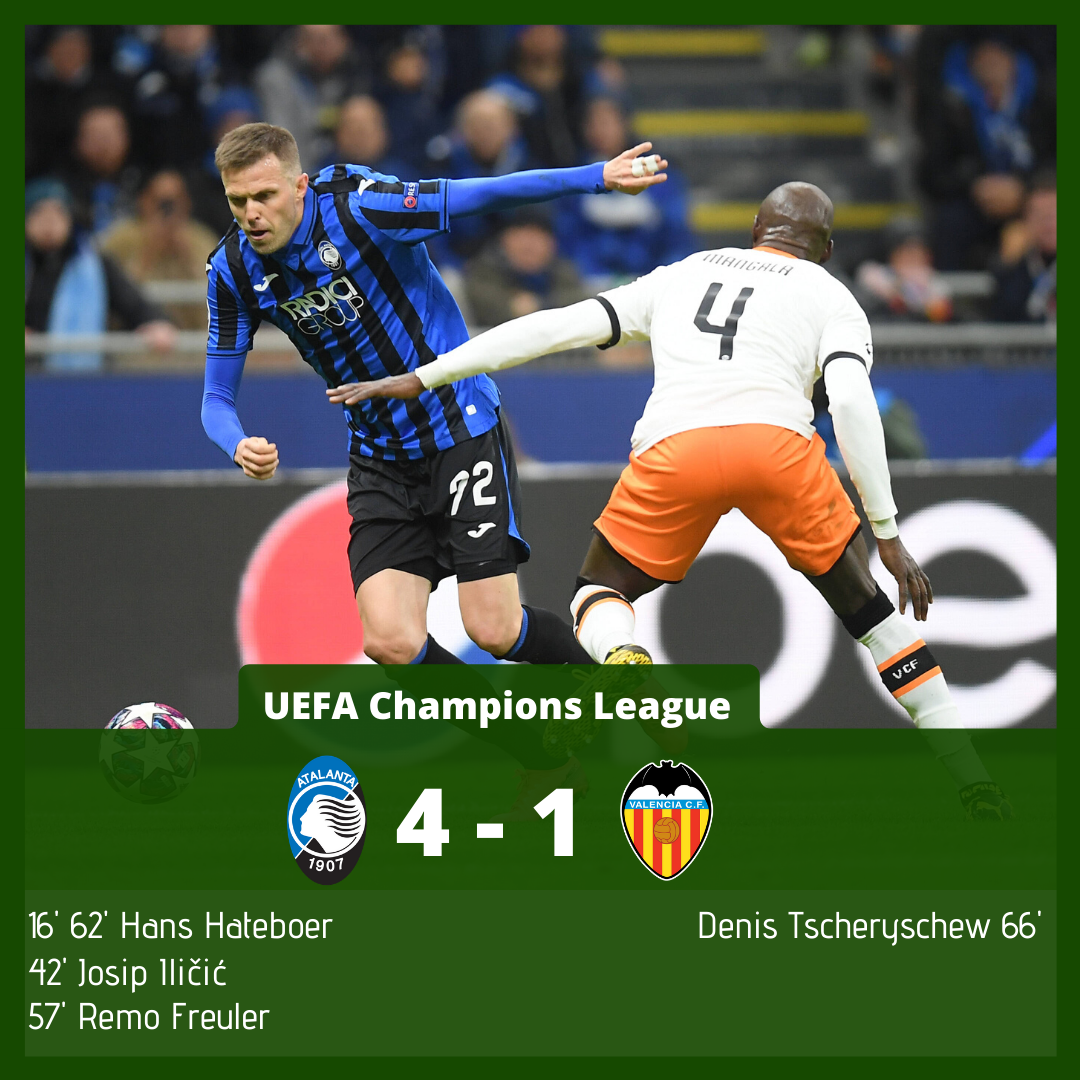 Atalanta was at their full potential yesterday, as they won 4:1 against Valencia in their first Champions League season and are now on a good path towards the quarter-finals.

The first goal came from Hans Hateboer in the 16th minute, followed by Josip Iličić's powerful shot in the 42nd minute – a goal that Valencia's goalkeeper could not stop, even though he made contact with the ball. The third goal for Atalanta was scored by Remo Freuler 15 minutes later, which made Valencia focus on their defense. However, it was in vain, as Hateboer scored the fourth goal for his team in the 62nd minute of the game, before Valencia could get a score on their own.

The only goal for Valencia in this duel was finally scored by Denis Tscheryschew in the 66th minute, giving his team a little hope for a turnaround. The rest of the game, however, went with no scores on either side.