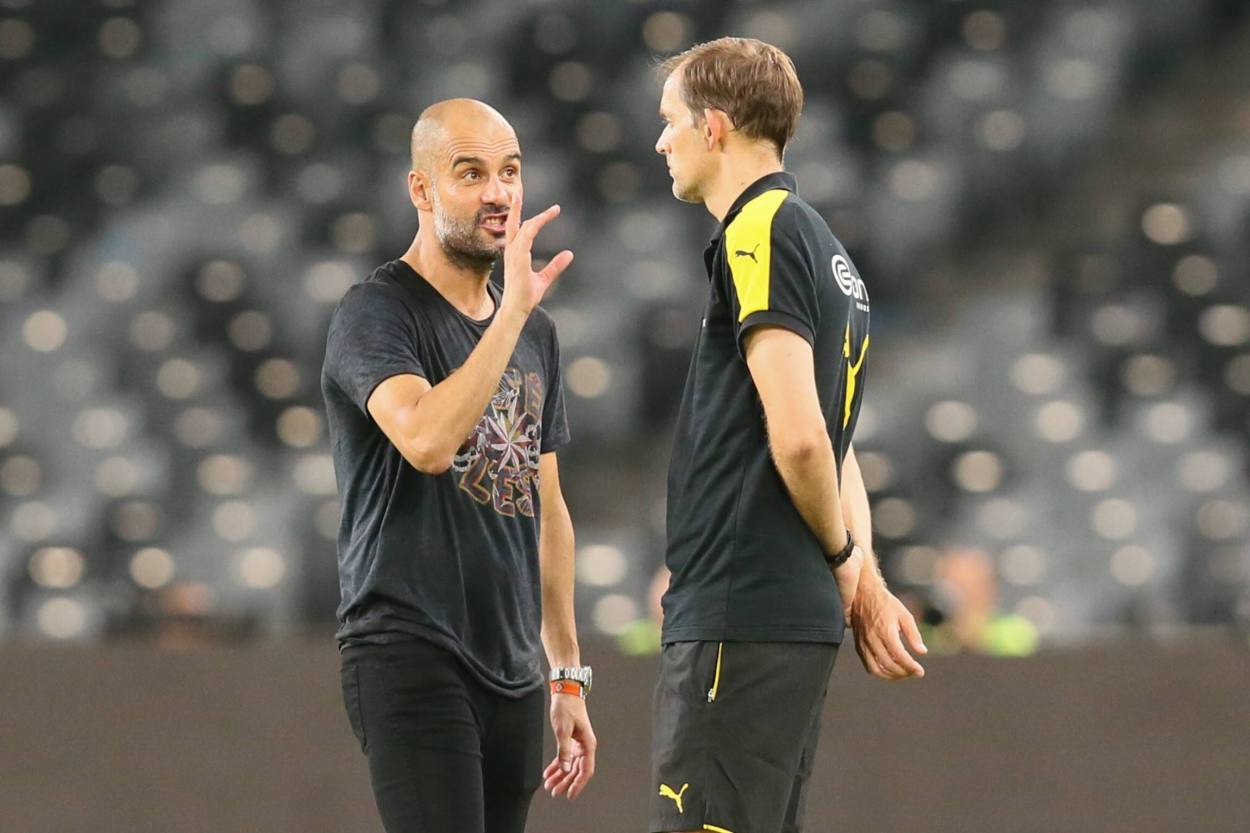 Tuchel, who was relieved from his role of PSG manager at the tail end of December, didn’t spend much time in unemployment as he was soon called by Chelsea who wanted him to replace Frank Lampard at Stamford Bridge.

The former PSG and Borussia Dortmund manager might have been sacked out of his last two jobs but is still rated very highly across Europe, mainly because of Tuchel’s team’s attacking style of play that also brings trophies in its wake.

His appointment at Chelsea has raised the hopes of the Blues’ faithful that Tuchel’s tactics will lead the club to Champions League glory. Tuchel, it is to be remembered, led his former side Paris Saint-Germain to the Champions League final last season, where his side was defeated by Bayern Munich.

“I spoke with Pep a lot since he came here and I have followed the Premier League very closely from Germany and France, that is clear because this is the benchmark of leagues,” Tuchel told Football.London what Guardiola said to him.

“I saw that yesterday on a physical level, on a level of athleticism and emotion and completely different level than we are used to. But it brings out the best in us coaches and the best in our players, I truly believe in that.

“Personally, this is something to steam up to and to compete against the best coaches in the world, it will bring out the best in me for sure and I am completely ready for that, I feel very positive about the challenge.”