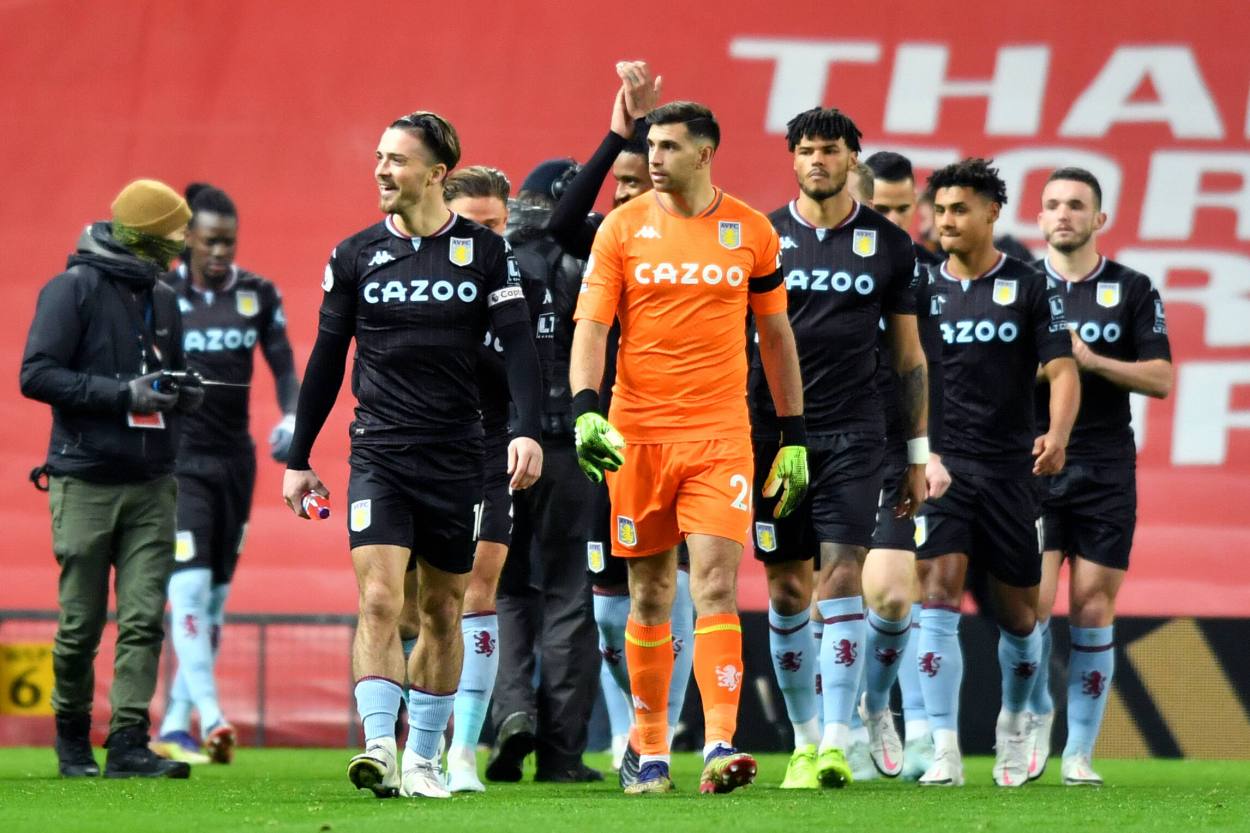 Where will Aston Villa finish this season? Ian Wright delivers his verdict

Where will Aston Villa finish this season? Ian Wright delivers his verdict

After escaping relegation with the barest of margins last season, Dean Smith’s side are sitting just 8 points off top four places, with four games in hand.

Ian Wright has claimed on the Wrighty’s House Podcast that he does believe Aston Villa can finish in the Premier League top four this season.

Dean Smith’s side might currently be sitting at 11th place in the Premier League table but they have four games in hand over 4th placed Liverpool, with Jurgen Klopp’s side only eight points ahead of the Villa Park residents after 18 games on the board.

That means that if Villa manage to win the games in hand, they’d be in the top four and will be only four points short off top-of-the-table Leicester City. That scenario might seem far-fetched but such is the unpredictable nature of the 2020/21 season that anything could happen.

Ian Wring: Aston Villa can finish in the top four this season

“I don’t expect Villa to do it [win the league] but just being able to think that if Villa, if they win those games, they can have a blast at let’s say Champions League,” Wright said.

“Yes I can [imagine them in the Champions League]. If they go Champions League then that really gets Jack Grealish’s juices flowing and it’s a team you want to play for. “

Doing that, however, is easier said than done for two reasons. The first of which is the highly-congested fixture schedule the Villans will have to contend with between now and the end of the season. The second, meanwhile, is the teams they’re still to play, starting Manchester City on Wednesday.

That means that while their position in the table is no doubt encouraging – regardless of whether you compare it with last season or not, it won’t amount to an assault on the top four as long as Villa don’t put together a winning streak.