The teenage striker was once again on the score sheet during Manchester United’s Thursday’s 4-0 win over AZ Alkmaar in the Europa League.

Mason Greenwood once again made his case for more playing minutes in the Premier League after putting in a decent shift during Manchester United’s routine 4-0 victory over Europa League competitors AZ Alkmaar on Thursday night.

Solskjaer’s men came into this game on the back of two morale-boosting wins over Tottenham and fierce-rivals Manchester City in the span of just four days. That they defeated Pep Guardiola’s Premier League champions at their home turf made their victory over City more memorable for the Red devils.

Greenwood, who started none of those two games, scored a brace here for the Red devils. The match had little to no effect on the club’s fortunes as they had progressed to the round of 32 of this season’s competition two games earlier.

Still, the performance of the 18-year-old in this game, in particular, should force manager Ole Gunnar Solskjaer to consider making a place for him in United’s starting XI every weekend.

The 18-year-old who is the product of the Manchester United academy maintains a 100% scoring record in all of United’s home games in Europe this season.

His double on Thursday meant that Greenwood has now scored six goals in his career, an impressive tally for a striker who has managed to bag only six starts for the senior team so far, with his sole Premier League goal to date coming against Sheffield United last month.

The fact that Greenwood has the ability to handle pressure can be gauged from the same goal which he scored at the Bramall Lane in November. With United trailing the game by 2-1, it was the 18-year-old’s strike which got them level in the game and helped them salvage a 3-3 draw.

It’s in the Europa League, though, where Greenwood has showcased his talents in a more impressive manner. Mainly because he has been given more game time there, Greenwood is the top-scorer for the Red devils in the 2nd-tier European competition with four goals to his name.

However, with the European competition not resuming until February, Greenwood runs the risk of losing his lethal final touch if he makes as many Premier League starts in the next three months as he has managed in the last five (1).

Greenwood should be a back-up of injury-prone Martial

The 24-year-old Frenchman who arrived at the Old Trafford stadium amid much fanfare in 2015 has been robbed of showcasing his full potential due to repeated injuries.

A glance at Martial’s injury history reveals that since securing a £44.73m switch to England four years ago, the France international has missed at least 26 games due to injury. These numbers aren’t irreversibly bad but still indicate that United cannot afford to trust the Frenchman to last the whole season.

It is probably this realization that has forced United to reportedly step up their interest in RB Salzburg’s teenage sensation Erling Haaland after missing out on his teammate Takumi Minamino, the 24-year-old who will be joining Liverpool next month.

Haaland is undoubtedly a huge upgrade over Greenwood but questions remain whether United still remain the most sought-after destination for Europe’s top players. Even if they think they are, it would take an eye-watering transfer bid for them to convince Salzburg to let Haaland go in the same transfer window in which Minamino will also be leaving the club.

That leaves Solskjaer with little option but to trust Greenwood and give him more playing minutes in the Premier League. And it doesn’t have to be that Greenwood would only get in the team once one of those ahead of him in the pecking order are sidelined due to injury. Instead, If United want to get the best out of the 18-year-old, they should offer him more playing minutes every now and then to build up his confidence.

Pep Guardiola responds to rumors about his retirement and shares his… 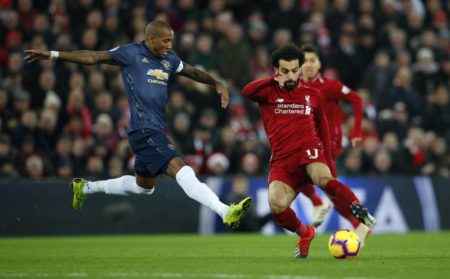