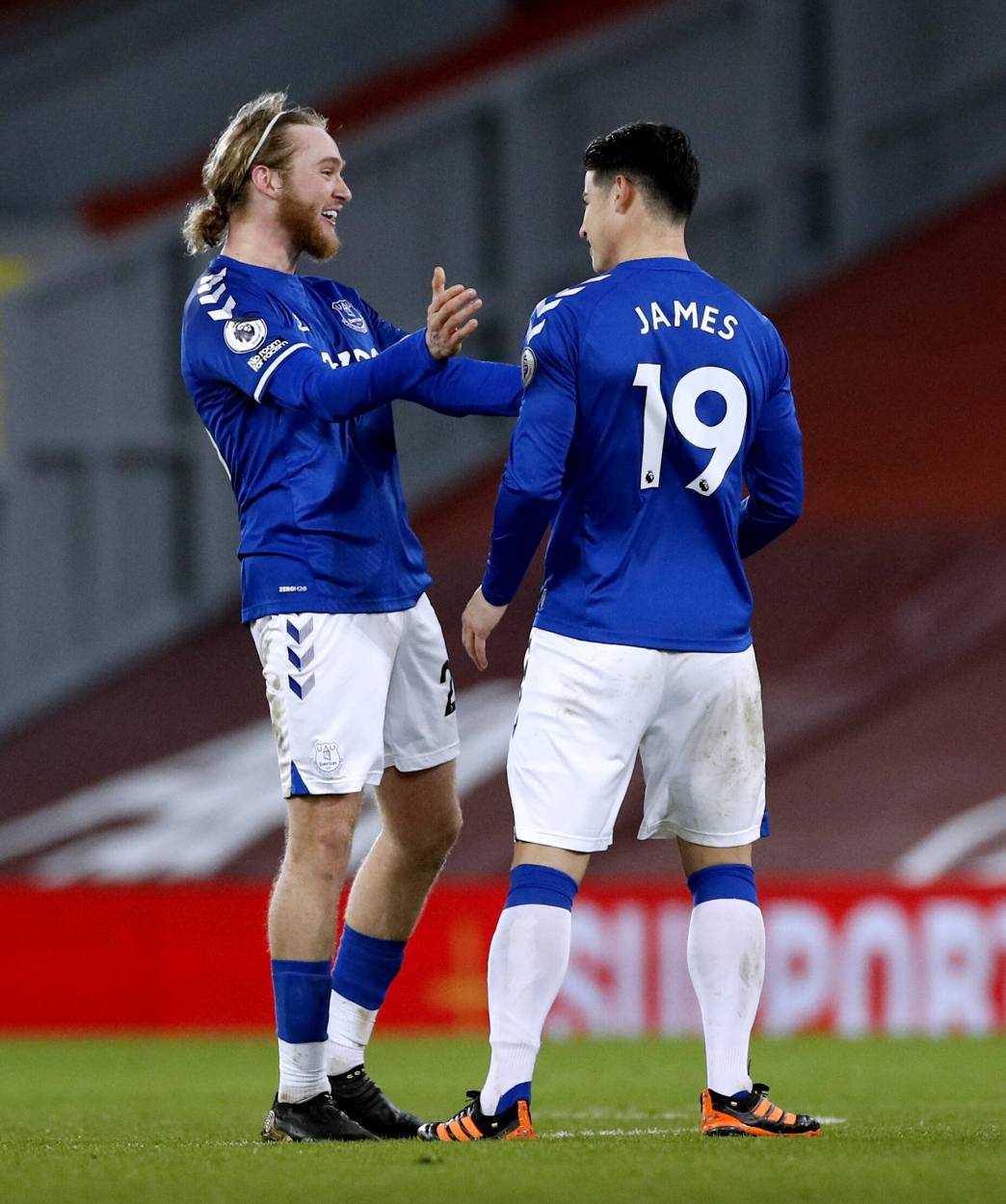 Why James Rodriguez and Tom Davies missed out on Everton’s clash with Southampton on Monday night in the Premier League.

Both the sides had come into this fixture with contrasting forms. The Toffees were buoyed by their first-away victory over Liverpool in the 21st century and were looking to make the most of it by going level with their city rivals with a victory on Monday.

That wasn’t the case for Southampton. Ralph Hassenhuttl’s side hasn’t won any game in the Premier League since their victory over Liverpool last month. A fixture against Everton was thus seen by those wearing Saints’ colors as an opportunity to recover some form.

And they must have been buoyed by reports coming from the home side before the game that both James Rodriguez and Tom Davies won’t play. Rodriguez has been one of Everton’s star performers this season and Davies also looked to recover his lost groove in recent weeks.

Why James Rodriguez and Tom Davies didn’t play Vs Southampton?

Speaking ahead of the game, Carlo Ancelotti claimed that the duo, alongside Seamus Coleman and Robin Olsen, had ‘little problems in training’ last week. This convinced the Everton boss to give them a much-needed rest ahead of a busy schedule.

The trio of Davies, Rodriguez and Coleman were all part of the Toffees’ starting XI that defeated Liverpool last weekend. Both Davies and Coleman played the whole match whereas Rodriguez was subbed off just after the hour mark. Olsen, meanwhile, hasn’t played for Everton since the middle of last month.

Will James Rodriguez and Tom Davies play against West Brom on Thursday?

Ancelotti was conference in his pre-Southampton press notes that the duo, alongside Coleman, will be fit for Everton’s trip to the Hawthorns later this week, which is preceded by the club facing a tricky away clash with fellow top-four hopefuls Chelsea.

Both of these games whose reverse fixtures Everton had won earlier in the campaign. Ancelotti’s men dealt a thumping 5-2 defeat to West Brom in September and got away with a deserved 1-0 win over Frank Lampard’s Blues three months later.