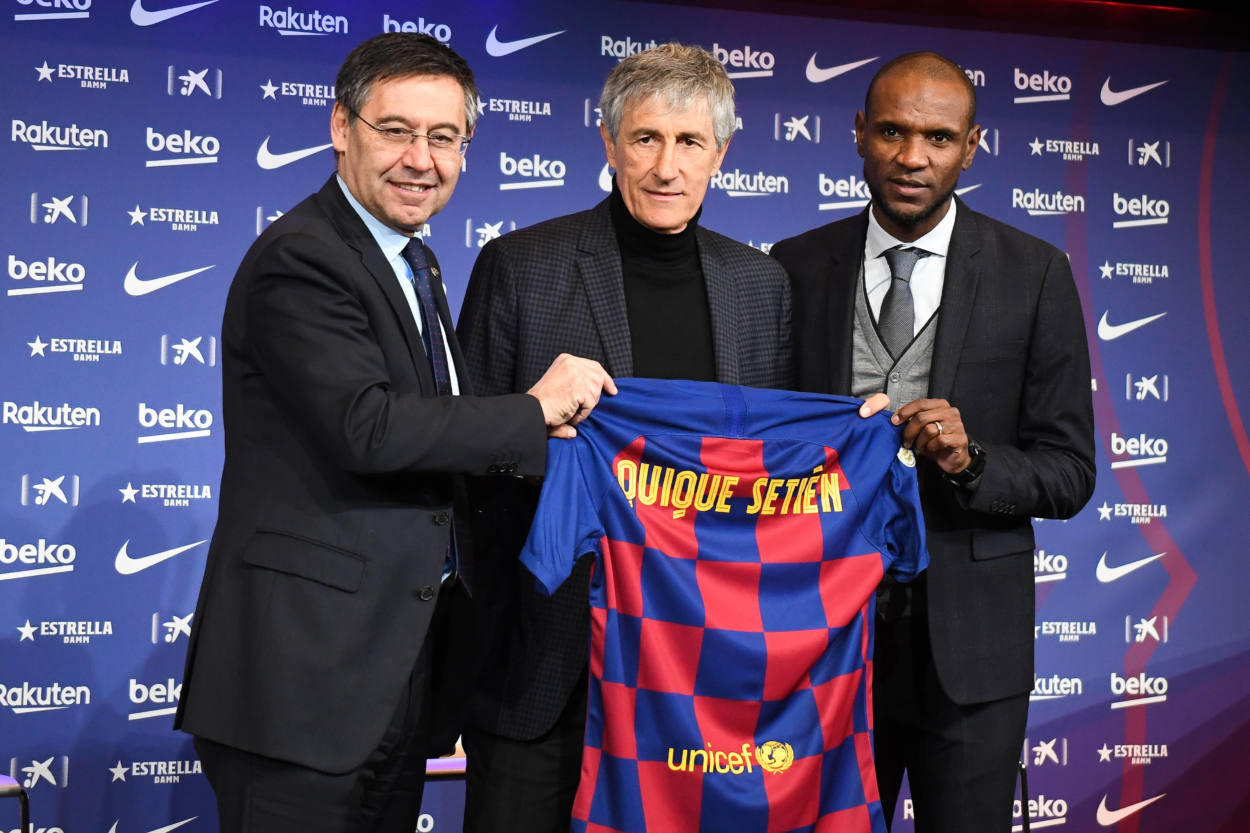 Barcelona sacked Ernesto Valverde on Monday and decided to replace him with ex-Real Betis boss Quique Setien. We take a look as to why that’s the right call on the part of the Camp Nou higher-ups.

The former Real Betis boss was appointed as the manager of the Catalan side after they relieved former manager Ernesto Valverde of his duties on Monday night.

Following a two-and-a-bit season stint under Ernesto Valverde in which the club managed to win consecutive La Liga titles, Barcelona relieved the ex-Valencia boss of his duties and replaced him with former Real Betis boss Quique Setien.

The decision to appoint the 61-year-old has come at a time when Barca sit at the top of La Liga and have confirmed their place in the next round of Champions League by finishing top of the group that contained the likes of Inter Milan and Borussia Dortmund.

But the club’s faithful know that it wasn’t the results that cost Valverde his job, rather it was the team’s style of play and their two Champions League surrenders to Roma and Liverpool in back-to-back seasons that forced the club’s higher-ups to hand the 55-year-old the sack.

Having taken a decision which most of the club’s fans were urging it to do since almost the start of the new season, it’s time for the Camp Nou side to look ahead and hope for a better future. They could hope of that because their new manager, unlike the former, is a purist.During his time with Real Betis, Setien became the first coach to inflict a home defeat on the Camp Nou side in over 26 months, with his style of play earning the manager respect from Sergio Busquets.

After seeing his side suffer a 4-3 defeat at the hands of an attacking Betis side, the defensive midfielder gifted a shirt to his future boss with the caption that read:  To Quique, with appreciation and admiration for your way of seeing football. A hug“.

That he enjoyed the respect of the club’s senior players even before his permanent arrival at the Catalan side shouldn’t come as a surprise. The attractive and attacking brand of football that Setien has practiced at all of his former sides owes its roots to the one developed at Barca by a certain Johan Cruyff.

Apart from receiving respect, the Cantabrian coach has also been pretty lyrical when it came to returning the favor. Once, as he was quizzed by an interviewer to give his take on Lionel Messi, Setien showed his love for the Argentine by calling him the best player in history.

He also said: “When a player like Xavi retires, it's as if a kidney is removed,” before adding, “And the day that Messi retires, I will cry forever.” Given that Messi has hinted that he’d retire in the next few years, perhaps Setien might be shedding his tears sitting in the Camp Nou dugout when the day eventually comes.As the Independent noted after Barcelona’s 4-3 mauling at the hands of Setien’s Betis last season, the 61-year-old has a knack of entertaining the fans with his team’s style of play.

“What attracts me to a match is whether the teams play well,” the soon-to-be Barca manager said back then, before claiming: “[That] there are footballers, that it goes beyond the result. I’m a romantic, I like the football.’’

Setien further noted that his passion for possession football doesn’t have recent origins – as the 61-year-old liked to have the ball at his feet even when he used to play for teams that chose to mount their attacks on second balls and long balls.

“If you play badly and lose, you’re left with nothing. If you lose but play well, you still have something. You have something to build on,” said Setien to show why his love for possession football hasn’t dimmed despite toiling in the lower leagues of Spanish football for years.

Surely, it would be results that would define his tenure at the Camp Nou and not his arguments in favor of Barcelona’s DNA, but if his past gives us any clue, Quique Setien is certainly the perfect candidate to take the Catalan giants in the right direction.