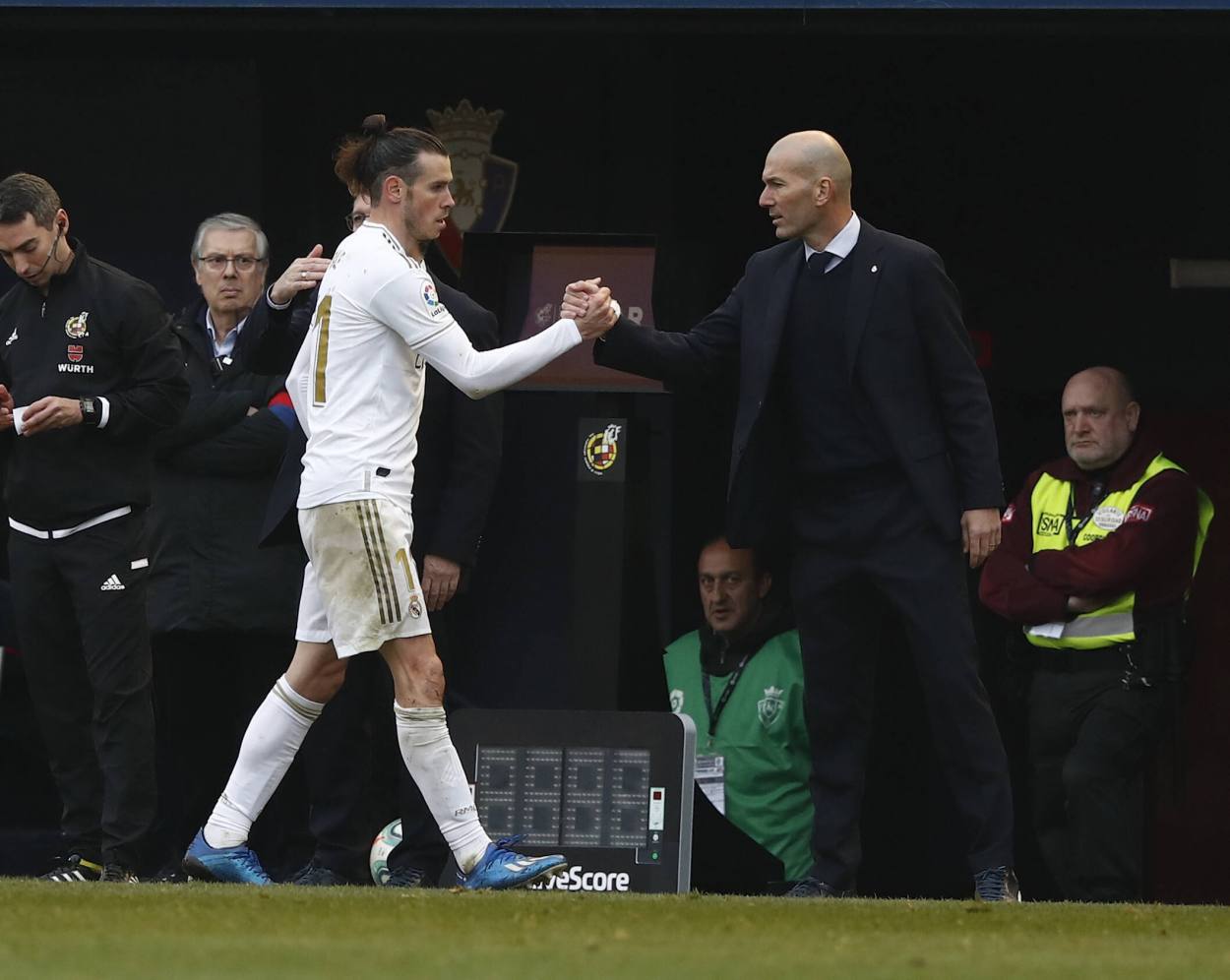 Will Bale return to Real Madrid or stay at Spurs? Welshman has offered an update on his future plans

Will Bale return to Real Madrid? Welshman has offered an update on his future plans

Gareth Bale has confirmed he will return to Real Madrid after completing his one-year loan spell at Tottenham Hotspur.

The 31-year-old Wales international joined Jose Mourinho’s side on a year-long loan this summer after failing to break into Zinedine Zidane’s side last term.

Bale made only 13 starts for Los Blancos in La Liga and Champions League last season and managed to find the back of the net only two times in both competitions.

His poor performances in front of goal as well as Bale’s astronomical weekly wages convinced the higher-ups at Bernabeu to send him on a one-year loan last summer.

However, while the Welshman has already scored more goals for Tottenham this season than he did for Tottenham in the whole of last campaign, he is keen to rejoin his forces with the Santiago Bernabeu outfit for the 2021/22 campaign.

Bale has confirmed he will not stay at Spurs

“It's [future] no distraction for me coming into the Euros,” Bale told a news conference on Tuesday ahead of Wales' opening 2022 World Cup qualifier in Belgium.

“I think the main reason I came to Spurs this year was to play football first and foremost but going into the Euros, I want to be match-fit.

“The original plan was to do a season at Spurs and after the Euros still have a year left at Real Madrid. My plan is to go back and that's as far I've planned to be honest.”

Will Bale start against Belgium on Wednesday?

Wales manager Ryan Giggs has every reason to start Bale against the world champions on Wednesday, and not only because the game will be crucial for the away side to qualify for their first World Cup in more than 53 years.

Bale’s inclusion in Wales’ starting XI on Wednesday is all but guaranteed also because the 31-year-old has regained his fitness in previous months. He’s therefore expected to play a leading role in his nation’s bid to book their place in the FIFA World Cup for the first time since 1958.