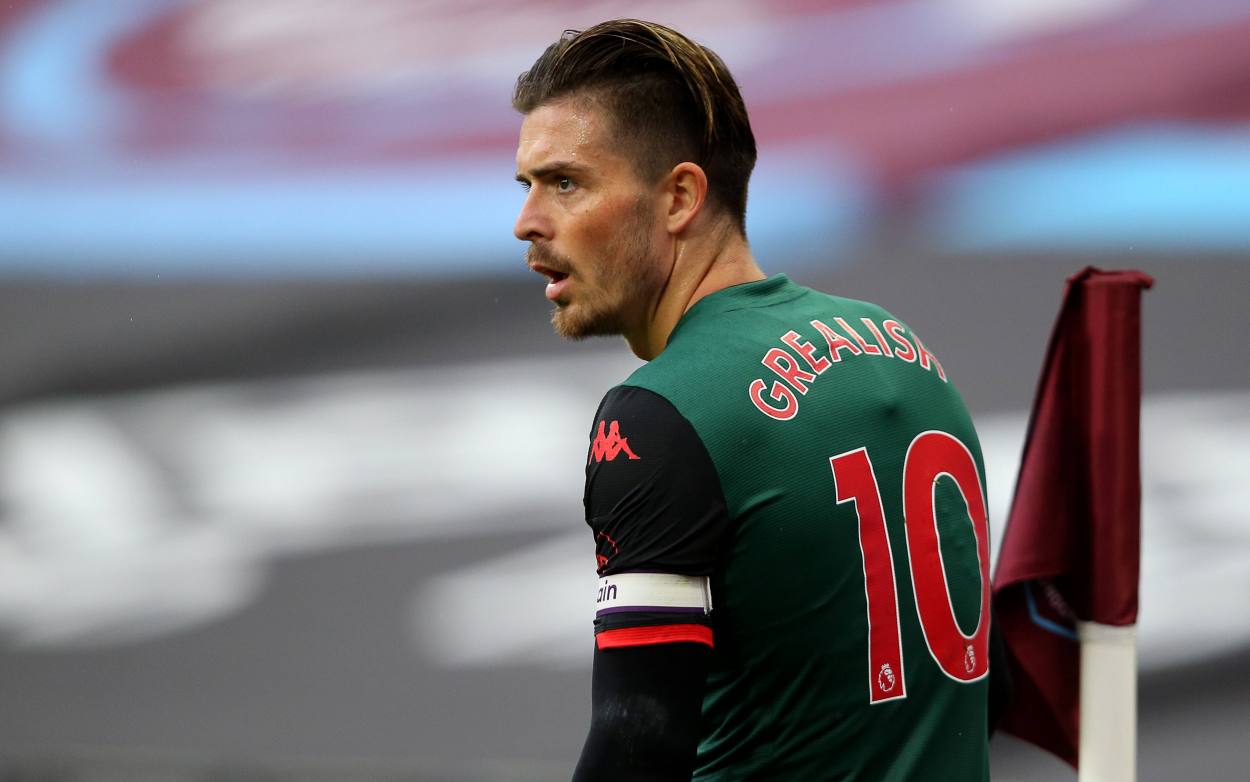 Will Jack Grealish go to Manchester United? Red Devils fall behind rivals in the race for Aston Villa star

The 25-year-old Aston Villa and England midfielder is one of Europe’s hottest properties after his performances for Dean Smith’s side this term.

Grealish has scored 6 goals and assisted another 10 in 22 Premier League appearances this term and is a major reason behind Villa’s surprising push for European places.

He might have missed his side’s last five English top-flight appearances due to a leg injury but that hasn’t stopped the rumor mill from linking him with Pep Guardiola’s side.

Ole Gunnar Solskjaer’s side were favorites to land his signature last summer before Villa’s 100m valuation of their prized asset convinced the Red Devils to turn their attentions to Donny van de Beek instead.

However, with reports over the past few weeks claiming that van de Beek is keen to leave Man Utd due to lack of playing time, rumors linking the Old Trafford outfit with another approach for Grealish have resurfaced.

Will Grealish be fit to play this weekend?

Mirror Football reported earlier this week that Grealish has returned to training and will be fit to play against Tottenham Hotspur this weekend.

His return to the side will be a massive boost for the Villans who have won just once without their skipper in the Premier League this season.

It will also allow Dean Smith’s side to try and close the gap on Jose Mourinho’s Spurs, who are sitting one place and 4 points ahead of Villa at 8th in the table, though the home side will have a game in hand regardless of what happens on Sunday.