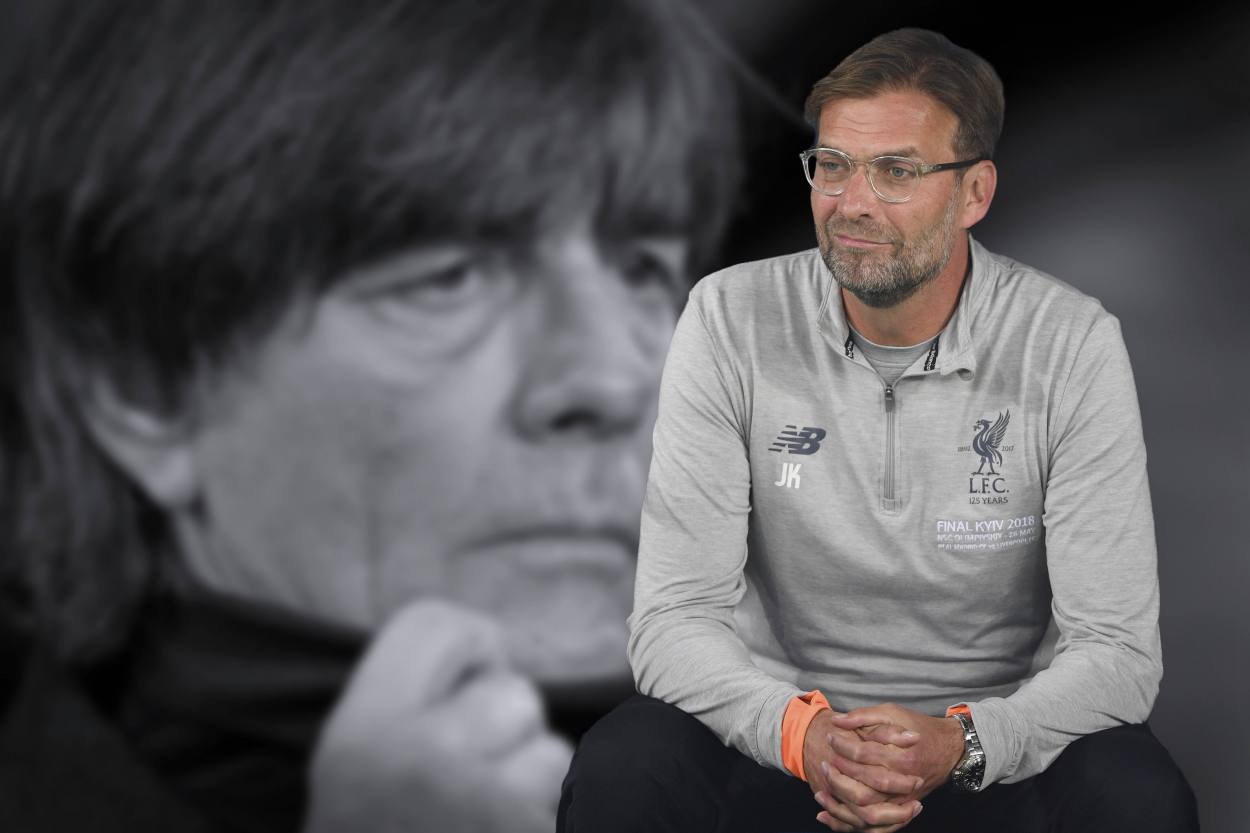 Jurgen Klopp has revealed his future plans amid reports linking him with the German national team job after EURO 2021.

Jurgen Klopp has insisted he is open to the idea of coaching the German national team one day only a few days after he ruled out replacing Joachim Low in the summer.

The Liverpool manager has seen his name linked with the German national side, with various reports claiming that he could succeed Low after EURO 2021.

While the former Borussia Dortmund and Mainz boss has a contract at the Merseyside outfit until 2024, there were rumors he could cut short his time at Anfield to hold the reigns of his country.

However, while talking to Sport Bild yesterday (via Sport Witness), Klopp wasted no time in putting these rumors to bed and to dedicate his future to the Reds.

“The important thing is, I didn’t say that I didn’t want to become a national coach, but that I cannot. That’s a huge difference.

“There is a very clear commitment. I have an important role here at Liverpool.

“This is my sixth year at Liverpool, and I’ve built an incredible relationship here with people I work with on a daily basis. We rely on each other. Right now, in such a difficult phase, to say from my side: ‘I’ll be gone then?' That will not do.

While the German manager was quick to distance himself from the role of Low’s successor, he did so while stating that it would be an ‘honor’ for him to manage Germany.

“There is no way to say, ‘oh, national coach, that would be an interesting job’,” he added. “That would be a great honor without question, but the timing is not right.

“I can’t. I am very sorry if I’ve let people down with it, but I can’t just step out of my responsibilities.”