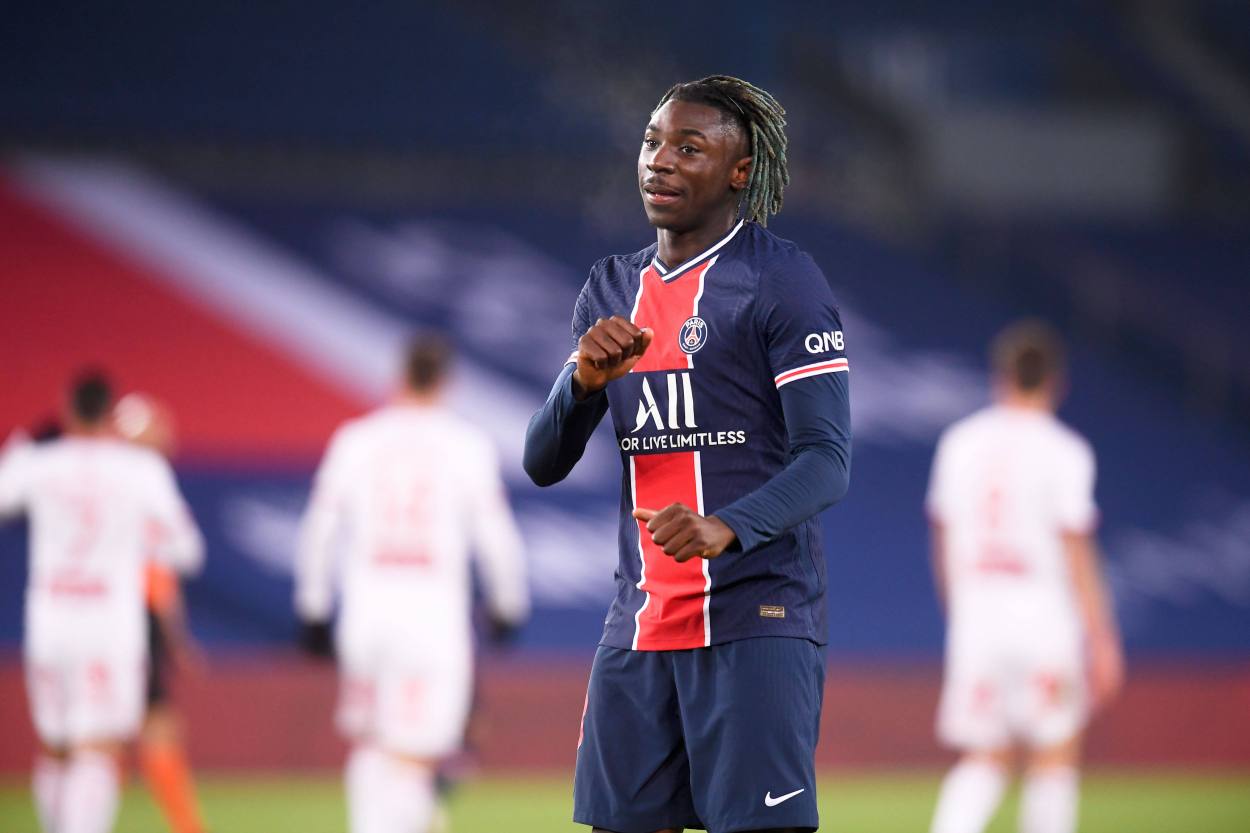 Since moving to the French capital following a failed spell at Everton, the former Juventus striker has been in the form of his life.

Paris Saint-Germain manager Mauricio Pochettino has claimed the club would be ready to talk with Moise Kean if the Everton striker wants to extend his stay at Sky Sports.

Kean, 20, moved to PSG on a one-year loan in the summer after he failed to make his mark at the Merseyside following his move from Juventus at the start of 2019/20 season. Kean started only 6 games for the Toffees and managed a dismal return of 2 goals in his opening season in the Premier League.

However, the striker’s goalscoring numbers have gone up since he joined forces with the Ligue 1 champions in the summer. Keane has scored more goals (9) and started more league games (12) for PSG in his first five months in France than he did during an entire season in the Premier League.

Little wonder, then, reports have begun circulating claiming PSG’s desire to make the striker’s stay at Parc des Princes permanent, with the new PSG boss Pochettino also speaking on the forward’s future while speaking in his latest press conference.

Since joining Mauricio Pochettino’s new side in the summer, Keane has made those who written him off after a disappointing spell at Everton look fools with his goal-scoring stats. He has nine goals in 12 appearances for PSG and is currently the club’s 2nd top goalscorer, ahead of Neymar.

That is despite the fact that the average salary of Keane at PSG – which amounts to £53,000 per week – is six times lower than those of Mbappe and Neymar, with the 20-year-old’s salary also the lowest of any outfield player at the Parc des Princes outfit.