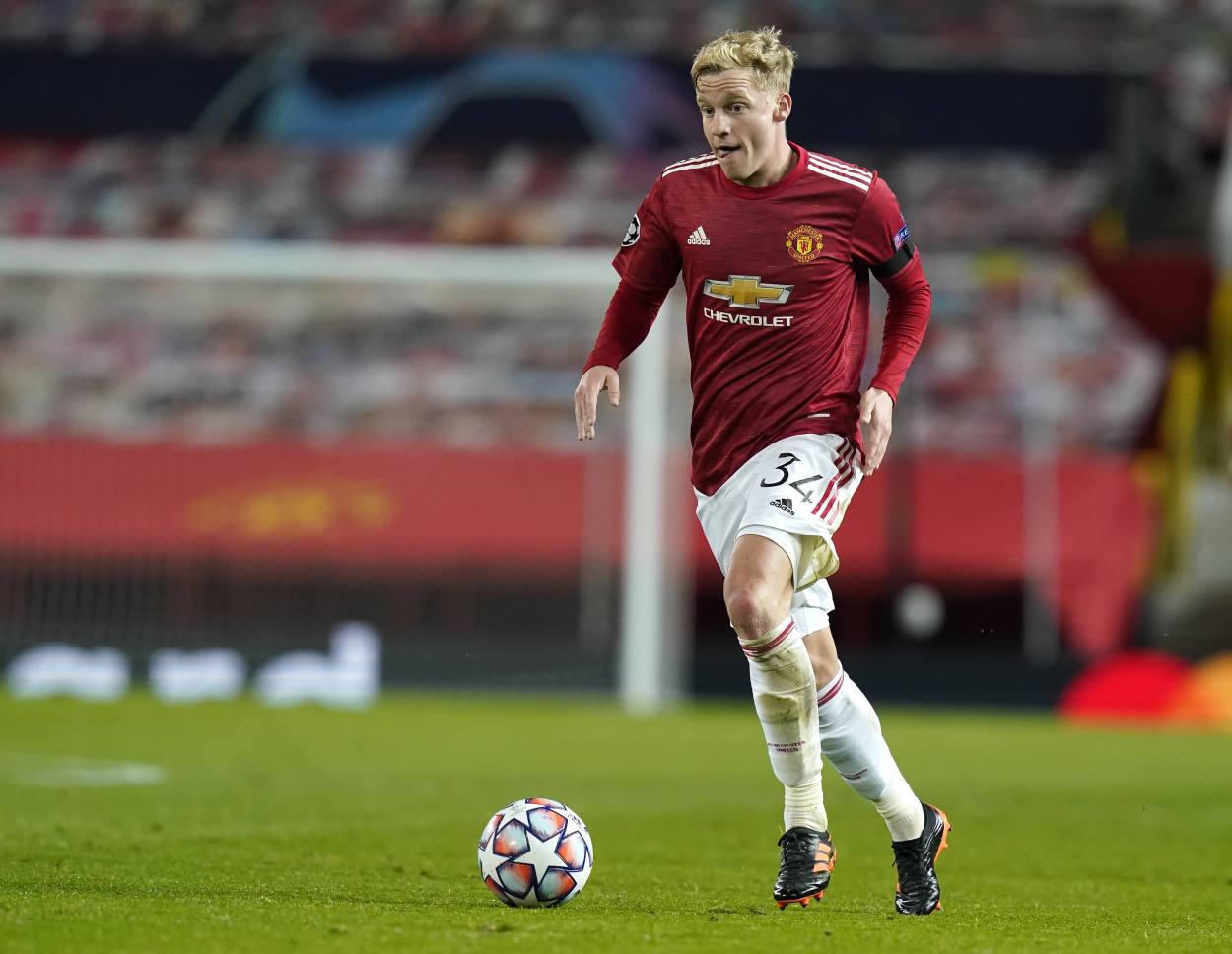 Ole Gunnar Solskjaer has dismissed suggestions Donny van de Beek is unhappy at and wants to leave in the summer.

The 23-year-old Netherlands international has started only 2 Premier League games for the Red Devils since joining them in a £ 40million move from Ajax last summer.

Yet another reason why van de Beek's Man Utd future is in doubt is his agent's admission last year that he isn't best pleased with the amount of playing time his client is getting at Old Trafford.

However, when asked to comment on the Dutch midfielder's Man Utd future, Solskjaer was adamant that the 23-year-old is trying his best to get into the Man Utd starting XI.

“There is always speculation here,” Solskjaer told a news conference on Wednesday. “Donny has been focusing really hard and working really hard to get back available for the latter stages of the season so that's our focus.”

Will van de Beek start for United against AC Milan?

Chances of van de Beek playing from the first whistle on Thursday are pretty slim. Mainly because Solskjaer is expected to go with the same midfield pairing of Fred and Scott McTominay that has delivered the goods for United in multiple games this season.

Yet another reason why van de Beek might not play from the off in Milan has to do with the return of Paul Pogba from injury.

The French international has traveled with the rest of Man Utd squad to Italy, and with him being above the Dutchman in the pecking order, it's difficult to envisage a scenario in which Solskjaer will not only tinker with the established midfield duo but also leave Pogba on the bench to start van de Beek.