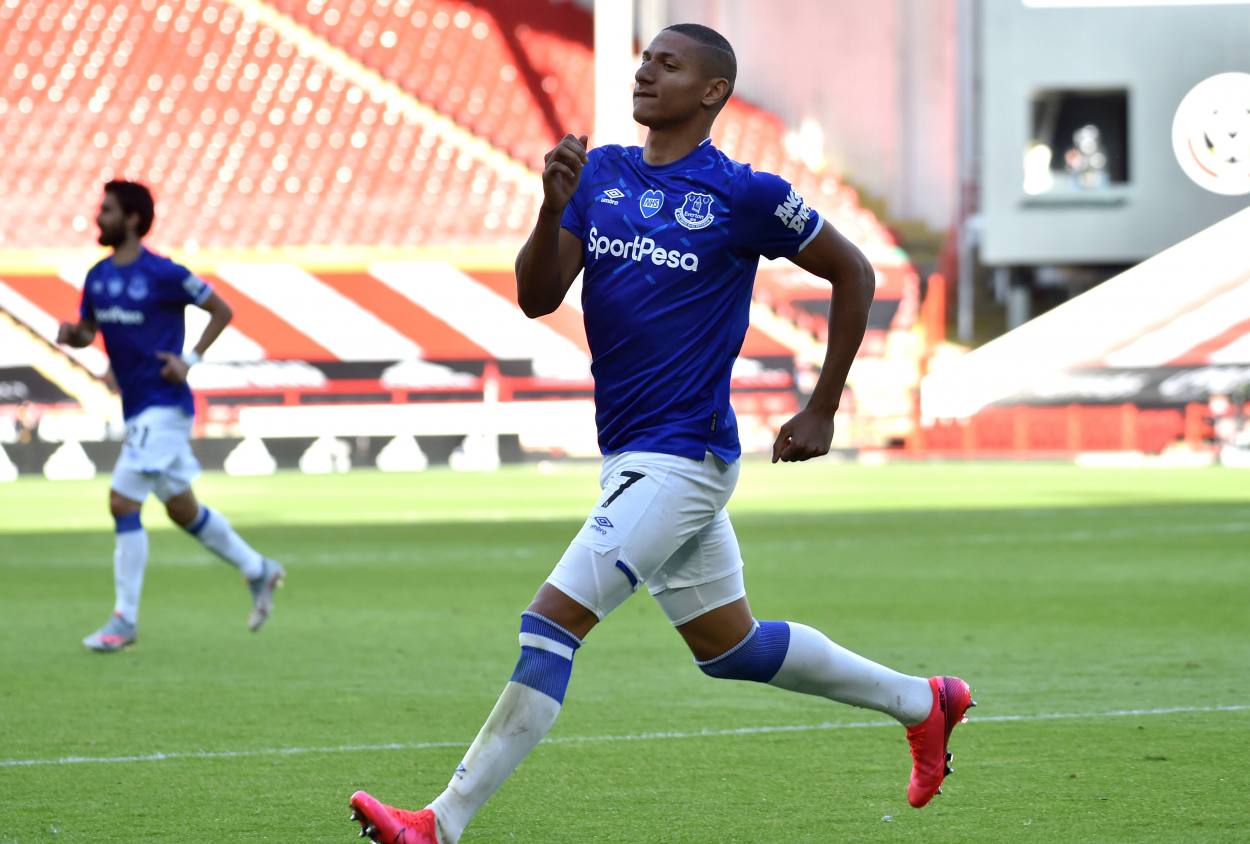 The 23-year-old Brazilian forward has enjoyed a superb season at the Goodison Park and attracts interest from a host of top European clubs.

Everton and Brazil forward Richarlison has hinted he could leave Carlo Ancelotti’s side if the right offer comes in for him.

The 23-year-old has been one of the best players for the Toffees since joining the club in 2018. His superb performances for the Goodison Park outfit convinced Barcelona to come up with an £85m bid for the striker in January which Everton rejected to keep hold of their star man.Richarlison was undoubtedly the player of the season last term for the Toffees as his 15 goals and four assists helped the Merseyside outfit turn their poor early season form around and finish 12th in the table.

And while his manager is desperate for the Brazil international to stay in Merseyside, Richarlison told Bayern Munich contract and could leave the Bavarians on a free transfer at the end of the 2020/21 campaign.

With less than a year remaining on his Bayern Munich contract, Jerome Boateng has admitted he’d consider a return to the Premier League, reports Daily Mail [via CGTN Sports].

Boateng was part of Manchester City for one season between 2010 and 2011 before he left the Citizens to sign for the Bundesliga giants.

His nine-year stint with the Bavarians has been extremely fruitful for Boateng as the defender has won eight Bundesliga titles as well as a Champions League trophy with FC Hollywood.

Bayern expect the 31-year-old to see out the remainder of his contract even though the defender has attracted interest from Juventus over the past two transfer windows.Just a week before the Rojiblancos entertain AS Roma in the Europa League, the unnamed individual has tested positive for COVID-19 and is self-isolating at home.

La Liga side Sevilla have announced one of their players have tested positive for the coronavirus during the latest testing round of the squad, coaching staff and the rest of the staff.

The Spanish outfit didn’t name the name of the player but revealed that he is self-isolating at home and is currently in good health. Sevilla also announced that the results were known on Monday.The statement on the club’s official website further reads that the La Liga outfit temporarily suspended the first team’s training sessions and disinfected the premises after receiving the report.

Sevilla, who play AS Roma in both the sides’ last-16 Europa League clash next week, finished the Spanish top-flight campaign with a 1-0 victory over Valencia on July 19.