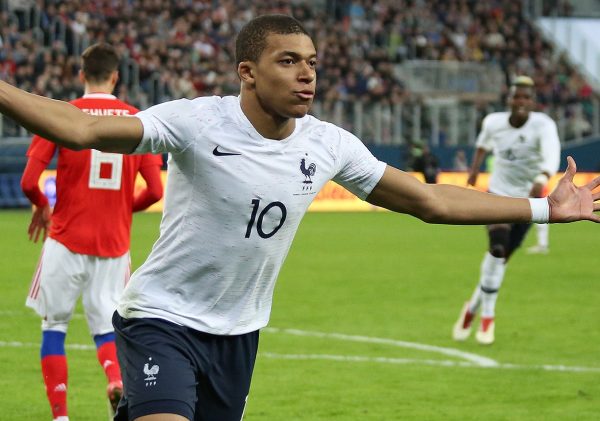 FIFA 22 strongest players in the game by the numbers

If you’re a FIFA fan, you’ve come to the right place. With the recent release of FIFA 22, we have some awesome stats to help you find the best players. Some of the results might surprise you, whereas some you may have suspected already. Regardless, finding the strongest FIFA 22 players will help you in many areas of the game. Whether it’s online play, career mode, or one-on-one play, the following players are sure to satisfy!

We’ve listed the top five strongest players (and one bonus) on FIFA 22 below, so do read on and enjoy.

FIFA 22 best players – watch out for these guys

As is the case with the release of any fresh FIFA game, player statistics have evolved from previous versions. And below, you’ll find the most recent changes to individual statistics for the very top players!

Lionel Messi is the unparalleled best player in FIFA 22. He is the only player that starts out with a rating this high, beating other formidable strikers. Many of his primary statistics are floating around the 95/96 region too. Of course, this makes him an exceptional player in the game. But then again, this is also a true reflection of what he is capable of in real-life. But since Messi is 34 years old in the game, he won’t progress higher than this.

Narrowly missing out as the best player in the game, we have Robert Lewandowski. As you can see, he is rated as 92 overall, playing as a striker for Bayern Munich. His overall shooting rating is 92, and this includes high markers like positioning, finishing, shot power, and volleys. Most of these are in the high 80s, and some are 90 or more. Needless to say, Lewandowski is able to find the net from pretty much any area on the field.

This is the case in the game, and in real life for Bayern Munich. He is also very effective with his weaker foot in the game, with a 4/5 rating.

Mbappe is the promising French superstar that has taken the football world by storm. Playing alongside Messi and Neymar Jr at PSG, this is the best strike force in the game. But from an individual perspective, Mbappe is a bit of a phenomenon in FIFA 22. He is much younger than the previous two players, at just 22 years of age. And this helps to ensure that his potential is actually higher than the current rating of 91. Again, this is different from Messi and Lewandowski whose rating will gradually decrease in the game.

Not only is Mbappe one of the best finishers in the game, but he is also one of the quickest. His sprint speed and acceleration are both listed at 97, which is pretty amazing.

And here we have another PSG sensation, this time in the form of Neymar Jr. If you’re looking for a striker who can create space and squeeze past defenders, this is your guy. His dribbling and ball control stats are listed at 95, and of course, his finishing is pretty epic. Amazingly, Neymar has a weaker foot rating of 5/5 too. This makes him even more favourable than the previous players in terms of versatility. He is also relatively speedy on the pitch, and at 29 years old, he will retain his rating for a decent length of time.

Breaking up the PSG and Bayern Munich dominance now, we finally have a Premier League player. Of course, de Bruyne plays for Manchester City in a midfield position, and he is rated as 91 overall. This makes him the best midfield player in FIFA 22, and his subsequent statistics back this up. His vision and passing statistics are floating around the 93/94 mark, and he also has a great long shot on him too!

Finally, a certain Cristiano Ronaldo is still in the mix. He is the oldest guy on this list at 36 years of age, but he’s still a formidable player. His overall shooting rating is actually 93 too, which is the best in the game. He is also relatively quick in terms of acceleration and top speed. The downside to Ronaldo, however, is that his stamina isn’t fantastic and given his age, his overall rating won’t go any higher.