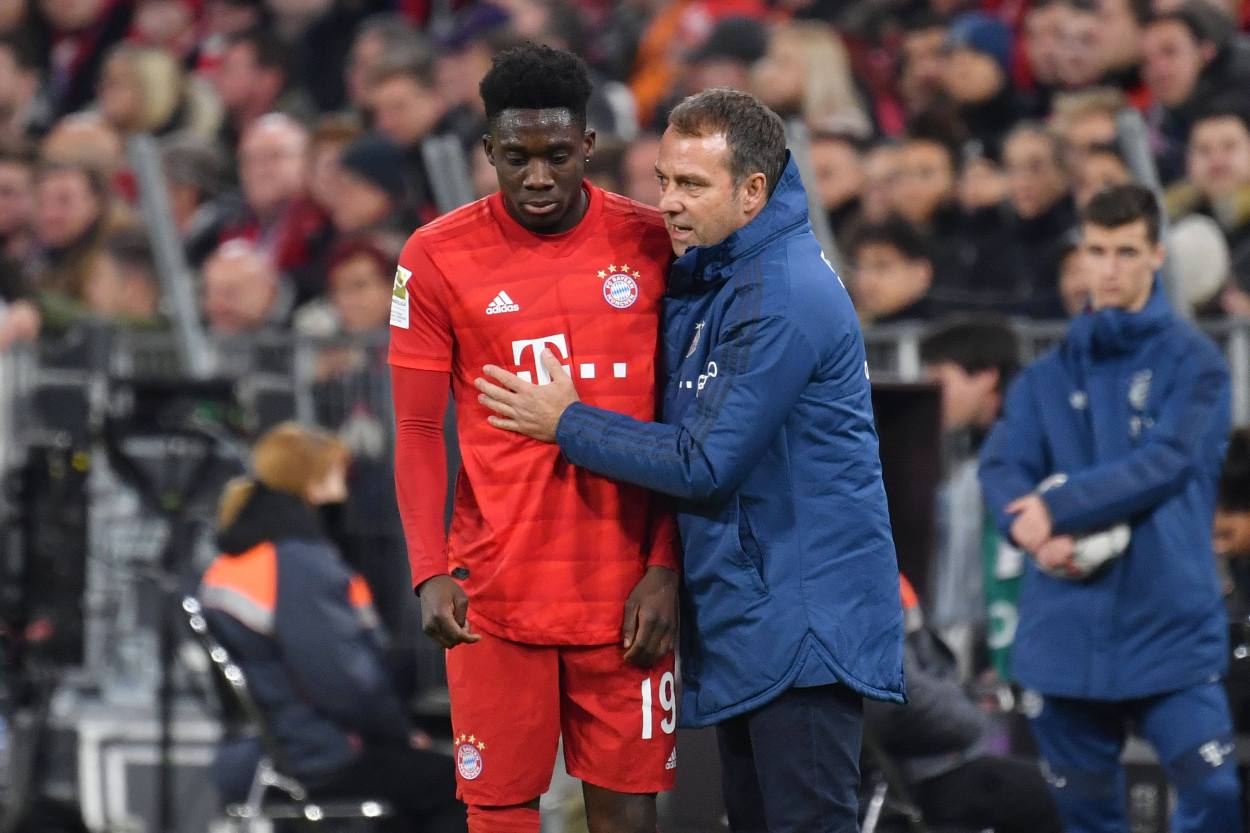 The Canadian's current mentor at club level has heaped praise on his young charge, urging him to try and do more and reach his full potential.

Hansi Flick has been impressed by Alphonso Davies' contributions so far this season, with the winger turned full-back turning in some eye-catching performances this season in the Bundesliga.

The 19-year old Canadian international already has 17 caps for his country, despite his tender age. He joined Bayern Munich in 2019 from MLS side Vancouver Whitecaps in a then MLS record deal of US$13.5 million, potentially rising to $22 million.As a result, the young starlet has received worldwide praise for his performances in Bavaria and his current coach gave his opinion on the youngster's development during the current campaign: “He has been impressive, speed, defensive awareness and his reading of the game, everything has been up to standards,” he spoke during the latest press-conference.

“He is also participating in our attack and is scoring as well as setting up goals so that is always a good thing. He is working very hard and can play at the highest level – we will try and help him as much as we can,” Flick concluded.The Brazilian star has been starring at the Etihad Stadium ever since arriving in 2017, but he recently admitted that he had to seek guidance from a professional on his daily eating habits.

Jesus arrived at Manchester City from Palmeiras in 2017 in a deal worth £27 million(€33 million) and has since been able to establish himself as a reliable source of goals and assists up front, continuously switching places with fellow forward Sergio Aguero.

The now-23 year old spoke to Sky Sports of his early days at the club and revealed that he didn't take the best care of himself at the beginning, unaware of the expectations placed on top-level professionals, but he quickly sought guidance and managed to eradicate his bad eating habits.

“I loved all kinds of stuff when I played for Palmeiras, I enjoyed it. I didn't realize how bad it was for my body before I arrived at Manchester, that's when I felt things changing.”

“This was all before Andre arrived into my life as the person to take care of mu nutrition. That's when everything changed. I have to thank him as he is the one responsible for my transformation, he is a great professional.”Cristiano's former international teammate has heaped praise on the 35-year old Juventus star, saying that he has managed to improve even more in a demanding league.

Former Portugal striker Nuno Gomes has revealed his admiration for Serie A exploits, after initially struggling to meet the tactical demands that the Italian top flight entails.

The former Real Madrid winger joined the Old Lady during the summer of 2018, leaving Santiago Bernabeu in a mega-transfer worth €100 million transfer. To date, it is the highest ever transfer for a player over 30 years old,[235] and the highest ever paid by an Italian club.He is in the middle of another productive spell, having racked up 21 strikes across 22 domestic games during the current campaign. There are some which suggest that the global superstar is starting to decline, but Nuno Gomes actually believes that he is improved.

“Serie A has been in a gradual decline ever since 2005, when all the best managers and players were there. But it has still managed to retain the tactical advantage and appeal, nevertheless. The defending there is at another level and Cristiano quickly saw that when he came,” Gomes explained.

“However, those difficulties only pushed him to further change his game and adapt and as a result, he has improved and is scoring goals with ease once again so I can only applaud to that.”