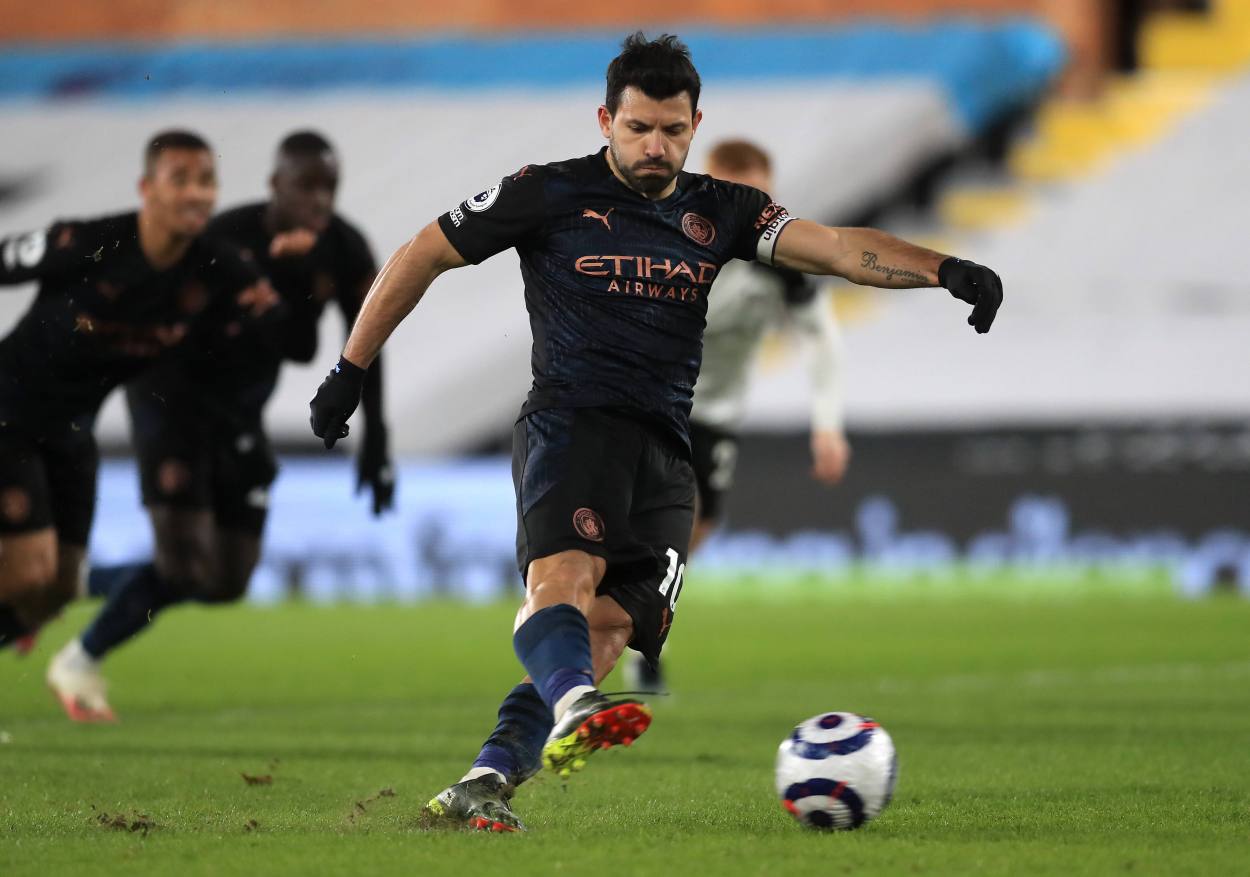 Pep Guardiola is moving closer to another Premier League title as his side go 17 points clear at the top, with second-placed Manchester United have two games in hand.

Fulham, who stunned Liverpool at Anfield a few weeks ago, started the game brightly and put City defense under pressure as Ademola Lookman had a shot on goal blocked by Mendy.

Pep Guardiola didn’t impress with what he saw in the opening 45 and his half-time team-talk changed the dynamics of the game as Manchester City scored two minutes after the restart, thanks to John Stones who tapped in Cancelo's free-kick.

Playing from the back didn’t work out for the home side as Gabriel Jesus pounced on the defensive error and doubled City’s lead. At the hour mark, the visitors were awarded a penalty after Ferran Torres was fouled in the box by former Tosin Adarabioyo.

Sergio Aguero, who last scored in January 2020, put the game beyond any doubt as he converted from the spot. The defeat means Scott Parker’s men remain 18th in the table with 26 points.

“This is the part of the season when trophies are won and rewards are won. It's the nitty-gritty of it. It's the defining moment. We understand that. It's the home stretch for us. We are in a good place and we will continue.”

“We knew it [would be difficult]. You just look at Fulham's last results they don't concede goals. We do well. In 90 minutes generally we were so solid and, yeah, we won again.”