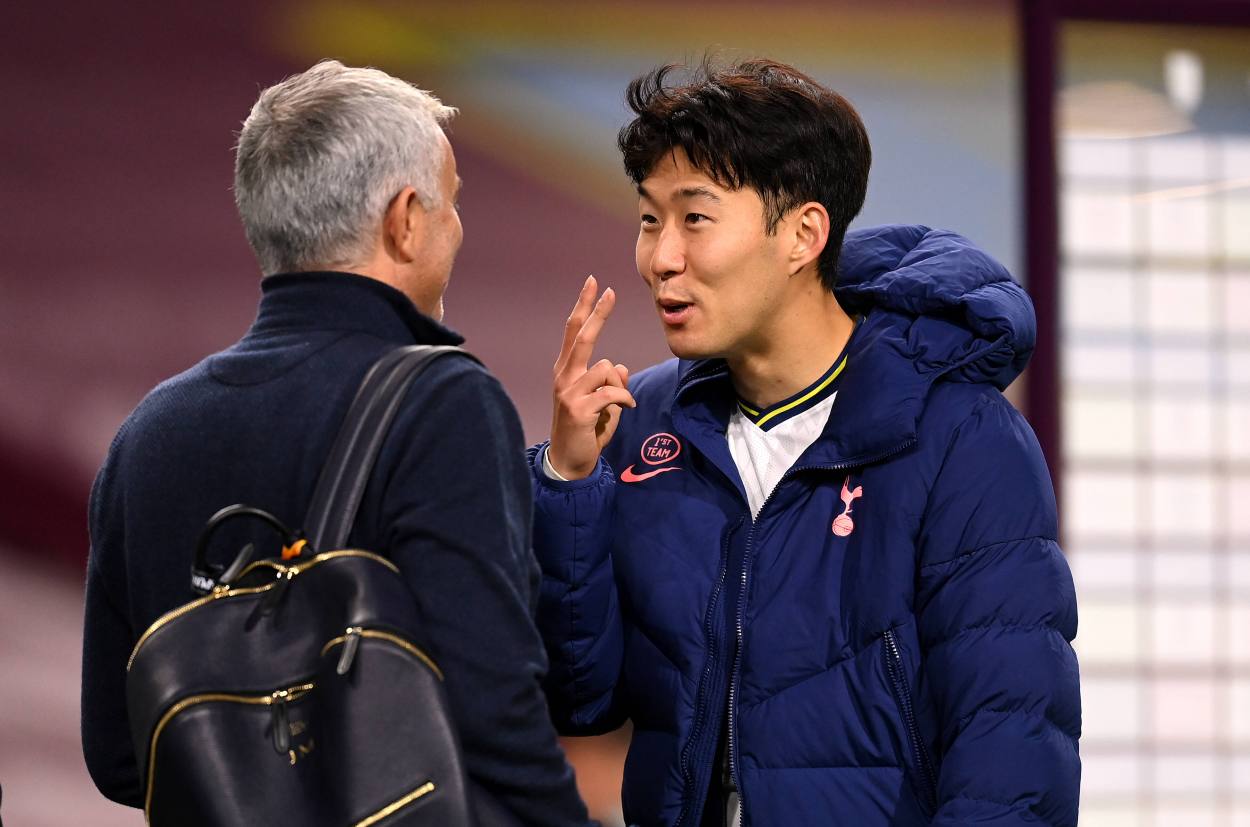 Tottenham Hotspur striker Heung-min Son has dismissed reports that manager Jose Mourinho has lost the dressing room amid his side’s poor form in the Premier League.

Spurs are currently sitting at 9th place in the Premier League table, eight points behind 4th placed Chelsea, after losing four of its last five games in the English top-flight.

The North London outfit has endured defeats at the hands of Liverpool over the past month, with its only victory coming over relegation-threatened West Brom.

Spurs’ poor form has raised doubts about the club’s ability to finish in the Champions League places after a one-year absence before which they had made it to the final of Europe’s elite club competition.

Little wonder, then, that reports over the past few days have claimed that the Portuguese manager has lost Spurs dressing room, which Son has denied in his latest press-talk.

“The rumors are just rumors. Our changing room has been fantastic.” Son said when asked directly about rumors that his manager has lost the squad’s confidence.

“Obviously it depends on the results, I’m very sad if we lose and happy when we win. It’s like everyone else.

“The mood went down when we had a couple of bad results but the dressing room hasn’t changed. Everyone is happy and having a laugh and focused on every game. It is a bad rumor.”