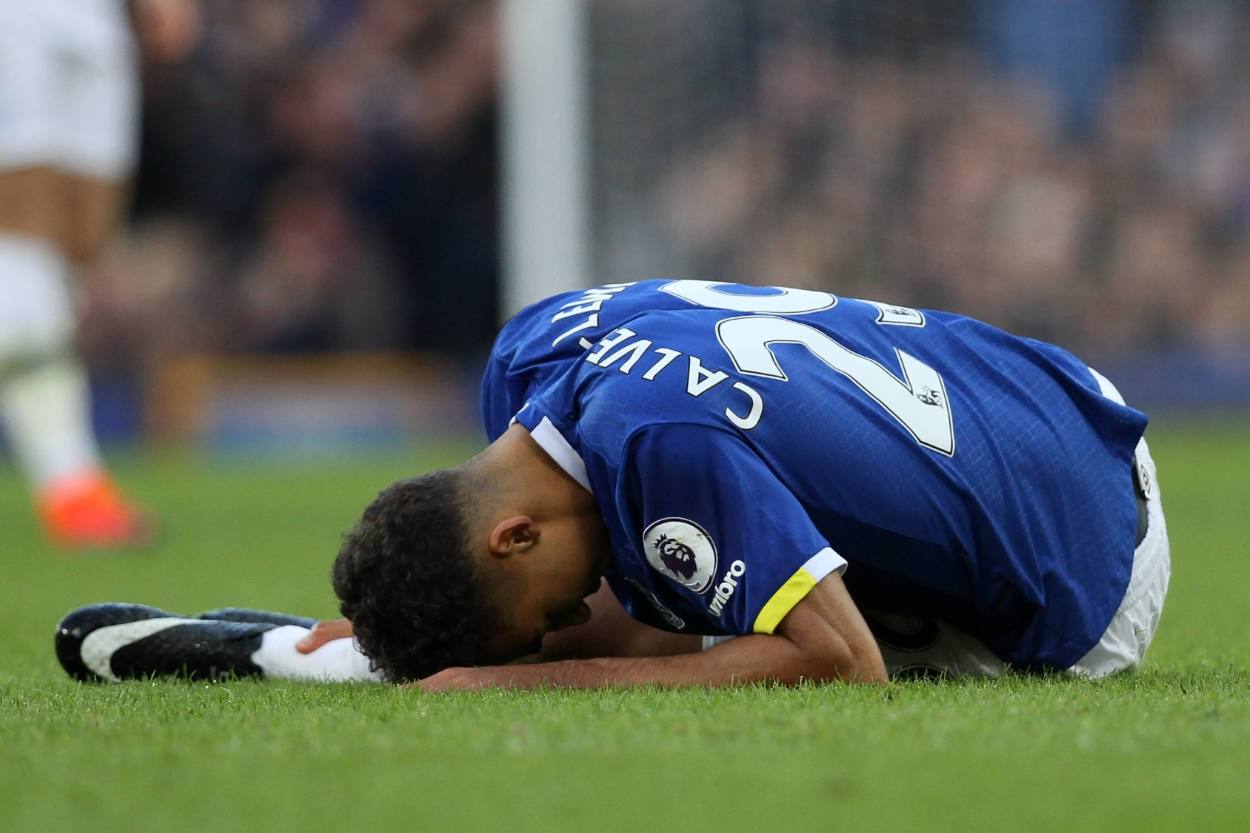 The Toffees have been handed an injury blow after Carlo Ancelotti confirmed that his star striker will miss the side’s trip to Wolves with a hamstring problem.

The 23-year-old England international has been in the form of his life for the Toffees this season, netting 11 goals for them in the Premier League. His importance for his side could be gauged from the fact that Calvert-Lewin has scored almost half of his side’s 26 EPL goals this term.

“He (Calvert-Lewin) had a little problem in the week before the game against West Ham,” Ancelotti said, quoted by Sky Sports.

“Because he had not had this type of injury before he was not able to judge it for himself. He played all of the game against West Ham so this shows that it is really not a big injury but we want to keep him safe and when he comes back, to be 100 per cent”.

However, it isn’t only the Everton fans who will be sweating on the fitness of their main striker. Fantasy Premier League managers from across the club will also be hoping the striker’s injury concerns aren’t serious as almost 40% of them have Calvert-Lewin in their sides ahead of gameweek 18.

Tosun, who will likely replace Calvert-Lewin in the Everton side, might be the preferred option for those Fantasy Premier League managers will to stick a Toffees forward up top, though they could also swap the Englishman with in-form Anthony Martial or Alexandre Lacazette.