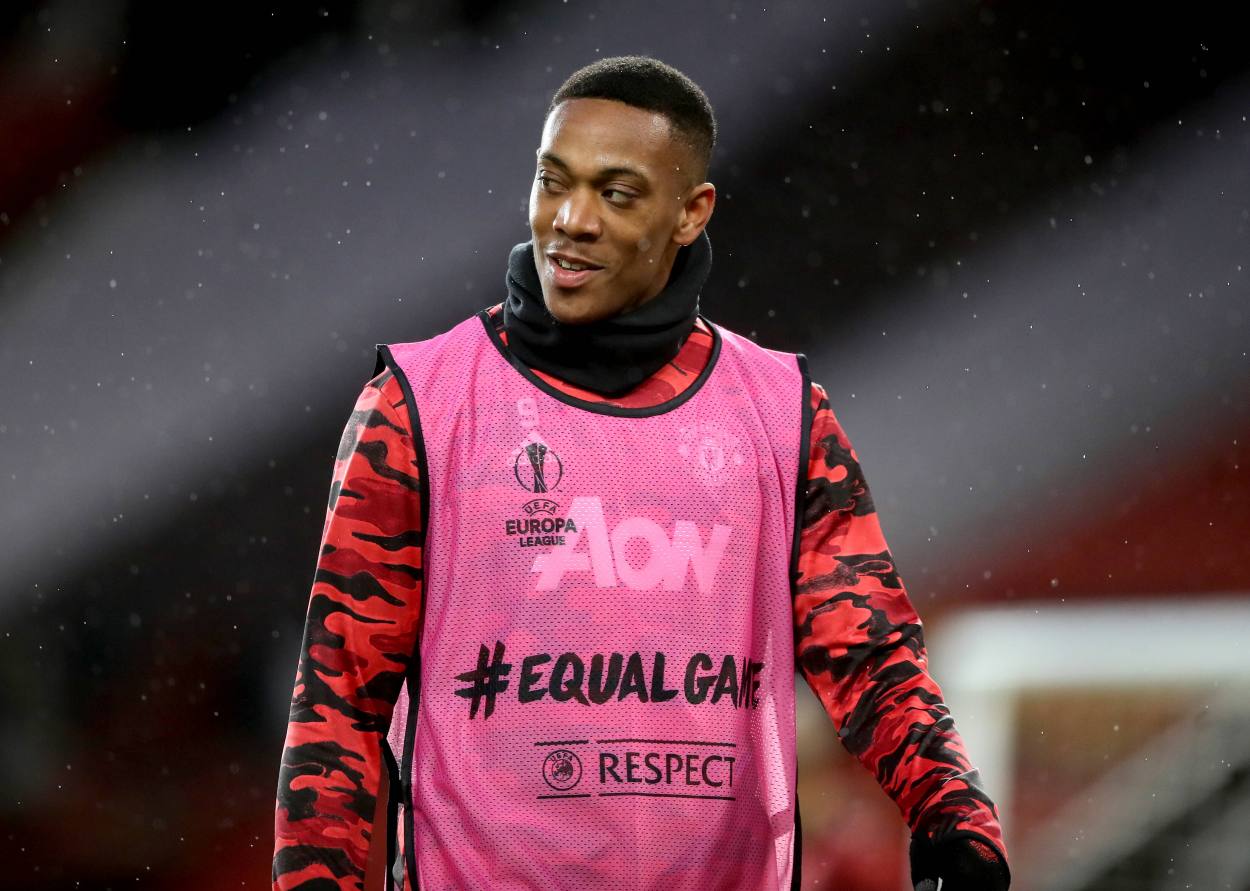 How Man United & West Ham might line-up on Sunday evening

How Man United & West Ham might line-up on Sunday evening. With a game in hand, the Hammers might snatch fourth place with a win at Old Trafford

Manchester United may well be without a first-team striker for their crunch game against in-form West Ham on Sunday evening.

With Edinson Cavani and Marcus Rashford already sidelined with injuries, Ole Gunnar Solskjaer would hope to start Anthony Martial, who was limped off with a hip injury in a 1-1 draw against AC Milan in UEFA Europa League on Thursday.

Whereas, David de Gea, who was in Spain for his child’s birth is now back in Manchester and may start between the sticks in place of Dean Henderson. However, Ole says the Spanish goalie is a ‘touch and go’ for Hammers clash:

“David is back in Manchester. So he is quarantining or self-isolating. He is touch and go for Sunday I think because I can’t really know when he came back so I am not really sure if it was Monday or Tuesday that he arrived back in Manchester.”

On the other hand, Jesse Lingard, who is in red hot form, is ineligible to play against his parent club and we might see Jarrod Bowen or Ben Johnson in place of the winger. David Moyes will also be without the services of Arthur Masuaku, Angelo Ogbonna, Andriy Yarmolenko and Darren Randolph.