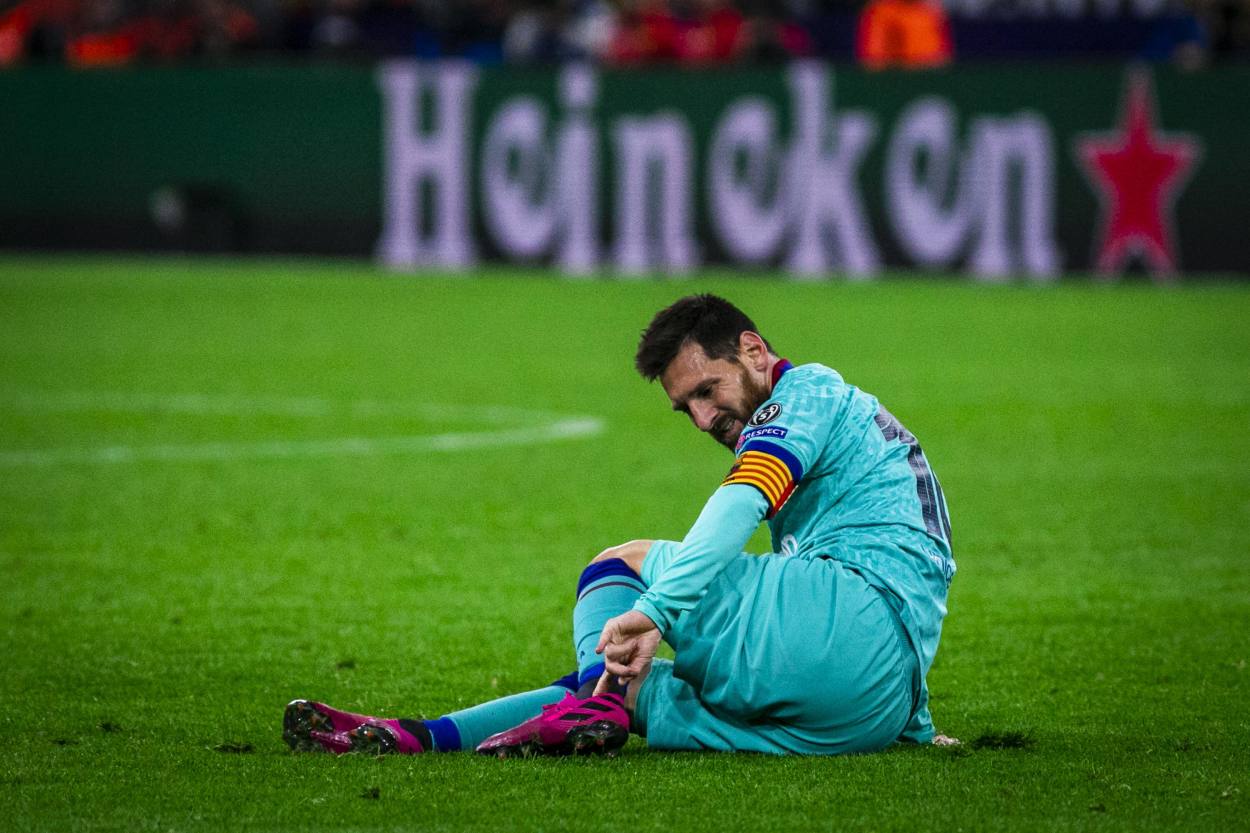 Is Messi injured? Why the Argentine sat out Barcelona training ahead of Super Cup semi-final with Real Sociedad

Is Messi injured? Why the Argentine sat out Barcelona training ahead of Super Cup semi-final with Real Sociedad later today.

Alarm bells have been ringing at after the club's main star sat out the final training session ahead of Super Cup semi-final clash with Real Sociedad .

Lionel Messi was now there to be seen as Barcelona trained for the final time ahead of their Super Cup semi-final clash with Real Sociedad later today.

The 33-year-old Argentina superstar, who climbed to the top of La Liga goalscoring charts on the weekend with his double strike against Granada, has entered the final few months of his Barcelona contract and is yet to sign a new deal with the camp Nou outfit.

His off-the-field issues haven’t impacted Messi’s form on it, though. After an uncharacteristic slow start to the season, the forward has gotten into his groove, scoring six goals in his last five appearances for Ronald Koeman’s side in the Spanish top-flight.

The Argentine's absence from the Barcelona's last training session ahead of the Super Cup semi came as a surprise mainly because Messi showed no signs of any discomfort when he walked off the pitch after being substituted with Martin Braithwaite on the 65 th -minute mark.

Ronald Koeman allayed fears of the Barca faithful by claiming that any injury concerns didn't force the decision to take Messi off, instead it was his choice to ‘rest important players' like the 33-year-old that convinced him to take off the Argentine two minutes after Barca Scored Their 4 th goal of the game.

That means that, despite his absence from the training session, Messi will start Barcelona's clash with Sociedad later today. He is expected to play in the middle of the front three, with Ousmane Dembele and Antoine Griezmann on either side of him.

Stats borrowed from Transfermarkt.com make it clear that the record of Messi vs Real Sociedad isn’t anything short of spectacular. The 33-year-old has scored 16 goals in only 26 appearances against La Real, while also providing nine assists in those games.