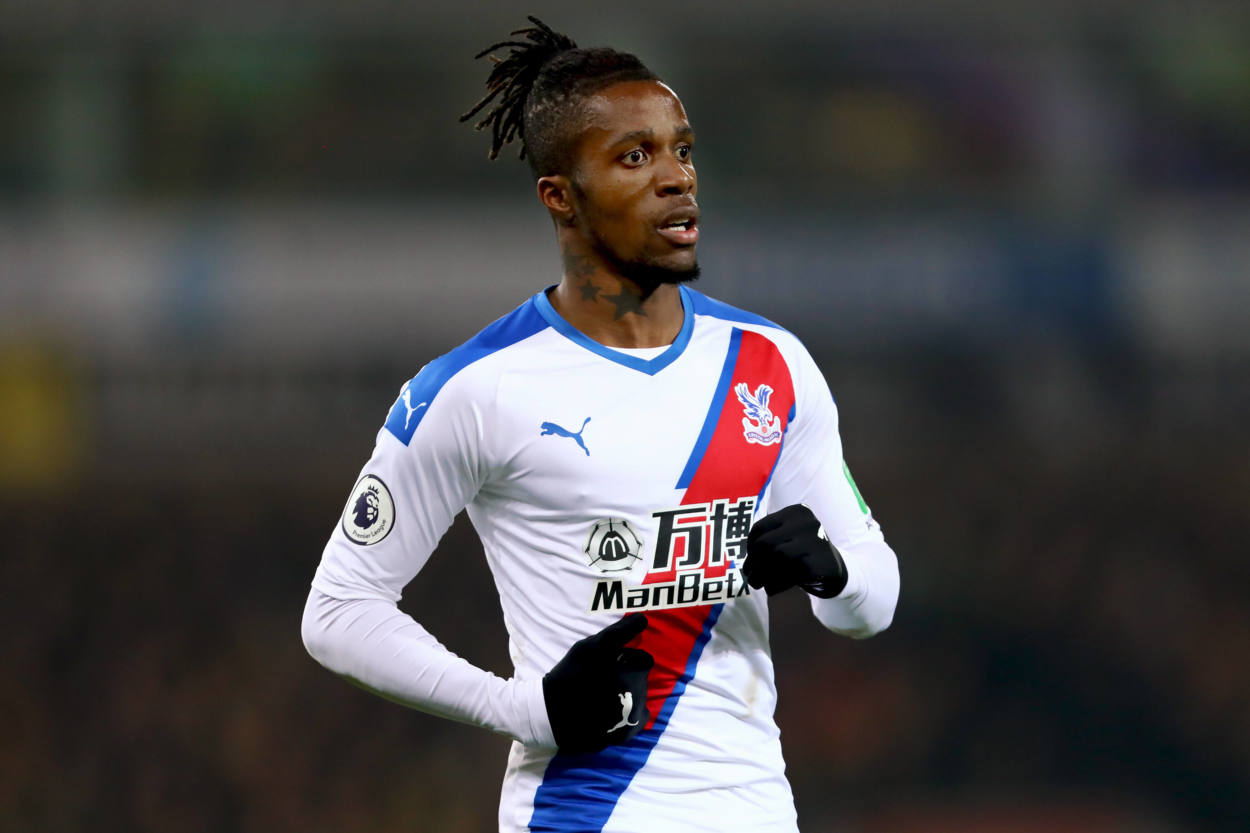 Wilfried Zaha has ignited rumors about his Crystal Palace future by admitting that he would love to ‘win trophies’ in future.

The 28-year-old forward has spent the majority of his career at Selhurst Park after an unsuccessful yearlong spell with Manchester United.

Zaha has consistently been the best performer for the Eagles since he rejoined Roy Hodgson’s side on a permanent transfer in 2013.

His importance for the Eagles could be gauged from the fact that the Ivory Coast international has been named the club’s Player of the Year in three of the past five years.

This season too he has been the star performer for the Selhurst Park side which would have been battling relegation had it not been for the forward’s nine Premier League strikes.

Little wonder, then, that Roy Hodgson’s side have rebuffed multiple offers from top Premier League clubs over the past few transfer windows for Zaha.

However, if the player’s latest comments, which he offered to Financial Times in an interview, give any clue, he might be on his way out of the club in the near future.

“I’ve been at Crystal Palace since the age of eight. I have given my all to the club, no one can tell me I haven’t. Anyone who knows me personally knows I’m very ambitious. As soon as I put the Palace shirt on, I put my 150 per cent every game.

“My 150 per cent may come across like I’m angry but that’s the passion coming through. I may get up in your face and get annoyed but I want to win. The thing is, I’m ambitious and I’ve always wanted to play at the top level.

“I’d love to win trophies or have the opportunity to win a trophy and show my kids that I’ve won this or that.”