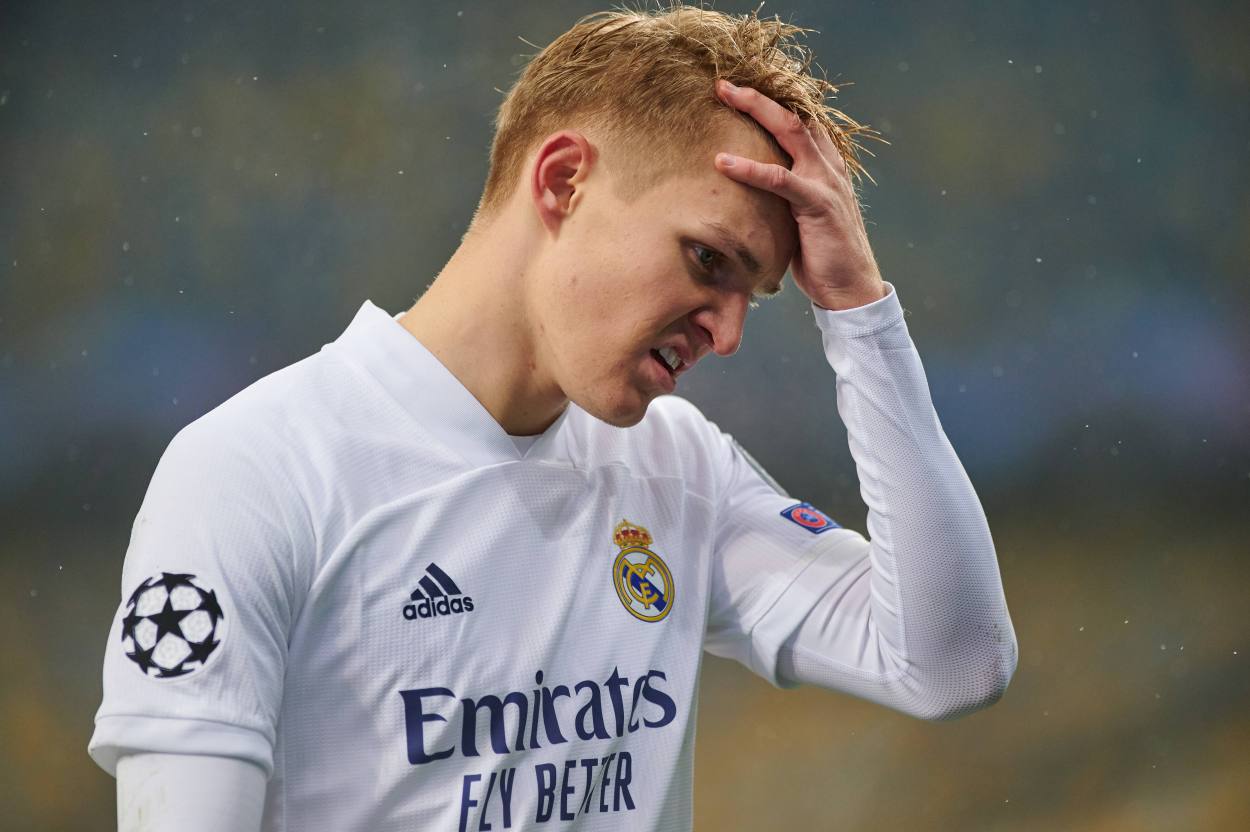 Multiple reports claim that Zinedine Zidane’s side are willing to grant him his wish by letting him leave on a six-month loan in the coming days.

Fast forward six years, however, and the player is yet to prove he was worth the hype that surrounded his move to the Spanish capital. Two failed loan spells at Heerenveen and Vitesse have been followed by one partly successful one at Real Sociedad, but Odegaard is yet to earn his place at Santiago Bernabeu.

There were expectations at the start of the season that after a successful loan spell with La Real, during which he scored 7 times in 36 appearances, the Norway international would have done enough to convince Zidane and earn a spot in Madrid’s starting XI.

But as his reported transfer request has shown, the 22-year-old is still way down the pecking order at the reigning La Liga champions.  He has started only 3 Spanish top-flight games for Madrid and is yet to score a goal for Zinedine Zidane’s side in any competition this season.

Although his numbers this season have been well-below average, Odegaard, with his performances at Sociedad during the 2019/20 campaign, showed just how good he actually is, with Daily Mail claiming at the time that the 22-year-old had eventually become a Galactico.

His failure to prove those words is therefore as much a failure of the midfielder as it is of Zinedine Zidane, whom average results at the start of the season forced to go with the experienced duo of Toni Kroos and Luka Modric in midfield, leaving youngsters like Odegaard aware that they’d have to move elsewhere to get more playing time.