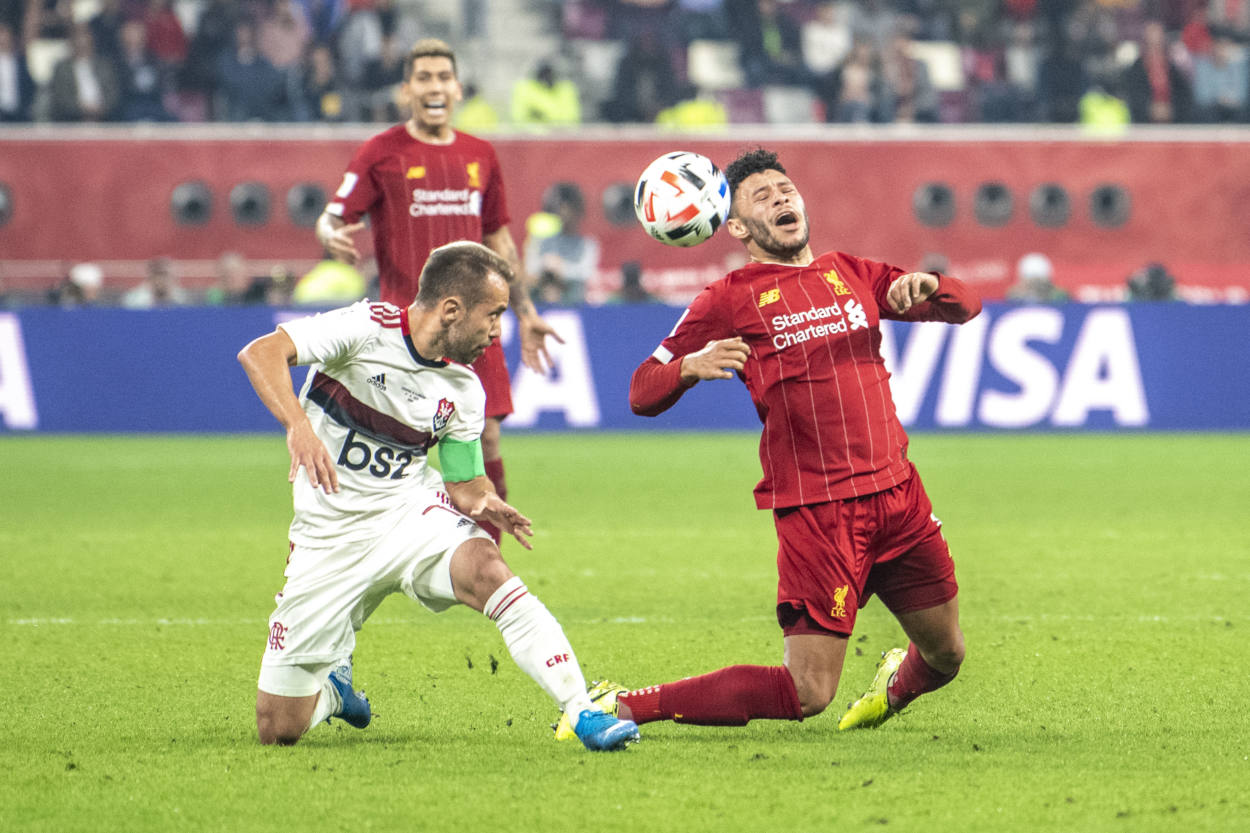 In the build-up to his side’s Boxing Day clash with 2nd placed Liverpool manager Jurgen Klopp provided injury updates on several of his key players.

Jurgen Klopp has issued an injury update on Alex Oxlade-Chamberlain following the midfielder’s 2nd half injury during the final of the Club World Cup.

The 26-year-old England international was replaced on the 75th-minute mark after an earlier clash with a Flamengo player had left Chamberlain visibly hobbling on the pitch.

He was later pictured joining his teammates following the club’s victory on Saturday, though the attacker was wearing a protective boot on his right foot.

Liverpool fans feared that if the midfielder is once again ruled out for a long term, it might harm their side’s chances of winning the first Premier League title in almost 30 years.During his press-conference ahead of Liverpool’s Boxing Day clash with high-flying Leicester City, here’s what Klopp had to say regarding the injury situation of the English midfielder.

The Liverpool boss said: “No news on anyone else which is good news. And with Oxlade yeah, as we probably expected.

“You have three ligaments on the outside of the ankle and one of them is damaged. And now we have to see how quick we can fix that.

“I don't know exactly [how long it will take]. I had that injury myself but it was years ago. It can take a while or can be quicker.

“We have to see but no chance on Thursday, no chance this year. Oxlade will not play anymore [in 2019] that's clear.”With the 26-year-old set to miss all of his side’s fixtures during the busy festive period, Liverpool might be in for a tricky few weeks.

The Premier League leaders kick off their festive period schedule with an away trip to the King Power Stadium on Boxing day as they look to open up a 13-point lead at the top of the table.

After facing the Foxes, the Reds will then welcome Nuno Espirito Santo’s Wolves at Anfield only three days later, with Sheffield United coming to Liverpool on 3rd January.

The brief respite from Premier League fixtures will be interspersed with Jurgen Klopp facing old foe Carlo Ancelotti in the Merseyside derby in the 3rd round of this season’s FA Cup.

With Chamberlain set to miss all these games, and probably more if his recovery doesn’t go according to plan, the likes of Naby Keita and Georginio Wijnaldum would have to up their game if the Reds are to keep their lead at the top of the Premier League table in double figures.