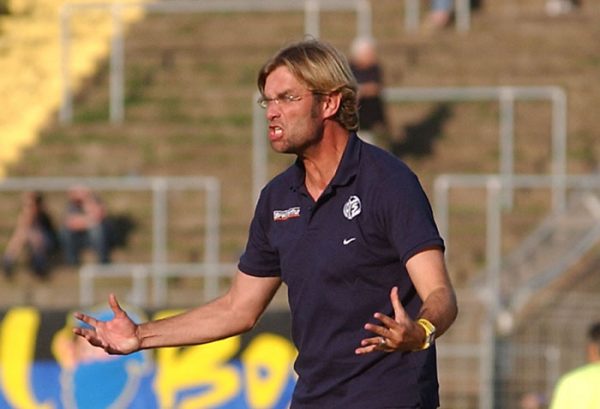 Jurgen Klopp is the most successful German manager that the Premier League has ever seen. He has managed to take Liverpool from a successful club into a global powerhouse. And let’s be honest – this kind of success rarely goes unnoticed. This has led many football fans to speculate that Klopp might be getting a call up for the German manager position. Nothing has been confirmed, of course, but rumours are certainly running riot about this possibility.

It’s fair to say that the German national team might need a change too. However, Joachim Low, manager from 2006-2021 has only recently stepped down. His fifteen years in charge were rather epic, to say the least, and they included a 2014 World Cup victory. But in August 2021, Low stepped aside to make way for Hansi Flick, the previous manager of Bayern Munich. As luck would have it, Flick made an immediate impact.

Germany became the first team to qualify for the 2022 World Cup, and Flick has already been hailed as a success. With all of this said, many still wonder whether he is the right man for the job. Specifically, there is a shared opinion that Klopp would be the best choice going into such a major competition. But could it really happen? Let’s find out.

Klopp to take up the role as Germany’s manager?

At the time of writing, Jurgen Klopp has a contract at Liverpool that runs until 2024. And since Klopp didn’t take up the manager role after Euro 2020, it’s unlikely he will take over right away. In fact, Klopp has explicitly addressed the media to state that he won’t be taking the role any time soon. He stresses that he wants to focus on Liverpool and do the best he can until 2024, which is when we believe Klopp might consider taking the position.

But there is a bit more to it than that, as identified below.

Germany was once a goliath of world football. They were the team to beat for a long time, and the 2014 World Cup demonstrated how well they can play. But since the 2014 World Cup victory, Germany hasn’t won anything. They fell short in the 2016 Euros, and their 2018 World Cup campaign was an absolute disaster. And then in the 2020 Euros, played in the summer of 2021, they lost convincingly to England.

Naturally, this wasn’t acceptable in the eyes of German football fans, and Low stepped down in August. However, while Flick has taken over and breathed some new life into the team, there is still great pressure for success. The 2022 World Cup will be Flick’s first challenge, and his future role as the manager really does depend on Germany’s performance at this event. Should he fail to do well, Germany may want to instantly relieve him of the position. Of course, this would pave the way for Klopp to take over.

Everyone knows how prolific Klopp has been for Liverpool. He has completely revolutionized the club, and the trophies he has won speak for themselves. But this could actually work in a positive way concerning whether he decides to manage Germany or not. Technically speaking, he has already achieved everything that he set out to achieve at Liverpool. He has won the Premier League, won the Champions League, and he is already going to go down as one of the greatest Liverpool managers of all time.

This then begs the question, will he retain his motivation for the next few years at Liverpool? That’s a pretty big ask for a guy that has already done it all. And if his motivation dwindles, he could well start searching for a new challenge.

Absence of international management for Klopp

As manager of domestic teams, as stressed above, Klopp has done it all. But if he really wants to go down in history, a move into international management seems somewhat inevitable. And what better team to manage than the country he is from? Klopp is obviously a man that loves a challenge too, and challenges don’t get much bigger than the Euros or the World Cup. So could he really seek the role of German manager purely for these reasons? We certainly believe so.

If Klopp did make such a move and win one of these titles, he would be hailed as one of the all-time greats, period. We don’t imagine this will occur before 2024, but anything could happen, and it all rides on the next World Cup!