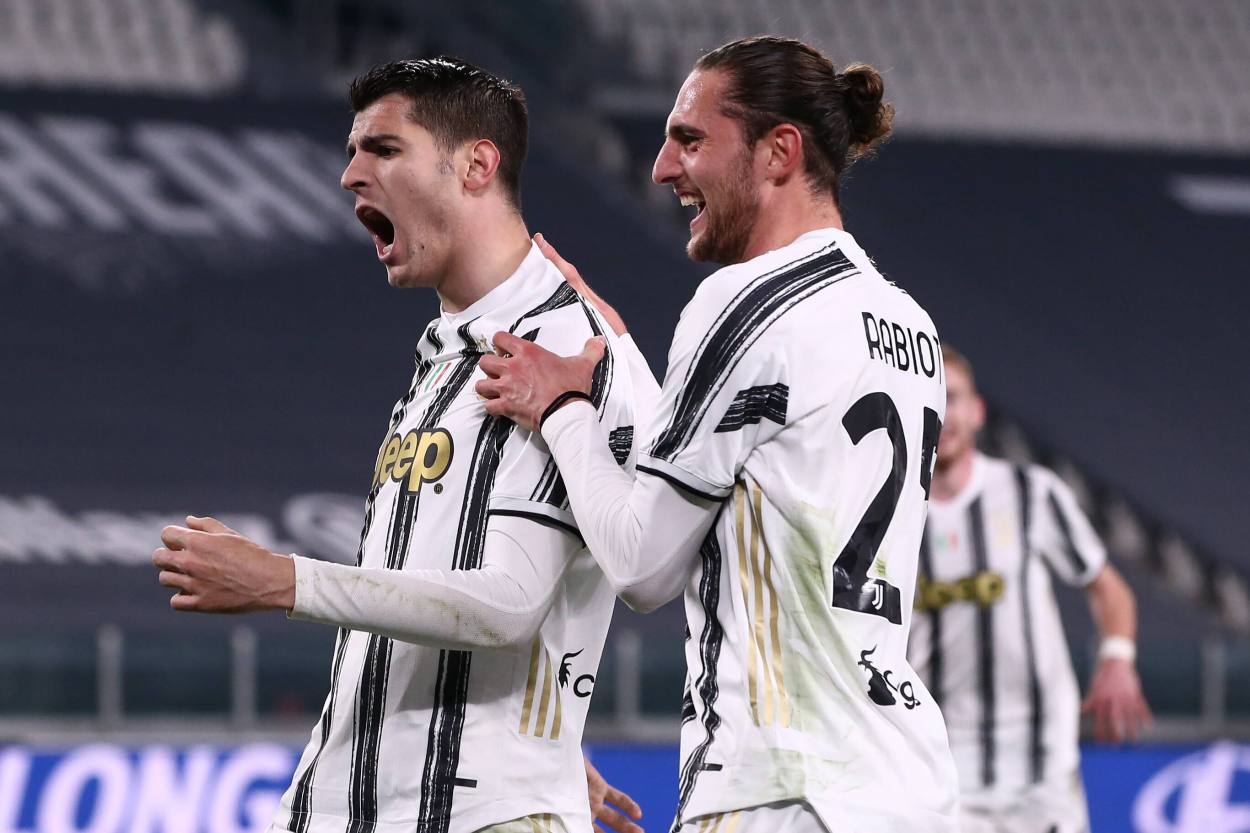 Juventus keep their title defense alive as the hosts came from behind to beat seventh-placed Lazio at Allianz Stadium.

Ahead of UEFA Champions League Round of 16 second leg against Porto, Andrea Pirlo benched his start asset, Cristiano Ronaldo, on the bench as Alvaro Morata led Juve’s attack.

It was all Lazio in the opening quarter of the game and the visitors claimed a deserved lead in the 14th-minute when Kulusevski’s misplaced pass was expertly converted by Joaquin Correa. But six minutes before the break, Adrien Rabiot's superb effort restored parity.

The hosts looked dangerous after the restart and have a penalty appeal waved off by the referee, but their pressure paid off in the 57th-minute when Alvaro Morata put them ahead on the counter-attack. At the hour mark, the hosts were awarded a penalty after Ramsey was fouled in the box. Morata then put the game beyond any doubt with his second of the night as he sent Pepe Reina the wrong way.

As mentioned earlier, Juventus will welcome FC Porto in the second and would be looking to turn the tie as the Serie A giants trail 2-1. Whereas, Lazio will host Crotone in Serie A on Friday.