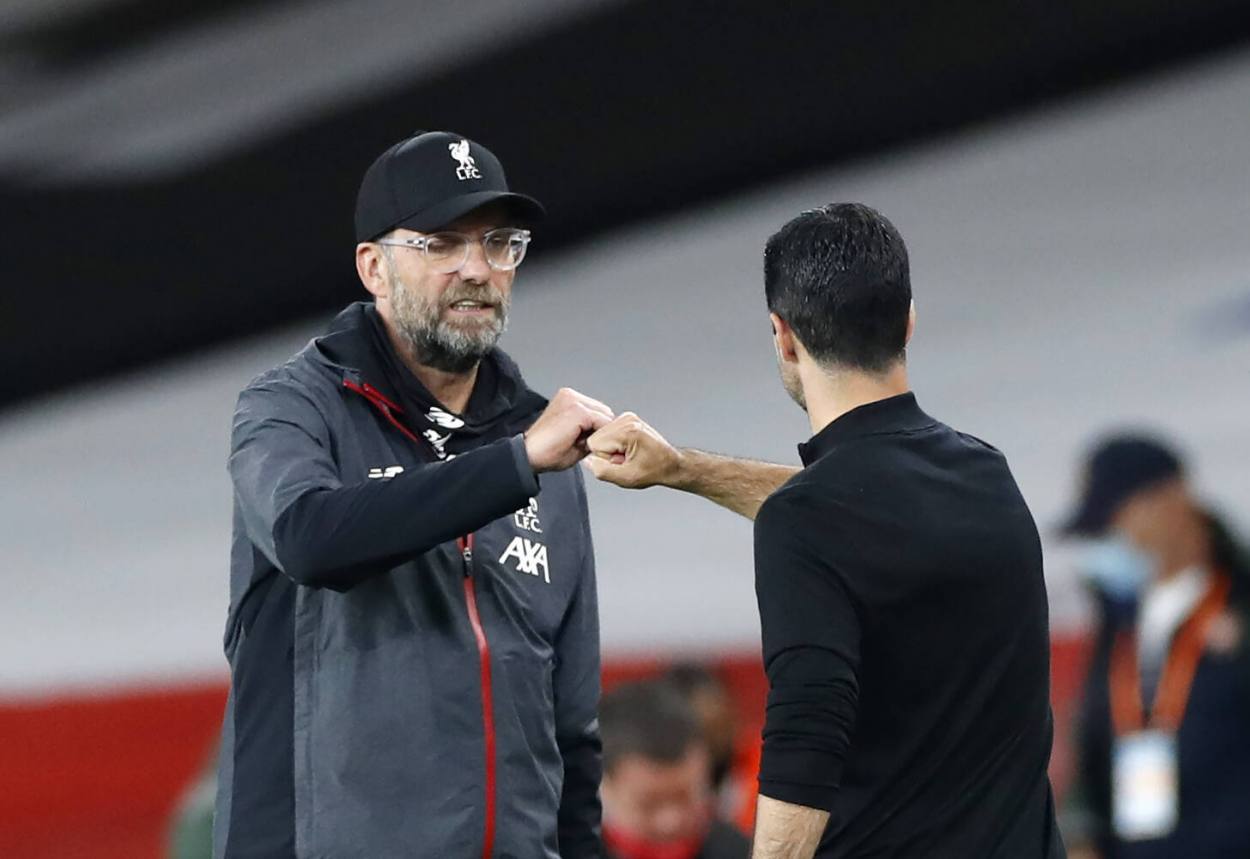 Liverpool and Arsenal will meet twice in the space of four days – first in the Premier League and then in the quarter-finals of EFL Cup.

Both the teams have a perfect record in English top-flight so far, winning two from two. However, Mikel Arteta’s Arsenal looked a more balanced side in the opening two game weeks.

Whereas, Liverpool had an almost disastrous start to their title defense when newly-promoted Leeds United scored thrice at Anfield in the opening round of PL. And even in a 2-0 win against Chelsea last weekend, Liverpool were way too far from where they left the last season.On the other hand, Mikel Arteta has a pretty impressive record against Premier League champions, winning Community Shield on penalties and a 2-1 win in last PL encounter.

The first meeting of the season between defending champions Liverpool and reshaped Arsenal will take place at Anfield on Monday night.Summer signing Thiago Alcantara who came on the pitch after half-time against Chelsea, may feature against the Gunners.

Jordan Henderson who didn’t feature after half-time at the Bridge due to injury will miss Arsenal clash. However, Joe Gomez who was sidelined with the injury during the opening weekend has returned to the training and may make it to the bench.

Other significant absentees for Liverpool include James Milner – who is out due to calf injury – Alex Oxlade-Chamberlain and Joel Matip.

As far as Arsenal are concerned, Mikel Arteta is facing a selection dilemma as the injury list keeps on growing at the Emirates. The main absentees include Pablo Mari, Cedric Soares, Shkodran Mustafi, and Gabriel Martinelli.

However, there is some positivity as well with David Luiz available for selection along with Kieren Tierney who is expected to start at the back in place of Sead Kolasinac.From April 2017, Liverpool are unbeaten at the Anfield in Premier League, stretching their unbeaten run to 60.

The home form of the Champions is astonishing as Liverpool won last 26 out of 27 Premier League meetings at the Anfield and have scored at least 2 goals in the last 25 out of 27 fixtures.