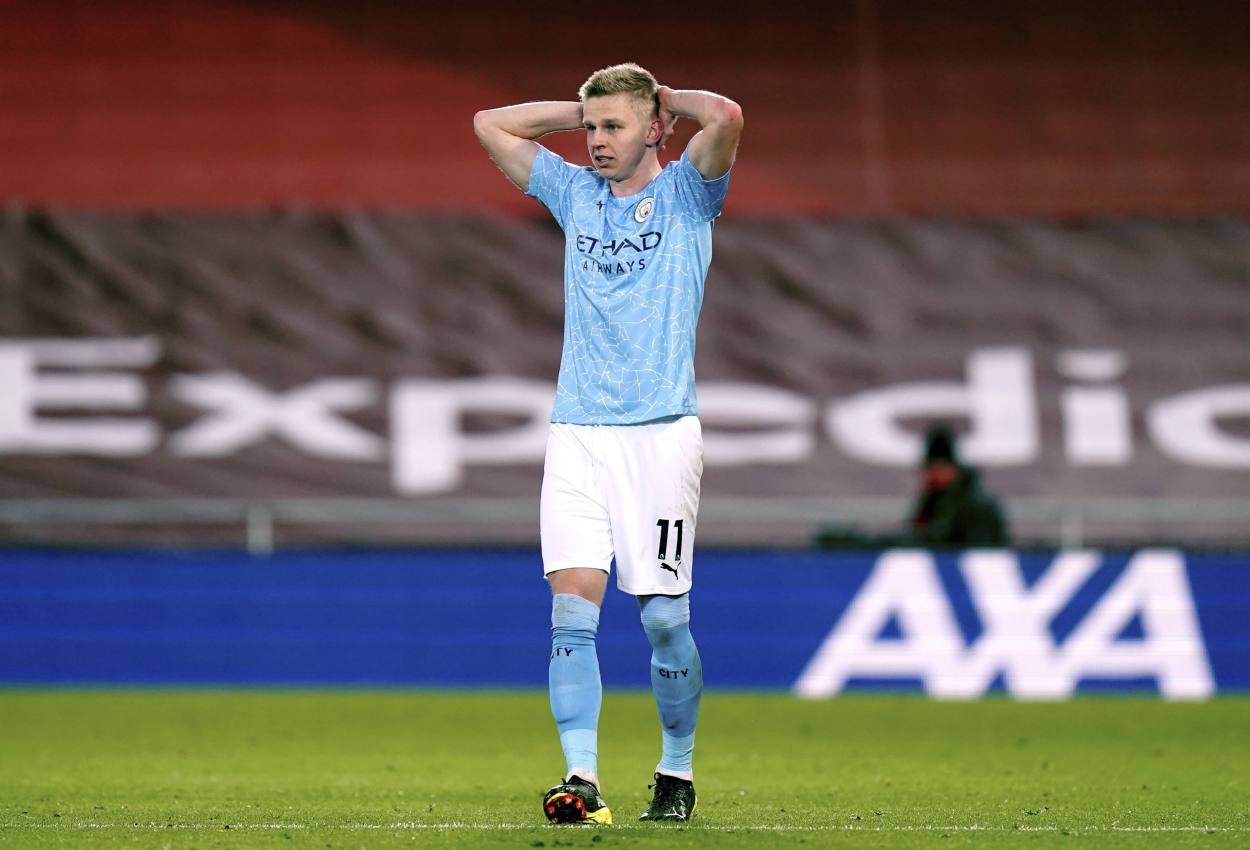 Manchester City are open to offers for Oleksandr Zinchenko and will let the Ukraine international leave should a suitable bid comes in for his services.

Manchester City are open to offers for Oleksandr Zinchenko and will let the Ukraine international leave should a suitable bid comes in for his services.

Tuttomercatoweb claims that the 24-year-old left-back, who has made 18 appearances for City across all competitions this season, might be heading the exit door in the summer.

Since signing for the Etihad outfit as a teenager in the summer of 2016, Zinchenko has made 86 appearances for the Premier League giants in all competitions.

However, he has been unable to nail down a permanent starting XI spot in the side, slipping in and out of what Guardiola seemingly views as his strongest eleven.

That’s precisely the reason why, despite being on a 20-game winning run in all competitions, City are open to the idea of letting the left-back leave, even though he has featured in many of those twenty games since returning to the side earlier this year.

Will Zinchenko start for Man City against Wolverhampton Wanderers?

As Ligalive reported yesterday, the Ukrainian is one of three Man City defenders – the other two being Ruben Dias and John Stones – who are expected to retain their starting XI spot from the side that defeated West Ham 2-1 at the weekend.

The only defender who played against the Hammers on Thursday – and who might make way on Tuesday – could be Kyle Walker. The England international might be replacing Joao Cancelo on the bench, with the Portuguese potentially replacing the Englishman in Man City’s starting XI Vs Wolves.