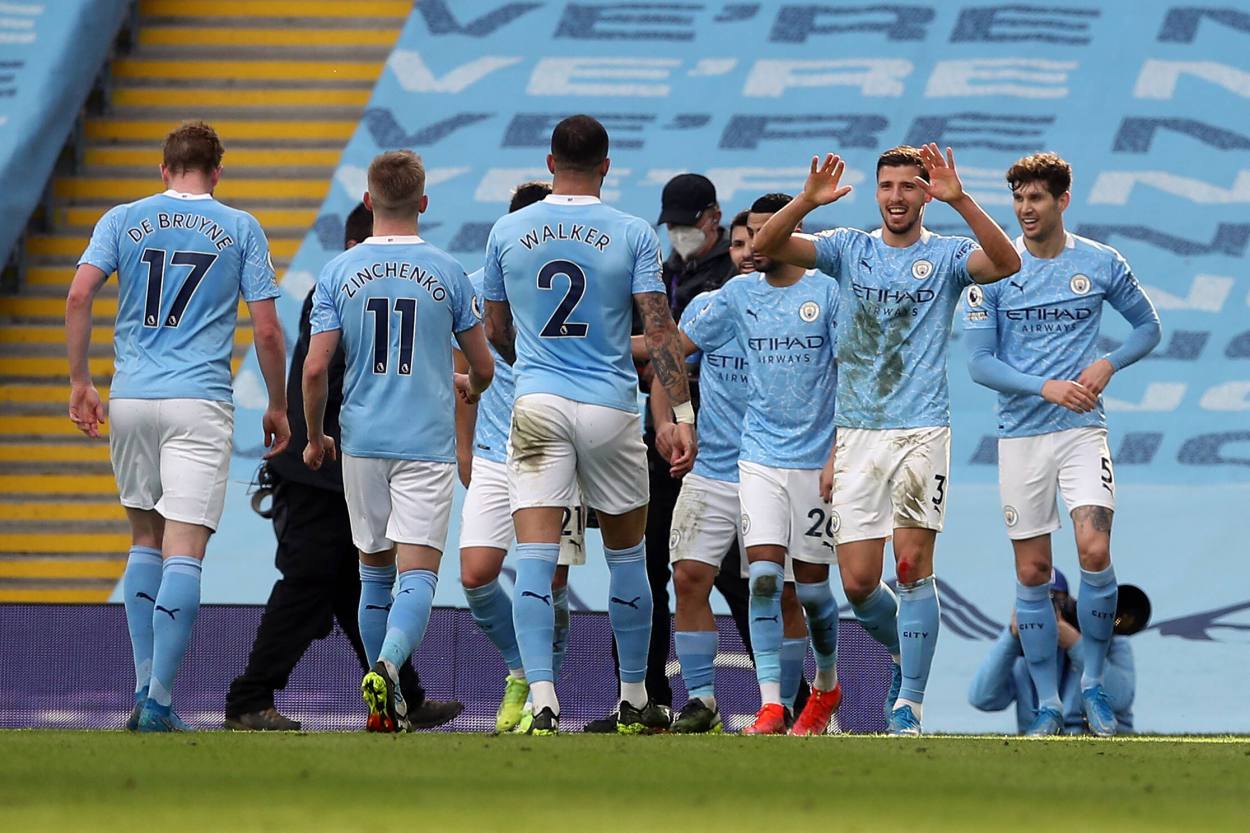 Manchester City will be aiming to further extend their 21-game winning streak when they host Manchester United at the Etihad Stadium on Sunday afternoon.

Pep Guardiola’s side are coming into this game as favorites, having not dropped a single point in the Premier League since the middle of December. Even more impressive is that the likes of Liverpool, Chelsea, Tottenham, Arsenal and Everton have tried but failed to stop City during the run.

Ole Gunnar Solskjaer would thus be aiming to achieve something no other team has managed in almost three months: stop the Man City juggernaut from running away with the 2020/21 Premier League title, while also keeping their dim hopes of winning the Premiership alive.

The home side has only a single injury concern ahead of this Sunday’s Manchester derby. Summer-signing Nathan Ake still hasn’t recovered from the muscular injury that has kept him out of action until the turn of the year, though he may be in their squad for next week’s clash with Southampton.

Man Utd, however, have to deal with a laundry list of injuries. Paul Pogba (thigh), Juan Mata (unspecified) and Phil Jones (knee) have all been ruled out from the clash. David De Gea too will miss the game due to personal reasons, with Dean Henderson replacing the Spaniard in United’s starting XI.

Anthony Martial still remains a major doubt from the game due to the knock he sustained in the build-up to his side’s 0-0 draw with Crystal Palace in midweek. So too is Donny van de Beek, who missed out on the trip to Selhurst Park, and is also expected to be out on Sunday.

Victor Lindelof is one Red Devils’ star who might return to action at the weekend. The Sweden international was on United’s bench during their clash with Palace in midweek, but Solskjaer has expressed his confidence of him making it to the starting XI on Sunday.