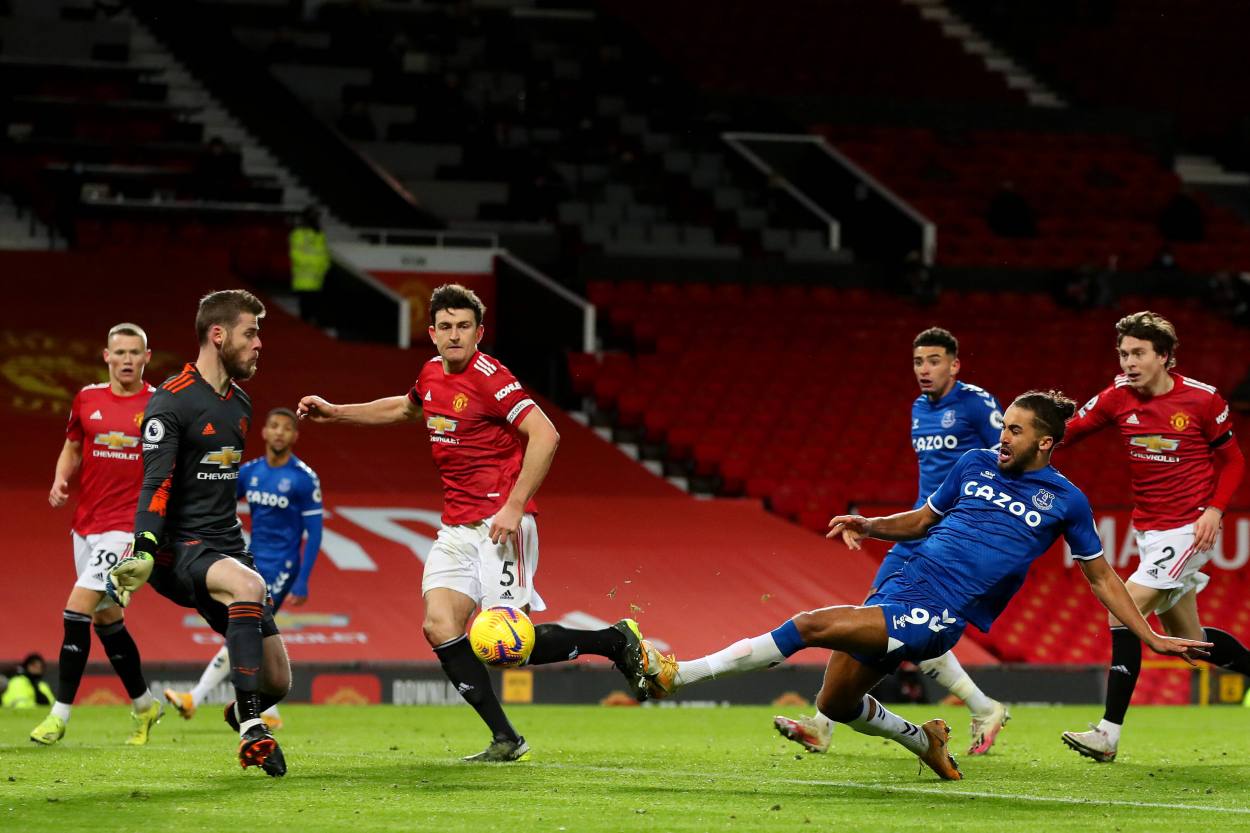 Dominic Calvert-Lewin equalized in the final minute of the game as Everton came from behind twice to earn a point at Old Trafford.

Manchester United started where they left in 9-0 thumping against win against Southampton and scored twice before half time – thanks to Edinson Cavani’s header from Marcus Rashford’s inch-perfect cross and Bruno Fernandes’ audacious chip over Robin Olsen from the edge of the area.

Then in the fifth minute of stoppage time, Everton committed bodies forward and keeper Robin Olsen also reached United’s box for Lucas Digne’s free-kick. The Frenchman’s free-kick met Roy Keane who glanced the ball towards the goal where Dominic Calvert-Lewin showed commitment and stabbed the ball into the net to make it 3-3.

“We deserved to win the game but that is football for you. You have to take your chances and cannot concede with every shot.”

“Wow, what a game. It was fantastic emotion. What can I say? The first half we started well and were in good control. Instead of passing forward we passed backward. Play with more courage, I told the players. That is what they did second half.”