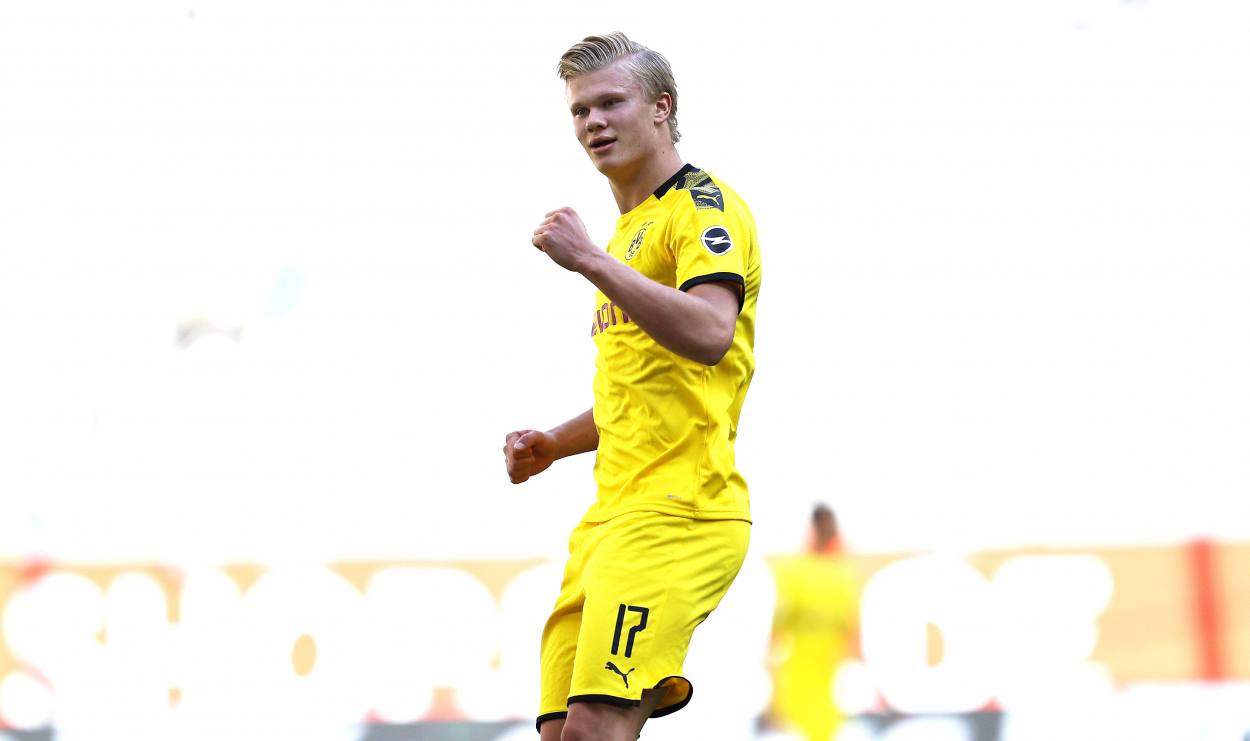 Manchester United an unlikely boost in their pursuit of Erling Haaland.

The 54-year-old, who wasn’t able to get enough votes in his favor, had vowed during his campaign to bring the Borussia Dortmund star to the Nou Camp if the Socios elected him on January 24.

It was also claimed at the time that the 20-year-old striker had reached an agreement with Rousaud to move to the Spanish giants in the coming transfer window.

But whether or not that report was true doesn’t matter now that Rousaud has pulled out of the race to become Barcelona’s upcoming president in elections scheduled for January 24.

His decision to pull out won’t only serve as a huge boost to other candidates trying to succeed Bartomeu – it will also be a massive boost for sides like Man Utd that have been trying to land the signature of Haaland in the coming months.

Does Erling Haaland have a release clause?

Standard Sport claims that while Haaland has a release clause of €75m, the release clause will not come into effect until 2022. This means that Dortmund, who signed Haaland on a deal that won’t run out until June 2024, will be free to ask whatever they want for the Norwegian this summer.

Will Haaland leave Dortmund this summer?

However, despite rumors linking him with an exit from Signal Iduna Park, reports coming out from Germany claim that Haaland will not leave Dortmund this summer as he’s very happy at the club and isn’t thinking about moving elsewhere anytime soon.

What does Erling Haaland make at Dortmund?

According to 90m, the 20-year-old Norway international will earn €6m per year for the first two years (2020 and 2021) of his Dortmund contract. The last two years of his contract will see his wages go north, up to €8m per year.