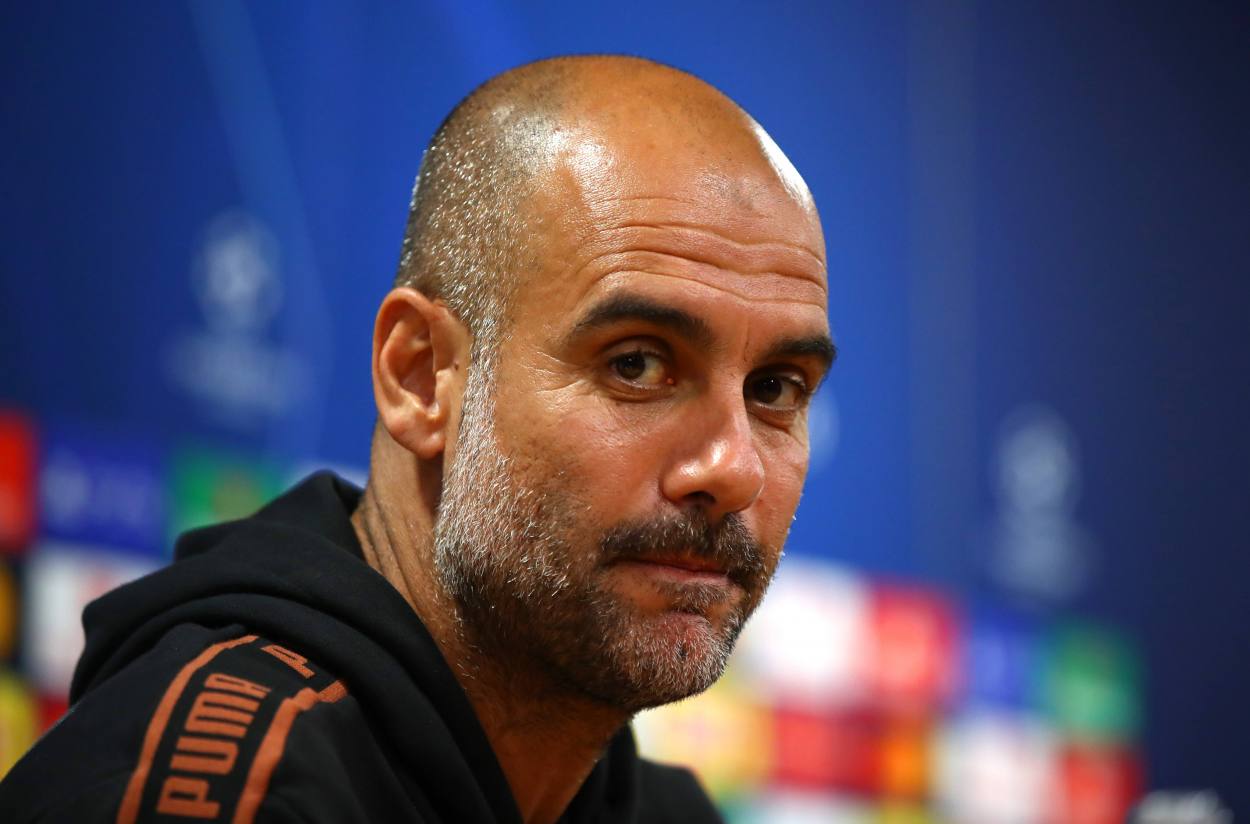 One of UCL favorites Manchester City will take on outsiders Lyon in the last quarter-final of UEFA Champions League on Saturday evening in Lisbon.

Pep Guardiola will be hoping to stay put on their Premier League form and play the same way they played against Real Madrid in R-16 tie at the Etihad a few days back.

Manchester City are in sublime form since the restart but their pre-lockdown form, as compared to Liverpool, was less than convincing as Pep’s men finished 18 points behind PL champions and were knocked out by Arsenal in FA Cup semi-final.On the other hand, Lyon, who finished 7th in Ligue 1 and failed to qualify for next season’s Champions League as well as Europa League, are having a dream run in this year’s campaign, knocking Juventus out in R-16.

However, momentum is on the side of the Citizens and their morals are high after overcoming UCL favorites Real Madrid with an aggregate of 4-2, but anything can happen in these one-legged UCL ties.Manchester City will be without their main man Sergio Aguero and Gabriel Jesus will lead the attack for Pep Guardiola’s men.

The Brazilian is in red hot form since Aguero’s injury and he is the go-to man for the Etihad residents with nine goals involvements in the competition (6 goals, 3 assists) – more than any other City player.

Moreover, Real Madrid, Oleksandr Zinchenko and Mendy at the left side.

As far as Lyon are concerned, Moussa Dembélé who wasn’t in the squad for Juventus clash will surely be the part this time and he will lead the attack alongside Memphis Depay, who scored the crucial away goal against Juve in the second leg.

Another significant player for Lyon will be Jason Denayer. The former Man City defender, who couldn’t burst into City’s starting XI despite spending four years at the Etihad, will be a guaranteed starter for the Ligue 1 outfit.Lyon got the better of City in the group stage of 2018-19 season campaign, beating them 2-1 at the Etihad and drawing 2-2 at Groupama Stadium.

Apart from the previous stats, Manchester City are in better form going into the tie and favorites to reach the semi-final, while Lyon have lost four consecutive matches on either side of COVID-19 break.

The form of City players is also favoring Pep’s men to go through as Raheem Sterling, Kevin De Bruyne and Gabriel Jesus all scoring for fun, but anything can happen in UCL and especially in these one-legged ties.Predicted Manchester City lineup vs. Lyon: © Ederson; Walker, Fernandinho, Laporte, Cancelo; De Bruyne, Rodrigo, Gundogan; Mahrez, Jesus, Sterling