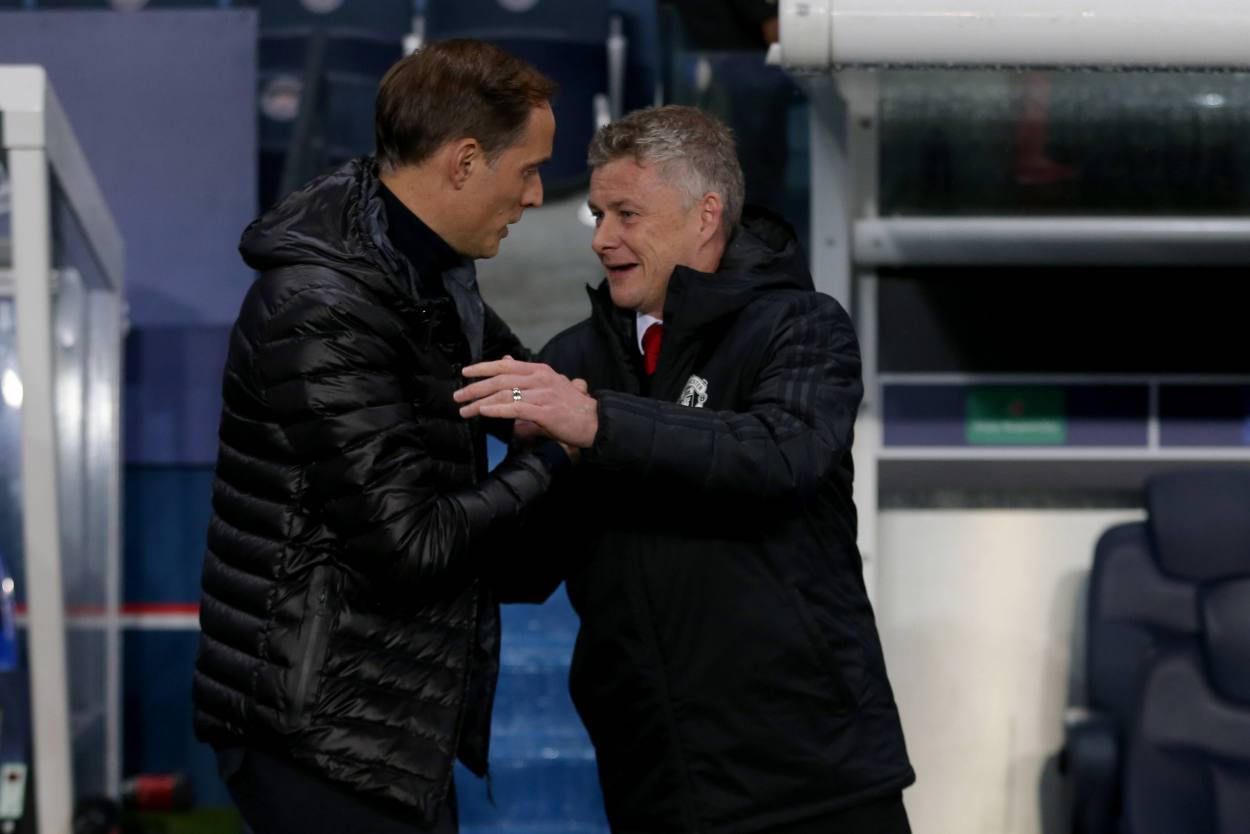 Victory for Ole Gunnar Solskjaer’s side will book their place in the last-16 of the Champions League for the first time in three years.

Paris Saint-Germain in the Champions League on Wednesday night.

Ole Gunnar Solskjaer’s side are coming into this game on the back of a morale-boasting 3-2 victory over Southampton at the weekend. The Red Devils went two goals behind early on in that game and secured a comeback victory courtesy of a Bruno Fernandes goal and an Edinson Cavani brace.Ligue 1 giants PSG have endured an average start to the new season, one which has seen them suffer five defeats in all competitions already this campaign. They’ll be hoping to put that behind them with a victory at the Theatre of Dreams.

Doing that won’t be easy, though, given that the Red Devils defeated Thomas Tuchel’s side in the reverse fixture. A victory for PSG on Wednesday, together with RB Leipzig’s likely win over Istanbul Basaksehir, will throw the Group H wide open, with three teams level at the top with nine points on the board.Manchester United fans will be hoping to Anthony Martial return to the starting lineup on Wednesday after the Frenchman missed out on his side’s victory at the weekend due to an injury.

David de Gea is also expected to be fit for this game after recovering from the knock which forced Solskjaer to take off his No.1 goalkeeper at half time against the Saints, though Dean Henderson will be waiting in the wings if the Spaniard is anything less than 100% fit.

The quartet of Jesse Lingard, Scott McTominay, Luke Shaw and Eric Bailly remains out of the game with their respective injuries, but summer signing Alex Telles is expected to return to the starting XI after recovering from the minor knock he sustained at the weekend.

United’s hosts, meanwhile, will travel to Manchester without left-back Juan Bernat who remains a long-term absentee. But they have better news on the injury front as former Man Utd duo Ander Herrera and Angel Di Maria are both expected to return to the XI.

Teenage debutant Timothee Pembele, who capped his first senior-appearance for PSG with an own goal against Bordeaux at the weekend, is expected to lose out his place.Having beaten Les Parisiens in a landmark victory for the Old Trafford outfit in March 2019, United got the better of PSG in the reverse fixture in October as well.

However, given the fact that Thomas Tuchel’s side got the better of Man Utd in their last trip to Old Trafford, they’d be confident that the front three of Di Maria, Mbappe and Neymar will fire them to glory once again on Wednesday.

And with the qualification still up for grabs and Leipzig facing a potentially easy away trip to Istanbul, Les Parisiens will know that anything but a victory on Wednesday will narrow their path to the last 16 of the Champions League.Possible Manchester United starting lineup: De Gea; Wan-Bissaka, Lindelof, Maguire, Telles; Fred, Matic, Van de Beek; Fernandes, Rashford, Cavani