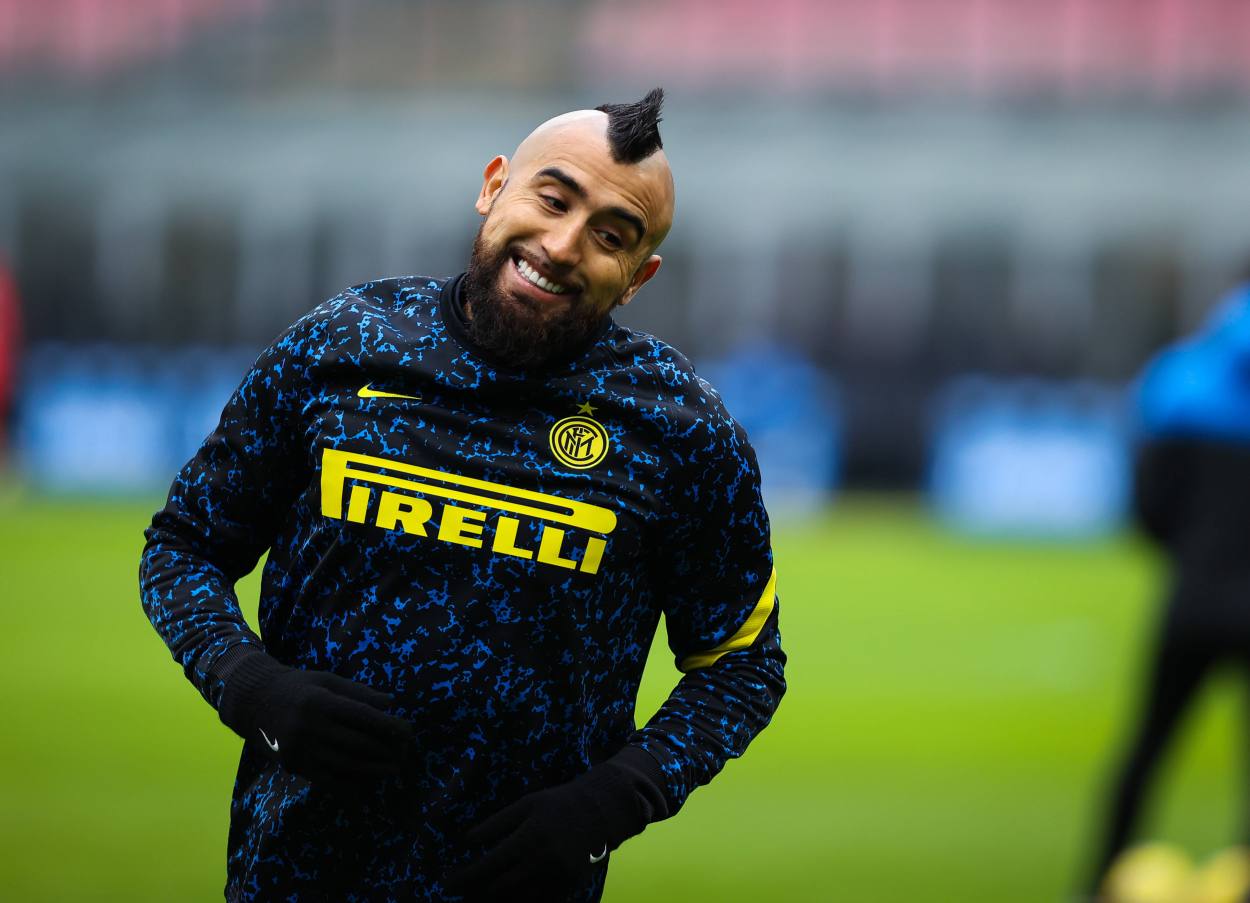 The midfielder, who moved to San Siro at the start of the season, isn't impressing his manager too much with his fitness.

Arturo Vidal's fitness was called into question by manager Antonio Conte after Inter Milan's 6-2 victory over Crotone on Sunday.

The former , told Vidal to play and ‘f *** off' after the Chilean gave away a penalty in the first half. Conte didn't stop at that and publicly criticized the midfielder's fitness in his post-match press conference.

Vidal receiving criticism from his manager seems odd given the fact that the Chilean has never given any of his previous managers a reason to question his fitness. However, now that Conte has questioned his lifestyle, the player would do well to consult his model girlfriend for some dieting and exercise tips.

The 32-year-old Colombian, who became Arturo Vidal's girlfriend after the Chilean divorced his wife last year, is a social media celebrity known for her eye-catching physique. Sonia regularly sends the heartbeats of her 3.1m Instagram followers racing by posting photos of her in racy outfits.

However, it isn't only to Instagram that her fame is limited. Sonia first got into the news by becoming a professional body builder in her country and it was only afterward that her sexy Instagram photos caught the eye of the public's imagination.

Inter and Vidal's supports then has every reason to hope that the combative midfielder is getting fitness tips from her girlfriend. Otherwise, as Conte has shown in the past, he won't think for a moment before once again lambasting the Chilean in front of the press.arturovidalprofile”]