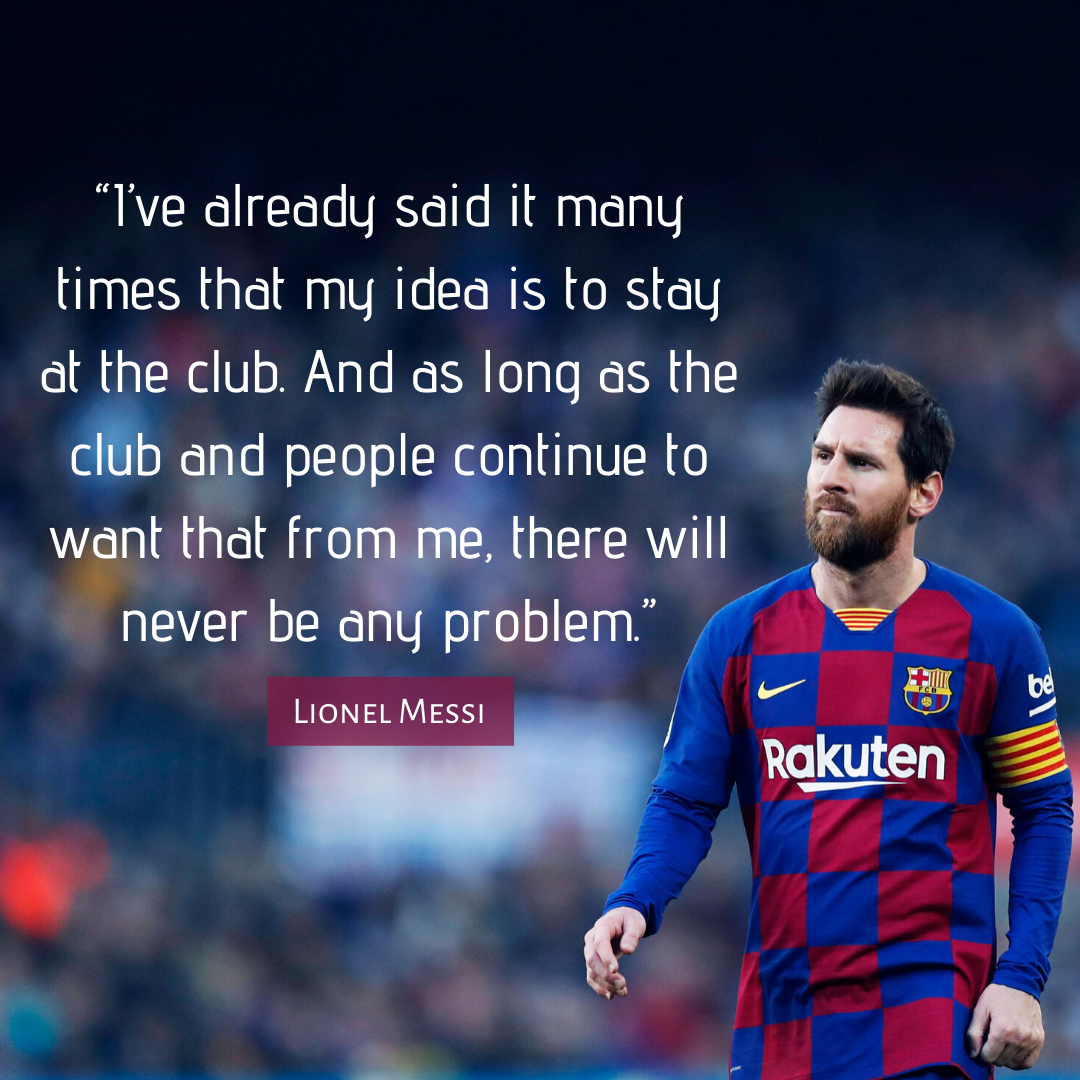 Messi Is Not Going To Leave Barca

There have been rumors that Messi is going to leave Barcelona after his contract expires in a few months.

However, Leo disputed that in an interview with Mundo Deportivo, saying that his intent was never to leave the club.

“My idea is to stay at Barça, and as long as the club and the fans want that, there is no problem on my behalf.”

“I want to win another Champions League with Barça, and I also want to continue winning LaLiga titles here. My idea is to stay at the club and try to aspire to every honour again.”

“At no time has leaving Barça crossed my mind, and it hasn't now either.”

“The years go by and you never know, but I feel very good. I feel better overall than in previous seasons.”

“I have a lot of desire to enjoy another Champions League win. If it's this year in Istanbul, then even better.”