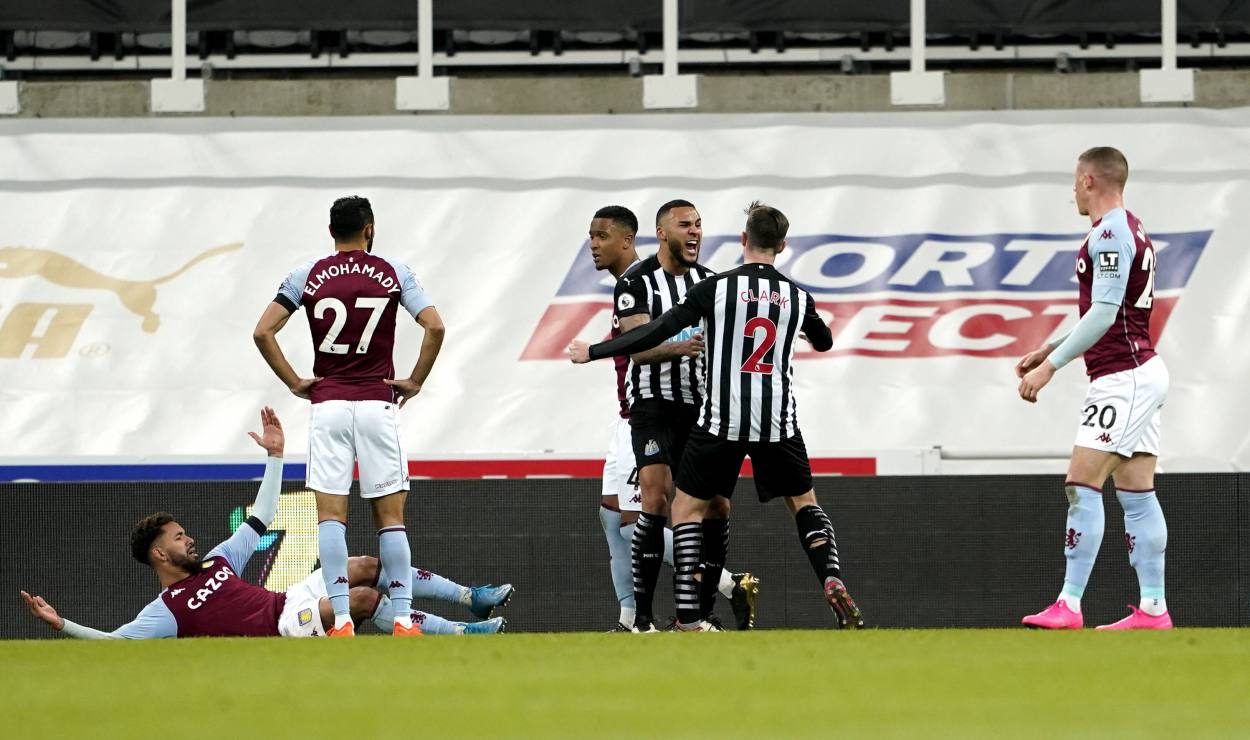 Newcastle vs. Aston Villa: Lascelles’ last-minute header earns a point for the Magpies

Newcastle United go two points clear from the relegation zone after a 1-1 draw against Aston Villa at St. James' Park.

Both teams lacked quality in the final third and the game was destined for a goalless draw but in the 86th-minute, Ollie Watkins put Villa head as his header deflected off Ciaran Clark and went in. However, in the final minute of the game, Jacob Murphy’s cross was nod home by Newcastle captain Jamal Lascelles as the hosts snatched a point.

It was a deserved equalizer for Newcastle who remained a better side for most of the game and hit the crossbar through Jacob Murphy minutes before Aston Villa took the lead.

This draw means Newcastle United go two points clear from the relegation zone, but the Magpies may drop down to the bottom three if the weekend’s results go against them. Meanwhile, a point for Aston Villa means they remain 9th in the table, nine points adrift of fourth-placed Chelsea.

Up next for Dean Smith’s men is a home game against Jose Mourinho’s Tottenham next Sunday, while Newcastle will travel to Brighton on Saturday.

“I thought it was going to be one of those cruel nights where you don't get something you deserved out of the game. The one thing I have to say is that the resilience of the players and their effort and endeavour I can't question. We are going to need it, every single ounce of it.”

“When you're a goal up with four minutes to go you're disappointed naturally. We didn't deserve to win the game. It wasn't a game for the purists, I thought it was a bit of an ugly game. They probably had the best chances but we should see it out.”