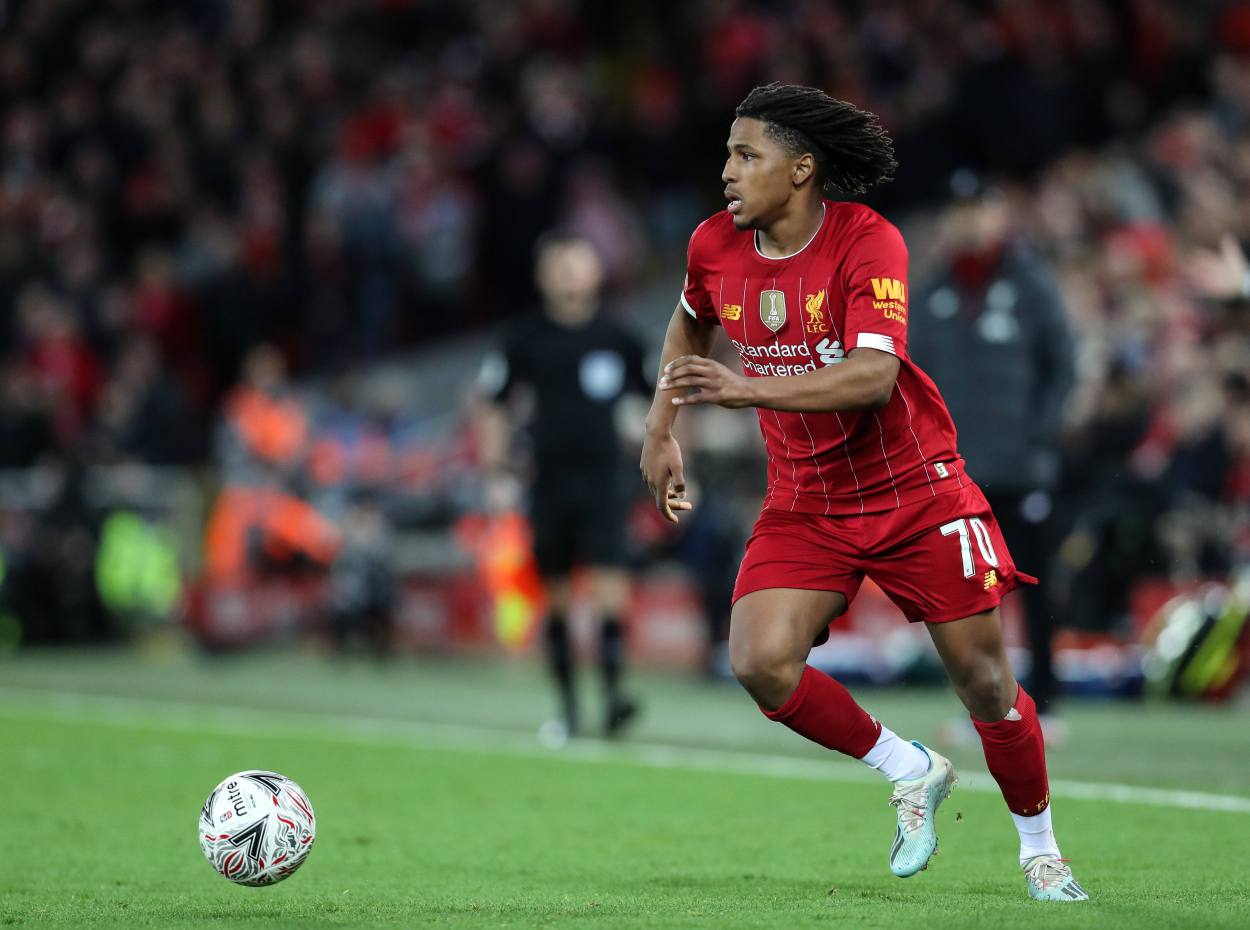 The 19-year-old left-back joined Liverpool from Le Havre in 2017 and is yet to make a Premier League appearance for the Reds’ senior side.

Olympiakos are eyeing a deal for Giannis Chorianopoulos.

The Greek outfit have a recent history of dealing with Liverpool in the transfer market as they sold left-back Konstantinos Tsimikas to the Reds in a $15m deal earlier this summer.And Olympiakos might have to hand some of the money they pocketed from Tsimikas’s deal back to the Reds if they are to lure Larouci to Greece.

The 19-year-old left-back has impressed during his three-year stint as a part of the Reds’ youth squad but is yet to make his Premier League debut, though he did make his first-team debut for Jurgen Klopp’s side during their FA Cup third-round match against Everton in January.After securing the services of Luis Suarez in a £5.5million deal from Barcelona, Diego Simeone’s side have now turned their attentions to the former PSG striker.

Atletico Madrid have ramped up their efforts to sign Edinson Cavani after securing the services of his Uruguayan teammate Luis Suarez from Barcelona, reports Goal.

Cavani, 35, has been a free agent after leaving Paris Saint-Germain following his seven-year stay at the Parc des Princes. Thomas Tuchel’s side were reportedly keen on Cavani to extend his stay but the Uruguay international chose to move on.

And he might end up playing with his national teammate Suarez if the 35-year-old accepts the 12-month deal that Atletico has reportedly offered him. Los Rojiblancos have also included an option for a further 12 months in the deal they have offered to the Uruguayan.

But there remains a major roadblock in the way of the deal – Diego Costa. Diego Simeone’s side must sell the former Chelsea striker before they can secure the services of Cavani, as Atleti cannot afford to pay the big wages of all three star strikers.With the striker having not played for Madrid’s senior side since 2018/19 season, the Serie A giants could land him on a cheap.

Roma are keen on signing out-of-favor Real Madrid striker Borja Mayoral this summer, with the Serie A outfit eyeing the Spaniard as a back-up for first-choice forward Edin Dzeko.

Manchester City striker expected to lead the line for the Stadio Olimpico residents in the 2020/21 campaign.Mayoral, 24, came through the youth ranks of Real Madrid before making his first-team debut for Zinedine Zidane’s side in their 3-1 victory over Las Palmas in August 2015. He then went on to make 30 appearances for Los Blancos over the next two seasons, scoring 7 goals in the process.

Since then the Spaniard has spent the majority of his time out on loan, with Levante using his services for the recently concluded 2019/20 campaign. Mayoral has returned to Madrid after his latest loan spell but is expected to once again go out as he’s way down the pecking order at Santiago Bernabeu.