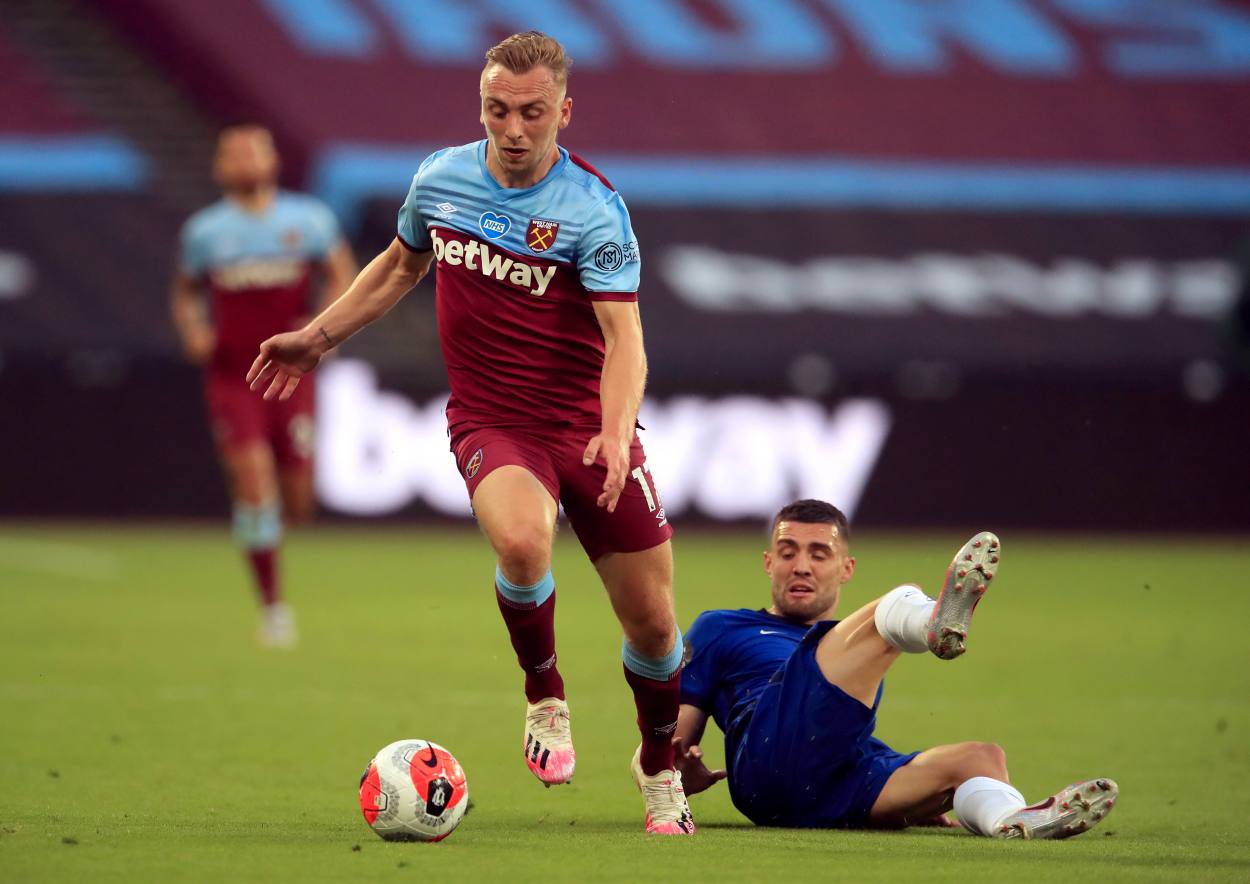 Two of the five fastest players in the English top-flight this past weekend were defenders, with none of the top five belonging to a top-half club, as per The Sun.

West Ham United manager David Moyes might have motivated his players pretty well to avoid relegation as it has emerged that two of the Hammers’ stars were among the five fastest players in the Premier League last weekend.

Forward Jarrod Bowen, who clicked in at a mouth-drying 22.3 miles per hour top speed, was joined by teammate Issa Diop on the stage for the English top-flight’s fastest players. The French defender was 3rd on the list as he hit 21.7mph during his side’s 2-2 draw with Newcastle on Sunday.Separating the duo to occupy the 2nd spot at the list of five fastest players was Bournemouth striker Joshua King. The Norwegian forward managed to run at a maximum speed of 21.9 miles per hour during the Cherries 5-2 defeat at Manchester United on Saturday.

Brighton Hove Albion’s Tariq Lamptey and Southampton’s Shane Long, who shared the third spot with Issa Diop in the rankings, also ran at a maximum speed of 21.7mph during their sides’ respective games over the weekend.Although his side fell further behind in the title race after a shock defeat at the hands of Bologna, the former Manchester United striker set a personal goalscoring record on Sunday.

Romelu Lukaku has become the first player since the Brazilian Ronaldo to score 20+ goals for Inter Milan in his first 30 Serie A games.

The former Manchester United and Everton striker set this record by breaking the deadlock during his side’s 1-2 defeat at the hands of Bologna on Sunday.

Inter’s failure to capitalize on the strike of their top-scorer allowed their hosts to score two late goals in the 2nd half and emerge from the fixture with all three points.

Their defeat means that Inter are all but out of the title race as 11 points separate them from top of the table Juventus who recorded a comfortable 4-1 victory over Torino on Saturday.

Amid rumors that Matteo Guendouzi has refused to sign a new contract with the Gunners, Mikel Arteta’s side have reportedly stepped up their efforts to sign Partey.

Arsenal manager Mikel Arteta and technical director Edu has given the club the green light to complete the transfer of Thomas Partey from Atletico Madrid.

Football.London reports [quoting Goal.com] that the Ghanaian international has been on the radar of Gunners’ scout Francis Cagigao for a number of years.The veteran scout gave the club all the information it needed regarding the playing style of the defensive midfielder who has attracted interest from several other top European clubs.

His potential arrival at the Emirates Stadium is viewed as a major part of Mikel Arteta’s summer rebuild at the club that has improved visibly since his arrival early in the season.