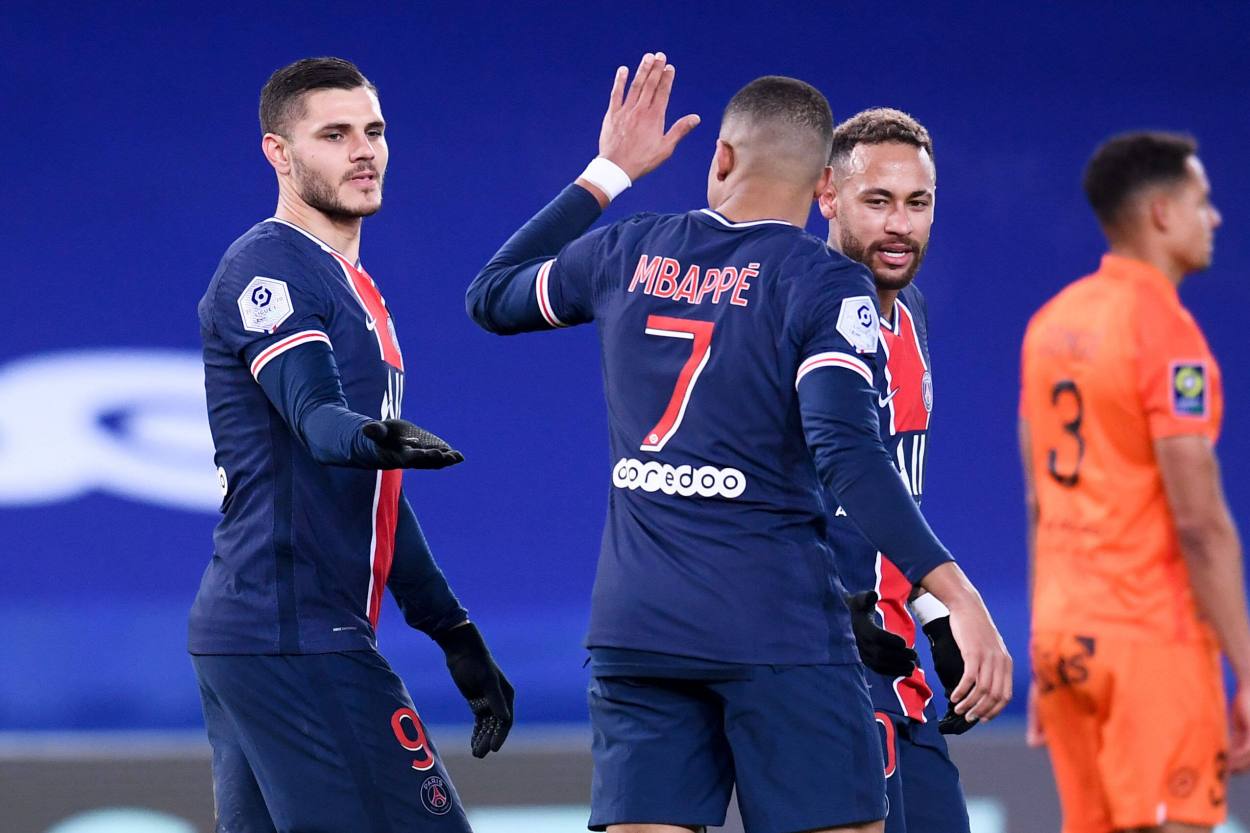 PSG vs. Montpellier: Kylian Mbappe shines with two goals and an assist

Jonas Omlin, Montpellier’s goalkeeper, was initially shown yellow for a foul on Kylian Mbappe outside the box, but after VAR intervention the referee sent off the goalie as the visitors played the rest of the match with a man down.

Soon after Kylian Mbappe converted Angel Di Maria’s pass with a dinked finish to give the home side the deserved lead. However, Montpellier went down to the break with only one goal deficit. Then at the hour mark, Neymar doubled home side’s advantage.

One minute later, Icardi buried Alessandro Florenzi's cross and two minutes later Mbappe – with his second goal of the night – put the game beyond any doubt. The win means PSG go three points clear from the second-placed Lille, who have a game in hand.

What's next for these two?

Mauricio Pochettino’s men will travel to Lorient on Sunday, while Montpellier will welcome Lens on Saturday.