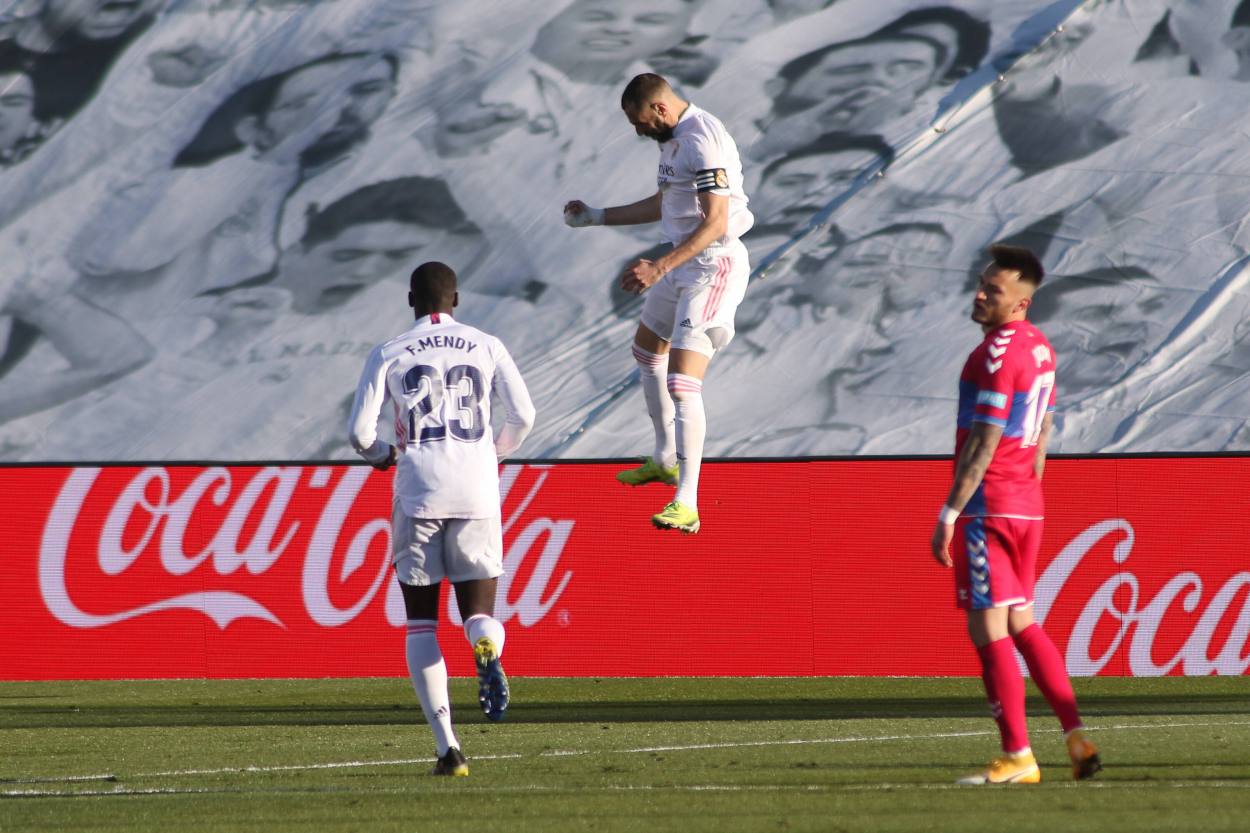 Karim Benzema scored an injury-time winner as Real Madrid came from behind to beat Elche 2-1 and move closer to La Liga leaders.

After a lackluster first half, the visitors broke the deadlock in 61st-minute when centre back Dani Calvo thumped home a header. But Karim Benzema restored parity in 73rd-minute with a close-range header from Luka Modric’s cross.

Zinedine Zidane went for the win and made bold substitutions in the likes of Eden Hazard, who returned to the squad after six weeks. The Belgian couldn’t make much impact after coming on, but it was the French man again who secured all three points for the home side as he rattled the net with a glorious strike from the edge of the box in 90+1’.

The win means Los Blancos move second, six points behind Atletico Madrid, who left frustrated by 10-men Getafe in a goalless draw later. While Barcelona sitting third – one point behind Real Madrid – will be in action on Monday against Huesca.

The defeat has rung the alarm bells for Elche, currently sitting 17th in the table, as they might end the game week in the relegation zone if results don’t go their way.

Zidane’s side will be in action on Tuesday against Atalanta in the second leg of UEFA Champions League R-16.