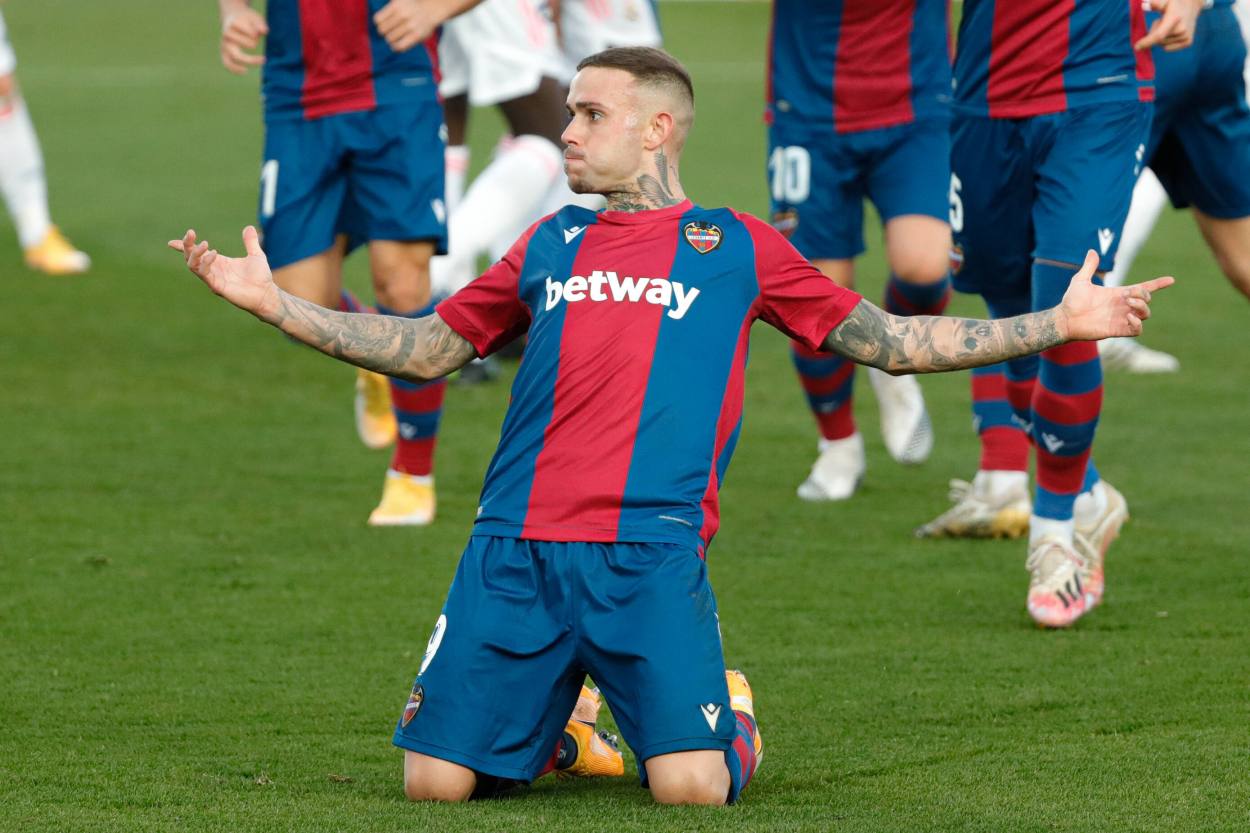 Zinedine Zidane, after recovering from COVID-19, returned to the sidelines for the home side. The Frenchman paired Eder Militao and Raphael Varane at the back on Saturday evening, but their partnership lasted nine minutes as Militao was shown red for tripping Sergio Leon.

Despite going down to a man down, Levante captain Morales restored parity as both teams went to the break on level terms.

Zidane then introduced Vinicius Jr. at the hour mark, but his first involvement was a foul on Clerc in the penalty box. Thibaut Courtois saved Roger Marti’s penalty to keep the game in the balance.

In the last quarter of the game, Marti made up for his missed spot-kick and put the visitors ahead with a first-time shot from Bardhi’s cross. It was the third defeat in last four games in all competitions for Zidane’s men including a shock exit from Copa del Rey.

Up-coming games for these two:

Real Madrid will travel to Huesca in La Liga on Saturday, while Levante will be in action in Copa del Rey quarterfinal against Villarreal on Wednesday.