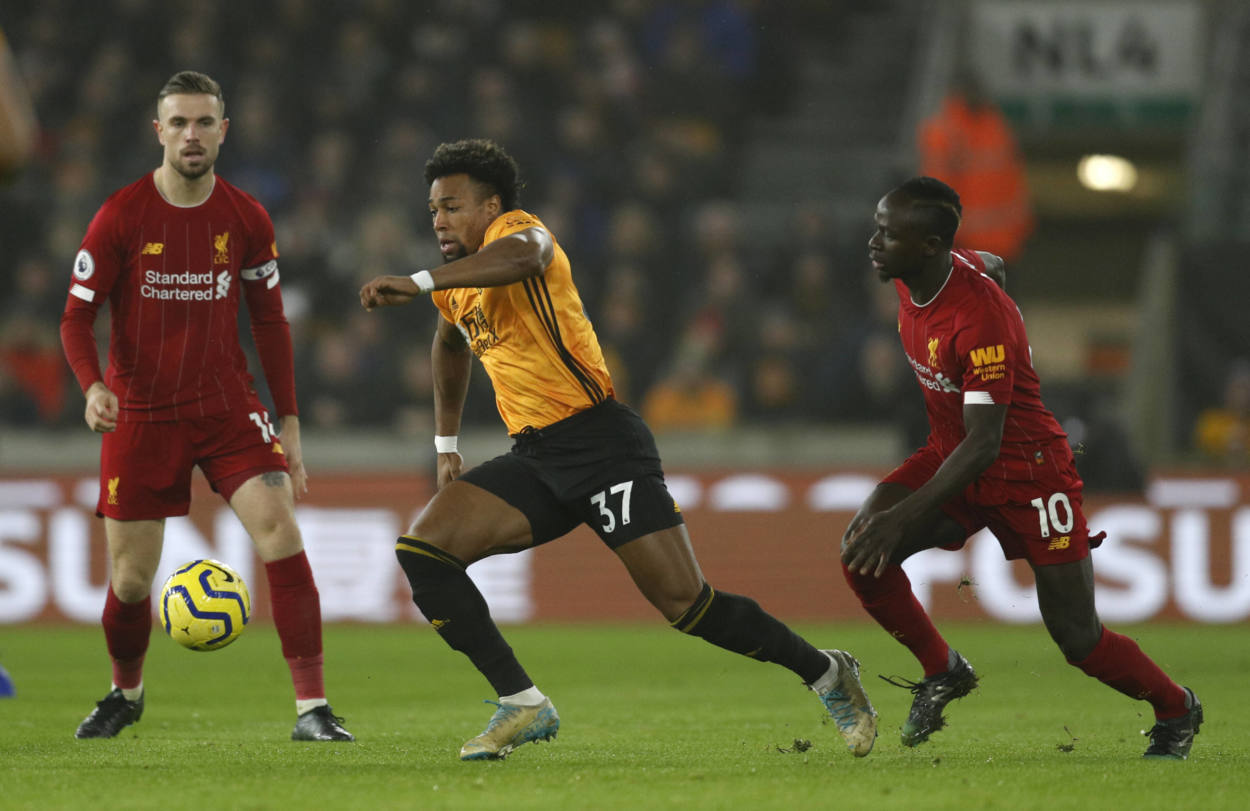 Revealed – Most fouled players in the Premier League 2019/20 season

Stats reveal that Wolverhampton Wanderers winger Adama Traore has been fouled the most times in the Premier League so far this season.

These are the attackers who cannot be stopped by the opposition defenders lest they are brought down to the ground in an unorderly fashion.

The sight was a familiar one to the Wolves faithful who see their side in action every weekend. Adama Traore had the ball at his feet and was running down the wing against a hapless Andy Robertson of Liverpool who knew that the only way he could stop the muscular winger was to bring him down.

What followed next surprised nobody. Correctly adjudging that Traore was through on goal but for that foul by the Reds left-back, referee Michael Oliver flashed a yellow card in the face of Robertson, making him the 20th player to be booked for fouling the ex-Barcelona man this season alone.

That made Traore, who finished the game with the man-of-the-match award, the most fouled player in the top tier of English football. He has been fouled by players from 14 teams in the Premier League so far this season.

Hence the reason why Jurgen Klopp was going lyrical about the 24-year-old long after the match had ended. The Liverpool manager was convinced, as he spoke to the press, that Traore can be unplayable on any given day.Although Traore stands alone as the most fouled player in the top flight this season, the Wolves winger faces competition from the likes of Wilfried Zaha and Jack Grealish.

Zaha has never been the favorite of opposition full-backs due to his pace and trickery, and he has drawn one less yellow (19) than his Wolves counterpart.

Number three on the list is Aston Villa captain Jack Grealish. The England international has been the reason why 17 of his opponents have gone in the referee’s book so far this campaign.

Manchester United fans won’t find it surprising that it is their very own Daniel James who is 4th on the list. The Welsh speedster has drawn 17 yellows in his opening 23 games in the league for the Red Devils.

Completing the top five is Richarlison, a surprising fact given that all the other players above the Everton striker in the list are either wingers or midfielders. Eleven men have been booked for bringing him down.Traore’s Wolves teammate and fellow attacking midfielder Diogo Jota has made sure that 11 players have gone in the referee’s book while trying to bring him down.

The 24-year-old shares that number with his Newcastle United counterpart Miguel Almiron, who has also drawn 11 yellow cards for opposition players this term.

Liverpool also make it to the top 10, albeit via their on-loan midfielder Harry Wilson whose time at Bournemouth has seen the Welshman yielding 9 yellow cards for opposition players.

Crystal Palace striker Jordan Ayew might not be scoring as many goals as he’d have liked, but he is undoubtedly attracting the ire of opposition players, as suggested by the 9 yellow cards he has drawn this term.

The final player in the top ten is Chelsea winger Willian. Age hasn’t mellowed the 31-year-old as his pace and skill has made Willian responsible for 8 of his opponents earning the referee’s ire this campaign.